Only Love Can Break Your Heart?

Broken heart syndrome, or Takotsubo syndrome, is thought to be caused by stress. It seems to be on the increase during the COVID-19 pandemic. 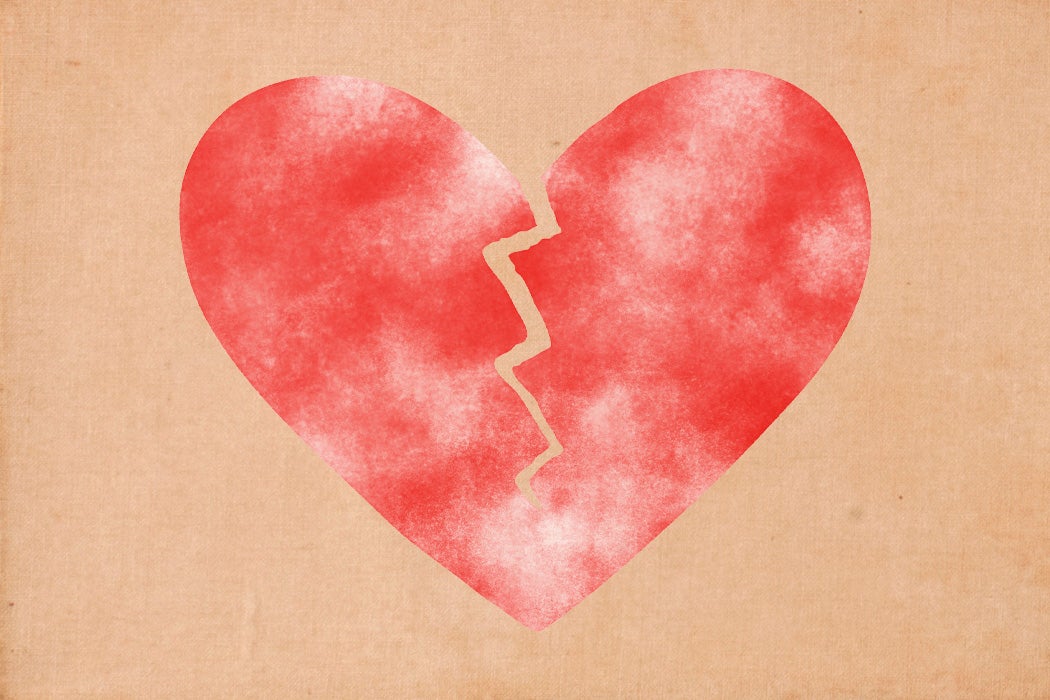 How we name our diseases, disorders and syndromes can be a matter of stake-claiming (the discoverer is immortalized with their surname attached), description of the observable manifestations or, on occasion, verge on the poetic. Takotsubo, or “broken heart” syndrome (TTS) represents the latter. There’s been a surge of recent diagnoses.

First discovered and named in Japan in 1990, “tako-tsubo” is the name of an octopus trap, a jar with a wide middle and narrow neck that bears a close resemblance to the appearance of the left ventricle of the hearts of those affected. Ninety percent of people diagnosed with TTS are women between the ages of 58-75 years old, and in the US, between 50,000 and 100,000 women are diagnosed with Takotsubo syndrome each year.

Perhaps it’s no surprise that the potential for an increase in cases would arise during a global pandemic.

The symptoms can appear as a heart attack, but without the underlying biochemical markers that would indicate a true attack. Studies of the syndrome have found that life stressors such as the death of a loved one (human or pet), changes to financial status, moving homes, or other significant events can bring on Takotsubo, so perhaps it’s no surprise that the potential for an increase in cases would arise during a global pandemic. A 1967 paper in the British Medical Journal discussed grief as a possible factor for increased mortality among loved ones in mourning, referencing “grief” as a cause of death in London mortality tables going back to the seventeenth century.

In a 2020 paper, researchers found that 7.5 percent of patients, both with and without COVID-19 infection, and presenting with acute coronary syndrome (sudden reduced blood flow to the heart) had Takotsubo syndrome, compared with 1.5 percent prior to the pandemic. Further, a 2021 literature review found that patients with Takotsubo syndrome and COVID-19 had a lower incidence of underlying cardiac issues, but more future complications than those without COVID-19, with most patients women within the age range of typical Takotsubo cases. (However, researchers reviewing hospital admissions from 2007-2012 for TTS found a 3-fold increase in the diagnosis over the five year period examined, so it may have been on the rise even before the pandemic.)

The 2021 New York Times article on languishing—”a sense of stagnation and emptiness”—struck a chord with readers, and on social media. For some, it gave name to a state that’s become their “normal” in an abnormal world. Contrast “languishing” with “broken heart syndrome”: the former is chronic vs. acute, long-term vs. transitory. Most Takotsubo cases resolve themselves, and within two months, a person’s risk returns to normal. One can languish for years, if the pandemic is any indication.

The mechanisms of TTS are not completely understood: possible causes are adrenaline surges because of the life stressors described above. In fact, the shape of the left ventricle in Takotsubo may be due to varying density of adrenaline receptors in the left ventricle, resulting in the change in shape to resemble the “octopus trap.” Another cause may be cytokine storms: a response of healthy people to infection that can be so overwhelming they end up killing a person while trying to fight off the illness. It was a cause of death in the 1918 influenza pandemic, and was noted at the beginning of the COVID-19 outbreak  as a potential cause of death in those infected.

One might wonder: if a heart can be broken by grief, loss, and stress, can it also be healed by joy, gain, or happiness? There is a subtype of Takotsubo called, yes, “happy heart syndrome.” The same changes in the left ventricle are observed, at a much lower rate, in patients after a positive emotional experience. The fact that one’s heart can break with happiness as well as grief seems like a poetic injustice, or at least an evolutionary maladaptation. When this is all over, we’ll hopefully have figured out how to both rejoice, and mourn, without further injury. 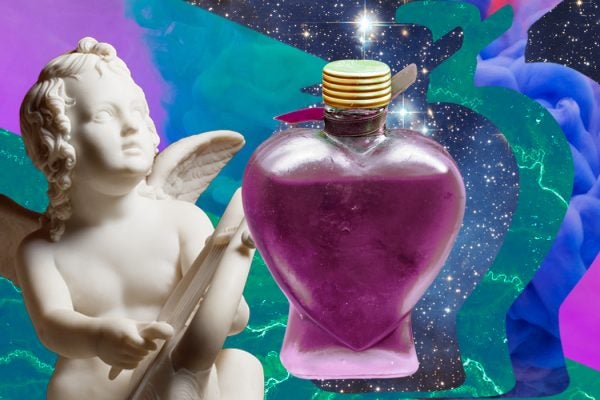 What’s in a Love Potion?

Besides the infamous Number Nine, that is.