Nuclear Power Without the Meltdowns?

When it comes to nuclear power, one word in particular instills fear: meltdown. But what is a meltdown? Can one be avoided? 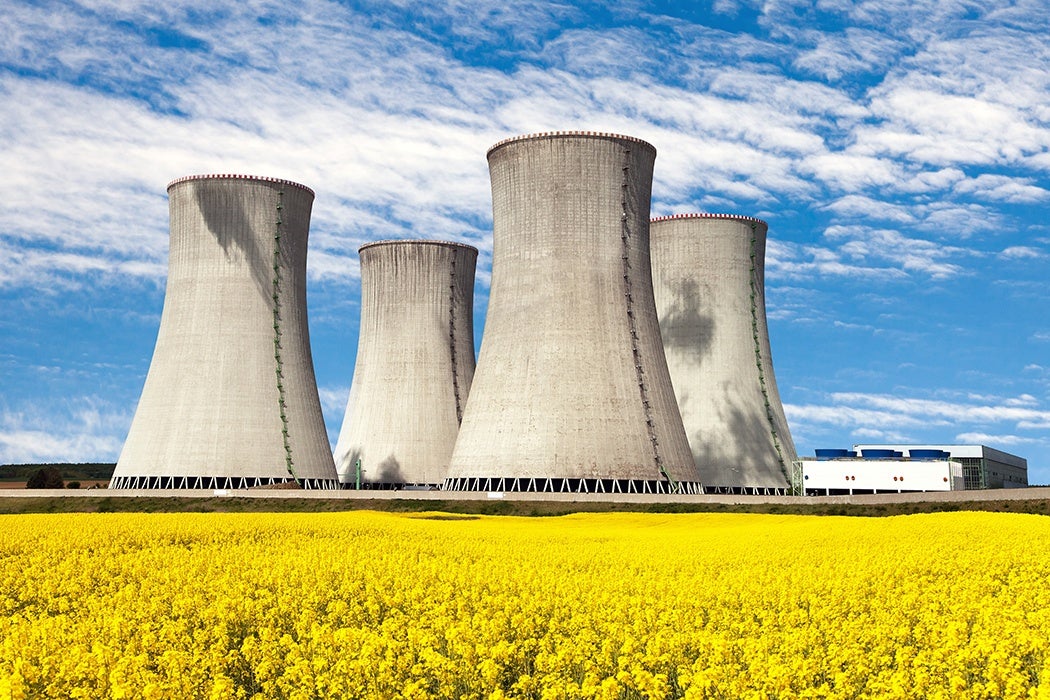 As the world increasingly looks to move beyond carbon fuel, some environmentalists view nuclear power as a key component of a cleaner fuel future. Others (and not just those who live near nuclear power facilities) are nervous at the prospect of increased use of nuclear power. One word in particular instills fear: meltdown. But what is a meltdown? Can one be avoided?

The reaction in a power plant begins when many different sources of neutrons—fuel pellets—are placed together. The pellets bombard each other with neutrons, causing fission. Fission happens when a heavier element, most often a form of uranium, is split into smaller pieces, releasing energy. As each fuel atom splits, it releases more neutrons, which split yet more atoms. This is a nuclear chain reaction. Water both keeps the reactor cool and helps slow neutrons to a speed where they can actually initiate fission (fission will not occur on its own in conventional reactor fuel). To prevent the chain reaction from moving too rapidly, control mechanisms between the fuel containers absorb extra neutrons. As an extra precaution, nuclear plants are shielded by containments: layers of accident-containing steel and concrete.

While not apocalyptic, nuclear meltdowns are still very bad.

One of fission’s byproduct is heat. (Another byproduct may be gamma rays.) The heat boils (clean) water, producing steam, which turns a turbine and produces electricity. If the cooling process stops for any reason, or the chain reaction moves too quickly, the fuel will overheat. The fuel pellets are typically sealed inside zirconium-clad tubes. With enough heat, zirconium and water react to produce additional heat and large amounts of highly combustible hydrogen. If that hydrogen is exposed to oxygen, a massive explosion may occur (think Hindenburg). This is the main misconception about nuclear accidents: There can be massive, deadly explosions, but they are conventional, not nuclear, explosions.

If the solid fuel heats up even further, it will literally melt: a meltdown. In a meltdown, a highly radioactive blob is loose in the core. The molten, toxic blob can melt through the core and into the ground, especially if the containment is compromised by hydrogen explosions, contaminating groundwater and land. Explosions can blast radioactive steam and particles through any containment breaks with long-term health and environmental consequences.

So while not apocalyptic, meltdowns are very bad. But a different type of reactor, first debuted in the 1960s and now seeing renewed interest, uses liquid fuel made of fluoride thorium and a salt. There are safety advantages. For one thing, the fuel is already liquid, so it can’t melt. In a solid fuel reactor, the cooling water must be pressurized to prevent boiling (see the Ideal Gas Law), increasing pressure on the containment, making breaches more likely. If liquid fuel overheats, it expands, reducing the density of neutrons and slowing down a runaway reaction (but it can still spill). Proponents also insist that waste disposal is easier with liquid fuel reactors. There’s reason to be skeptical about any technology that claims to solve every problem, but it’s worth looking into.