We need to approach our online conversations with an awareness of the different levels of risk and vulnerability each of us bring. 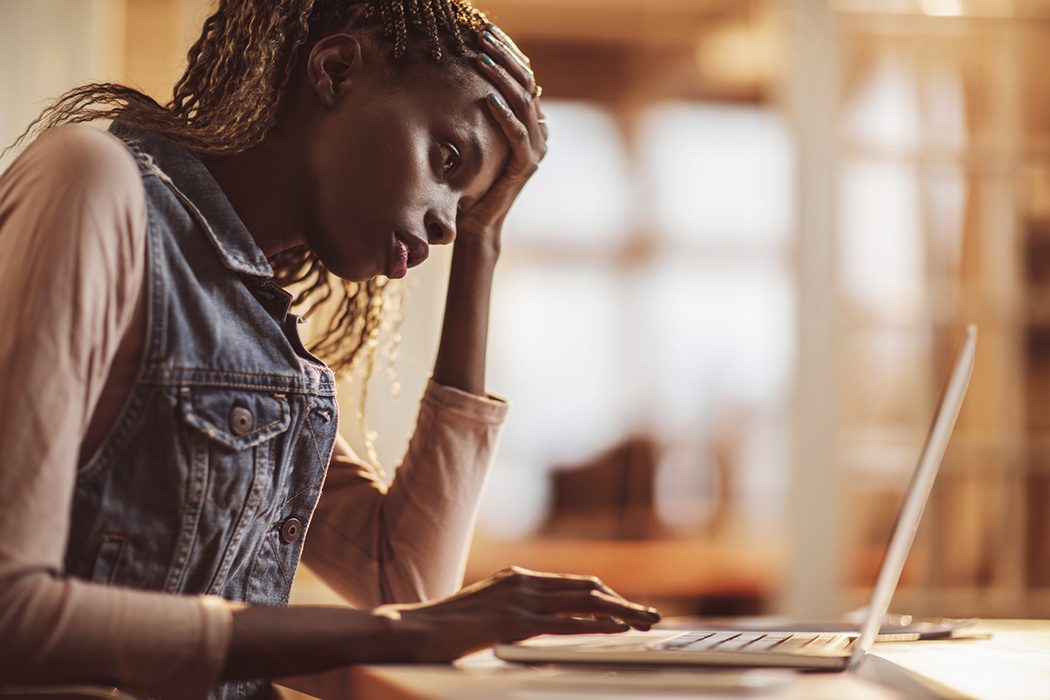 These are the kinds of news stories that send us scurrying to the internet for the latest headlines, or to our favorite social networks and email lists so we can talk the stories over. But we come to these conversations with radically different levels of investment, setting the stage for confrontation, hurt feelings, and even trauma.

Let’s take the present example: a U.S. election result that has left some people celebrating, and other people mourning. Yet even among the mourners, conversations are fraught. There are those for whom the election result is regrettable, and even frightening, but not immediate: as a white woman living in Canada, I feel lousy, but I don’t feel I am in imminent danger. I wish I could say the same for a dear friend who is a turbaned Sikh living in a mid-size town in the heart of the red American South. When we talk about the election online, we have radically different stakes in that conversation.

That’s why it’s crucial for us to approach our online conversations with a keen awareness of the different levels of risk and vulnerability each of us bring to the story of the moment. If we want to preserve the relationships and communities we care about, let alone tap into the internet’s potential as a forum for meaningful engagement, we need to understand the complex interplay between collective identity, personal trauma and online communication.

The more upset you were by the election result, the more vigilant you need to be about your online communication.

I’ll start with the limitations of the internet itself, since there are particular characteristics of online communication that make high-stakes conversations risky.  As Jung-ran Park writes, “text-based CMC [computer-mediated communication] affords neither the speaker nor the hearer opportunities for communicating meanings through kinesic cues such as gesture and facial expression or through vocal qualities such as intonation and accent.”

The “thin” quality of online communication is especially problematic in fraught conversations. As Susan M. Wieczorek notes in her analysis of physician communication, email

encourages immediate expression of thought without regard for the time of day or the physical presence of the receiver. Its spontaneity is both its benefit and its demise, for a person may write a note in a moment of anger, trauma, or sentiment and then send that expression without ever being able to “take it back.”

In other words, people who are upset by a news story are more likely to blurt something out online. The more upset you were by the election result, the more vigilant you need to be about your online communication, because you’re at risk of saying something thoughtless or hurtful when you’re distraught. Look no further than the nearest liberal Facebook thread to find people leaking their messy emotions in clumsy posts and comments.

In a fraught conversation, those spontaneous and emotional posts can also pack a bigger punch, because they are received by people who are also in an emotionally vulnerable state, albeit to different degrees. As David Jacobsen writes, “Online and offline, people interpret behaviour by placing it in context. However, different people contextualize the same behavior in different ways, thereby attributing different meaning to it.”

The way people contextualize specific online content isn’t just a function of their ideological position, but of their own emotional investment in a given story.  For some of us, the Trump election is just news; for others, it’s actually traumatic. And there’s a growing body of literature that can help us understand the nature of this trauma: the work on “collective trauma,” which posits that terrorist attacks and other geopolitical events can have psychological repercussions that go far beyond those who are immediately affected.

even when not self-experienced, traumatic events can take the shape of an external rupture that shakes our fundamental views of the world—a sense that nothing will ever be the same again, that there is no way of going ‘back to normal.’ The trauma is repeated through narrative accounts of the events, thus perpetuating a feeling that the trauma never left.

Who experiences a news story as traumatic, and who simply experiences it as information, depends on the personal context in which these stories unfold.  In “Who Develops Posttraumatic Stress Disorder?” Emily Ozer and Daniel Weiss look at the background conditions that affect not only individual experiences of PTSD in the aftermath of specific traumatic events, but also, the prognosis for people who experience “pervasive traumatic stress:”

for example, in the contexts of chronic physical or sexual abuse, deadly civilian conflicts and genocide, or severe community violence in low-income urban areas. The impairments of such individuals, including problems in interpersonal relationships and affect and impulse regulation, may be complicated and difficult to treat (Herman, 1992). The self-perceptions of people who have experienced ongoing trauma seem to be dramatically worse than those of individuals who have experienced discrete traumatic events in the context of otherwise normal development.

When the internet gets consumed by a major news story, there will be people for whom that news story is directly connected to an experience of pervasive stress, or to an earlier life trauma. Crime stories may upset assault survivors; financial crises could be triggering for those who’ve experienced a life-changing financial setback.

And even shifts in political fortune can be traumatic for those who experience the psychological hangover of previous, analogous events. This particular election result has been deeply disturbing to communities with histories of authoritarian or racist repression.  In “Expanding Trauma through Space and Time,” Thomas Degloma cites those who argue that “the psychological impact of American slavery spreads beyond those who directly experienced those events to reach present generations of African Americans,” as well as those who believe that “Holocaust survivors exhibit a variety of post traumatic symptoms that cause their children to exhibit their own adverse psychological symptoms.”

When a major, emotionally fraught story gets dissected and discussed online, we therefore have all the ingredients for a perfect storm: A communications medium that enables global conversations across difference, while stripping out most of the non-textual cues that allow people to build interpersonal understanding and empathy. A medium that allows people to post instantly, even (or especially!) when they’re in a state of intense emotion. A medium that reaches many people who find the subject traumatic, and who may even be re-traumatized by further news and conversation.

If that sounds like an apt description of the conversations you’ve witnessed online this week, let me remind you that it’s by no means a unique situation. I’ve seen people reduced to tears by online conversations about sexual assault cases. I’ve seen friendships end over strategic differences in municipal election campaigns. I’ve been personally distressed by online discussions of education policy, because (as the mother of a special needs kid) they get to my soft underbelly.

The truth is that we are all hurting units, blundering around in cyberspace and waiting for our raw edges to come into contact with someone else’s sharp prickles. So how do we get better at having the online conversations we need to have, without injuring ourselves or others?

Once again, we can learn from the literature on trauma, which addresses not only the needs of trauma survivors, but of those who would treat them. It turns out that trauma counsellors are themselves subject to “secondary traumatization;” Nathalie Kees and Patricia Lashwood note that exposure to the trauma of others can lead to symptoms like “reexperiencing the client’s traumatic event in recollections and dreams; avoiding thoughts, feelings, and situations related to the event; experiencing feelings of numbness, detachment, and irritability; sleep and concentration difficulties; and hyper vigilance.”

Their prescription is to follow the advice of Buddhist thinker Pema Chodron, who

suggests using an ancient Buddhist practice called “tonglen,” in which the listener breathes in all that the speaker is saying and feeling, experiencing this fully, and then breathing it out and fully letting it go. In this way the listener is able to remain in the present, giving the speaker full, compassionate attention, without the feelings of urgency to fix or solve the problem.

It’s good advice for a trauma counsellor, and it’s good advice for an internet user, too. Those moments when you’re most distressed by what you’re reading online—well, those are the moments you know you need to be cautious in how you engage, to protect yourself and others.

But just because you’re OK doesn’t mean everybody else is OK, too. The internet is a network of human beings around the globe, which means it’s a network that includes a great many trauma survivors.  Think of yourself as a first responder to the traumatized, and it may just become a network in which we can help each other more than we harm. We’ve never needed that network more than we do today. 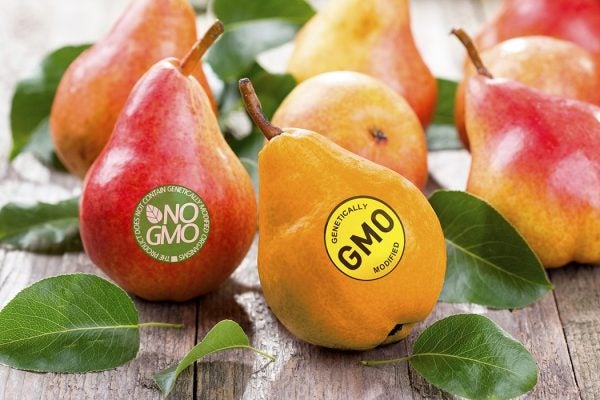 Are GM Crops Worth It?

GM crops have been controversial from the beginning. Proponents argue they are better commercially, but that analysis is coming into question.