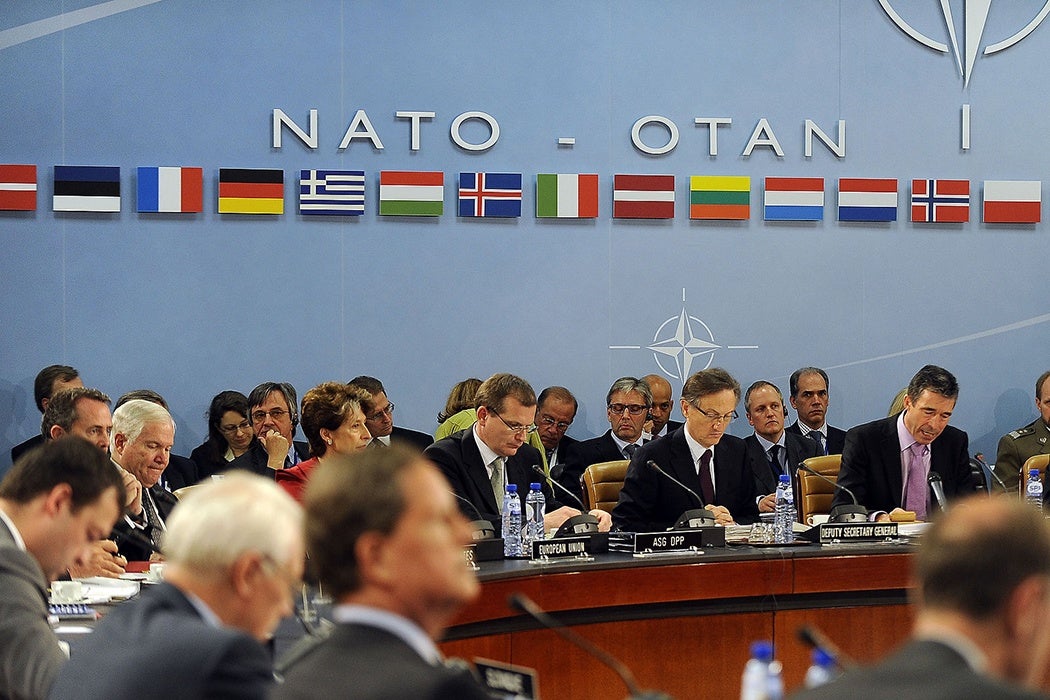 The North Atlantic Treaty Organization (NATO) began on April 4, 1949, in the iciest freeze of the Cold War. NATO united Western Europeans with their American and Canadian cousins in an alliance promising mutual defense against potential Soviet aggression.

By all accounts, NATO worked. The tenuous European peace held, despite the legacy of two world wars. The Soviets never did invade Western Europe, and, as the world watched in amazement, the Berlin Wall fell in November of 1989 and Germany reunified soon after. The Soviet-led Warsaw Pact disbanded and, by December of 1991, the Soviet Union itself was no more.

Its purpose achieved and victory declared, many expected NATO to disband. But it hasn’t. The reasons why have inspired much scholarly discussion.

NATO held together in a post-Soviet world largely because the alliance was never simply just a military one. Even its military purposes were never solely about deterring potential Soviet aggression. It was formed just four years after catastrophic world war, when Western Europeans still harbored suspicions about an emergent Germany. NATO, with its outsized role for the United States, helped allay those fears. The American presence, the British and the French felt, would guarantee that Germany would not emerge as an aggressive power and that the U.S. would continue to hold an interest in a more prosperous Western Europe. It was a vision that was largely achieved.

NATO’s post-Soviet Union identity crisis resolved itself as real-life crises around the world continued to multiply. The post-Soviet world emerged quickly as one rife with conflicts. The North Atlantic economic dominance, symbolized by NATO, began to erode as China, India and Japan emerged as economic powers, and as rogue states such as North Korea and Iran threatened global harmony. The 9/11 attacks again changed the military dynamic; the United States became the beneficiary of  support from its NATO allies as European troops fought in Afghanistan.

The alliance has expanded and now includes 28 countries, some of whom were once allied with the old Soviet regime. In today’s world, with a more aggressive Russia emerging under Vladimir Putin, NATO is still seen as a bulwark of defense against Moscow. The nagging issue of the European governments contributing more to its expenditures continues. The Trump administration has sent mixed signals. And a more robust Germany continues to raise old suspicions.

But the NATO alliance continues, providing a mechanism for a unified Europe poised to confront new security concerns. Some see it extending even further, even one day, incorporating Russia itself. That could prove to be an irony of historic proportions, given that NATO was formed to resist Soviet Russian influence.

NATO's Final Frontier: Why Russia Should Join the Atlantic Alliance
By: Charles A. Kupchan
Foreign Affairs, Vol. 89, No. 3 (May/June 2010), pp. 100-112
Council on Foreign Relations
An Agenda for NATO: Toward a Global Security Web
By: Zbigniew Brzezinski
Foreign Affairs, Vol. 88, No. 5 (September/October 2009), pp. 2-20
Council on Foreign Relations 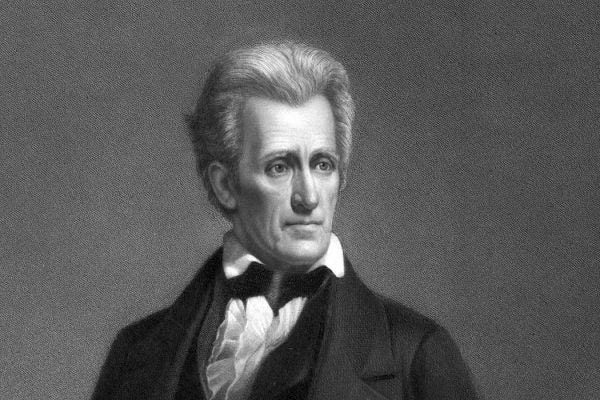 On the 250 anniversary of Andrew Jackson's birth, a look at his squashing of the first great nullification crisis in American history.