Well-researched stories from Nursing Clio, History, and other great publications that bridge the gap between news and scholarship.

Why are these boarding school girls getting sick? (Nursing Clio)
by Courtney Stafford-Walter
In southern Guyana, girls at boarding schools are vulnerable to a kind of breakdown known as “the sickness.” To understand why, an ethnographer examines the disruption of culture in the Amazon.

From eugenics to CRISPR (The Atlantic)
by Nathaniel Comfort
The eugenics movement of the early twentieth century wasn’t just morally abhorrent. Given what we now understand about the endlessly complex nature of heredity, it was also absurdly overconfident.

The daring promise of ice cream parlors (Atlas Obscura)
by Jessica Gingrich
Why is an ice cream restaurant called a parlor? It’s all about the controversial movement of women into public spaces in the mid-nineteenth century.

A loss of meaning (The New York Times)
by Clay Routledge
Why have U.S. suicide rates risen, while more people have begun seeking help for depression and anxiety? It may come down to existential crises driven by the loss of meaningful cultural institutions.

The truth about Ellis Island (History)
by Lesley Kennedy
What was it like to be processed as an immigrant at Ellis Island? Very quick, with minimal official questioning and no paperwork at all. 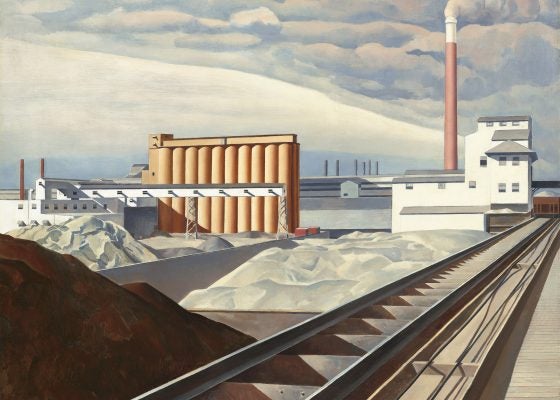 The American Art Style that Idolized the Machine

Precisionism, a modernist art style that emerged in the early 20th century, glorified the machine age, all but erasing the presence of people.