A look at M.I.A’s groundbreaking Arular at ten years old. 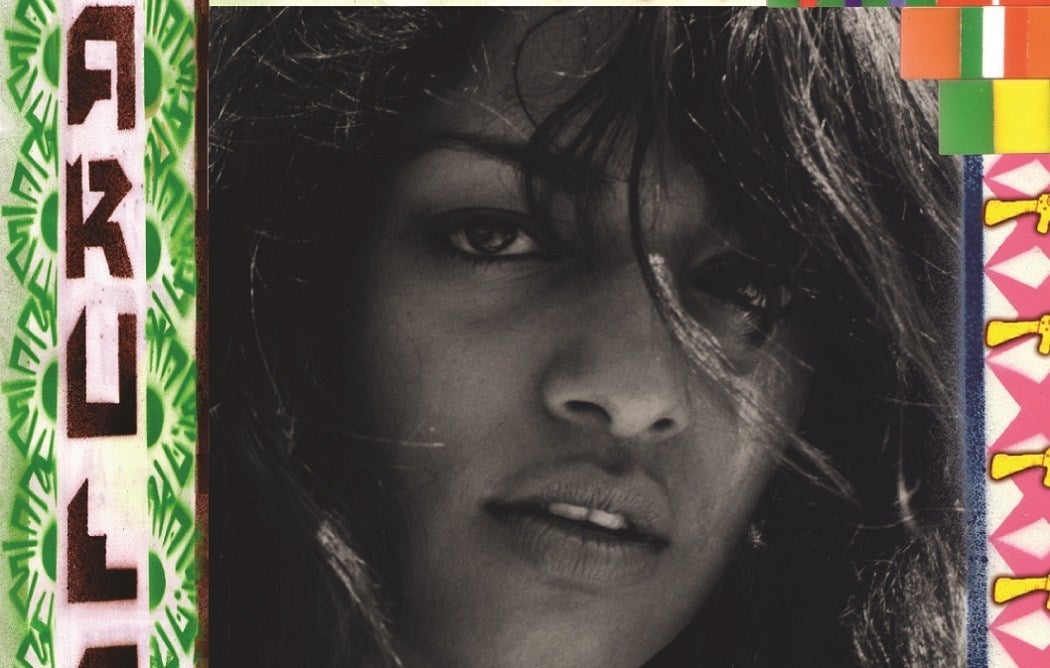 “Slaves sang when they fucking crossed the river. It’s a new thing for us to remove that in order to make monetization easy.” –M.I.A. Rolling Stone, 2015

For Sri Lankan musician M.I.A. (Maya Arulpragasam), there is deep and long-standing synergy between political realities and creative, musical output. As she notes in a 2015 Rolling Stone interview about the 10th anniversary of her first album, Arular, the trend to de-politicize music from its roots in struggle is a recent invention.

Though I’m not sure if M.I.A. offers us a firm history lesson in her quote above, her words help to demonstrate the caustic, uncertain manipulations of social and rhetorical distinctions that artists often employ in order to jar us loose of our own distinction-making practices. New Brown Godz like M.I.A. reveal that our distinctions are never as solid as we assume them to be.

Arular seemed to drop out of the sky in the spring of 2005, shattering canopies that at the time were shading many Westerners from admitting to the complexities of racial and gendered identities in the years immediately following the 2001 World Trade Center attack.

Filled with sonic and social shout-outs to Western (and especially American) notions of freedom and cultural expression, and set against a backdrop of political resistance rooted in the Sri Lankan Tamil fight for liberation, Arular was too Western to resist, but too complicated to leave us Westerners with easy impressions of identity—hers or ours.

A look at M.I.A’s groundbreaking Arular at ten years old.

Intensity and complex iterations of identity mark M.I.A. musically and politically. She says “that’s why you have to listen to me. I am not a terrorist, but everybody is getting called one. And if George Bush succeeds in calling everyone one, then I would technically be one because I am brown, therefore I am. And if we carry on like that, then …a whole bunch of innocent people are going to get massacred to death on a beach.”

Arular “wanted more color, more culture, more liberalism and we wanted more celebrations.” The album offered “a progressive moment” and left many feeling “empowered.” By this token, it was quintessentially hip hop, in that it proffered a to-do-for-self ethic and aesthetic that celebrated difference by sitting with the robust and unknown, uncertain of all but the beauty of “people being able to make shit in their houses and have that exhibition pop up on the street…It was really about people coming together and having a good time. I think that’s like, something to fight for. It’s weird. That itself has become a thing to fucking fight for, you know?”

M.I.A.’s Rolling Stone interview brings to mind the distinction between the artist and the art, wherein the presence of the art (as a work) seemingly relies on the artist removing herself from the space where a work presents itself, such as a gallery. Does Arular rely on M.I.A., or might the opposite also be true?

More complicated still, perhaps the ten years since Arular dropped have allowed the album to present a vision of present recognition of complex, black, brown, resistant humanity in a complexity that would not have been possible were it not for the distinction posed between M.I.A. and her art.

Such questions of presence and absence foreground a commonality between M.I.A. and a scholar whose work I often use to think about M.I.A., queer theorist Jasbir Puar. Puar’s groundbreaking 2007 work Terrorist Assemblages: Homonationalism in Queer Times brilliantly situates identity construction, in particular the construction of the terrorist subject as a queer subject, with assemblage theory. Puar’s book pushes beyond narrow binaries to demonstrate that many rely on politicized binary renderings of “identities” (e.g. gay, terrorist), and then offers the language of “assemblages” for scholars to better handle these things we’ve tended to call—for far too long—identities.

In terms of topical content, as well as complexity, I see various parallels between the work of Puar and the creative output of M.I.A., each helping (unknowingly) to unpack the varied dimensions of the other. Recently, Puar was interviewed about the impact of her text on academic and global political discourses. And as usual, her words help to exemplify as well as analytically situate the relationship M.I.A. might have towards Arular. Puar says that:

It is both gratifying and complex to be connected to something that has gone viral and thus mutated (from) its host, part of a politics of citation and repetition—a promiscuous circulation in which origins and authorship are no longer primary. In some ways homonationalism’s recent travels has demonstrated assemblage, looking over time and through geo- and disciplinary spatialities of its citation, while in any single instance its use has been a reduction or distortion. Or not—I don’t claim to know.

The space across which Arular has traveled these past ten years seems to suggest something of an assemblage, as much made by the person of M.I.A. as by the many “spatialities of its citation,” at once given a kind of new life in the Rolling Stone interview. And yet, at the same time, such recollections and nostalgic truncated renderings, as they always do, flatten, reduce, and distort the form and content of New Brown/Black Godz. 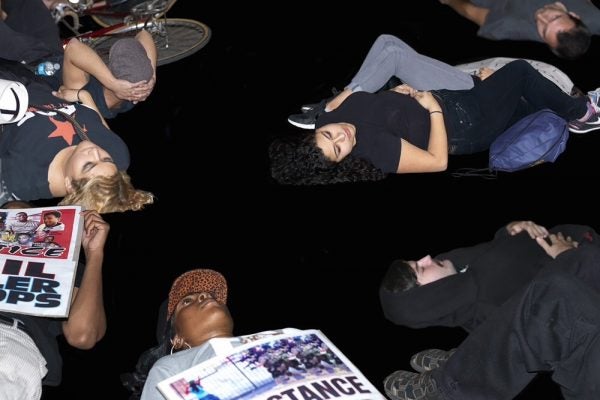 Ken Gonzales-Day and the Art of the Die-in