Some folklorists have hypothesized that the mythical beasts and monsters of legend were actually inspired by shadowy collective memories of megafauna. 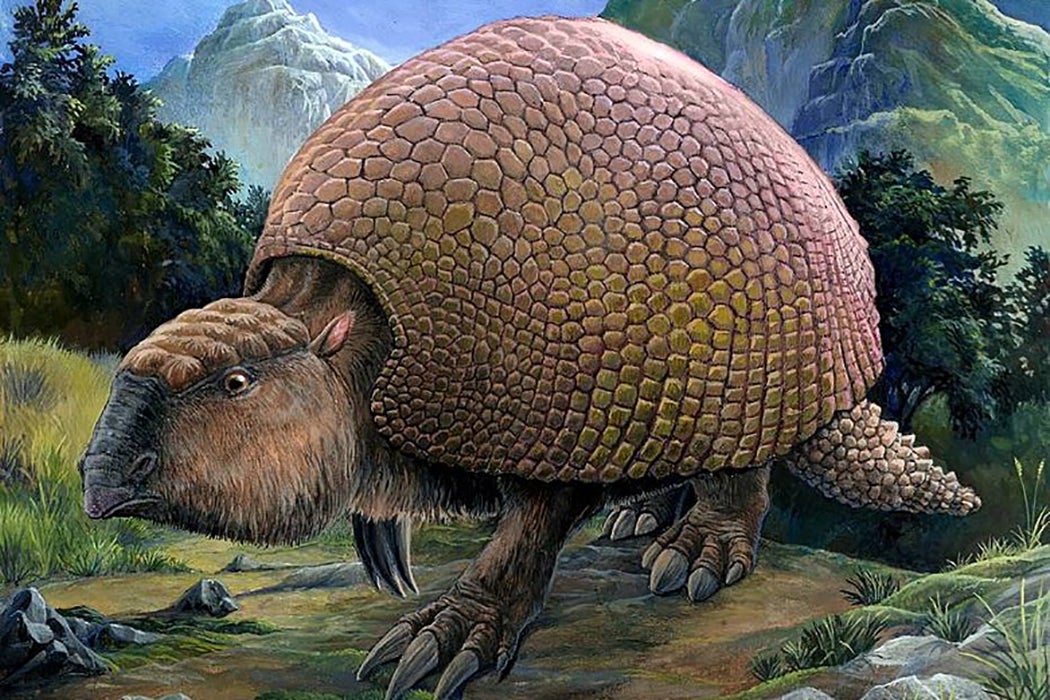 The Pleistocene megafauna must have impressed the humans who lived amongst them. In North America alone the big ones included mammoths, mastodons, dire wolves, saber tooth cats, camels, glyptodons (armadillos the size of VW Bugs), short-faced bears (which may have chased off the big cats from carrion), and other creatures that now sound like the stuff of science fiction. Or fable.

Across the Americas, as well as Eurasia, and Australia (which once had hippo-sized marsupials), the megafauna disappeared. They may have been driven to extinction by their two-legged cohorts.

Imagine, then, being the last person to see one of those giants. You would surely have told your children about them. And then your children might have told their children about them. But personal memory doesn’t last very long, and oral tales become embellished. As the memories of these animals faded, did the animals somehow enter the realm of mythology, translated or transformed into fabulous creatures, beasts, monsters? Most cultural traditions around the world, after all, have myths rich with gigantic animals.

Enlightenment figures like Thomas Jefferson looked at fossils of mammoths and sloths and saw them as illustrations of the stories told by Indians.

Americans in the early Republic certainly thought so. As George E. Lankford writes, “the question of the retention of Pleistocene fauna in Native American folktales has been continually debated by scholars for two centuries.” Enlightenment figures like Thomas Jefferson and the Comte de Buffon looked at fossils of mammoths and sloths and saw them as illustrations of the stories told by Indians. The “Pére des Boeufs” (possibly some kind of super bison), the “Great Beast,” giant elks, and giant bears populated these stories from Canada to Florida and westward. “In light of the great antiquity of motifs in Native American lore,” writes Lankford, “it is tempting to seek in legend collections ancient ethnographic data applicable to current archaeological problems.”

For instance, the Iroquois’ “Ancient of Beavers” is linguistically and categorically not just another beaver. In the Iroquois creation myths, this Ancient was the father or master of the beavers on the ground. Lankford likens this to a Platonic ideal of beaverness. It’s tempting to make a connection between this big daddy beaver of myth and the now-extinct beavers of the Castoroides genus. These were six to seven feet long—twice as big as the Castor beavers we know—and are thought to have disappeared by 11,000 years ago.

The debate on connecting myths with real but extinct creatures was still going back and forth in the 1930s and 1940s, between, for instance, anthropologists Ashley Montagu and Loren Eiseley. However, as Lankford notes, there’s just no way to prove actual connection. Folklorists “are skeptical about ‘historical’ memories reaching back more than a century” although there are some recorded examples of “longer persistence of folk memory.”

Lankford says “scholars will probably continue to believe the interpretation more to their liking.” His own opinion is that the “there does not appear to be any reason for seeing those memories in the texts which have survived.”

After all, the marvels of the human imagination don’t necessarily have to be based on experience. 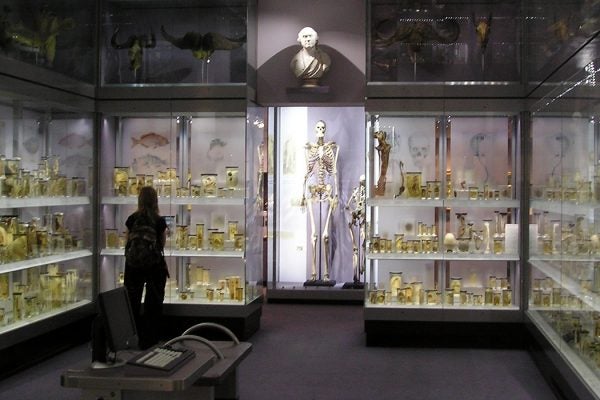 Will an 18th-Century Giant Finally Get a Burial at Sea?

The skeleton of Charles Byrne, the “Irish Giant," has been displayed in London's Hunterian Museum for 200 years. Byrne wanted a different resting place.