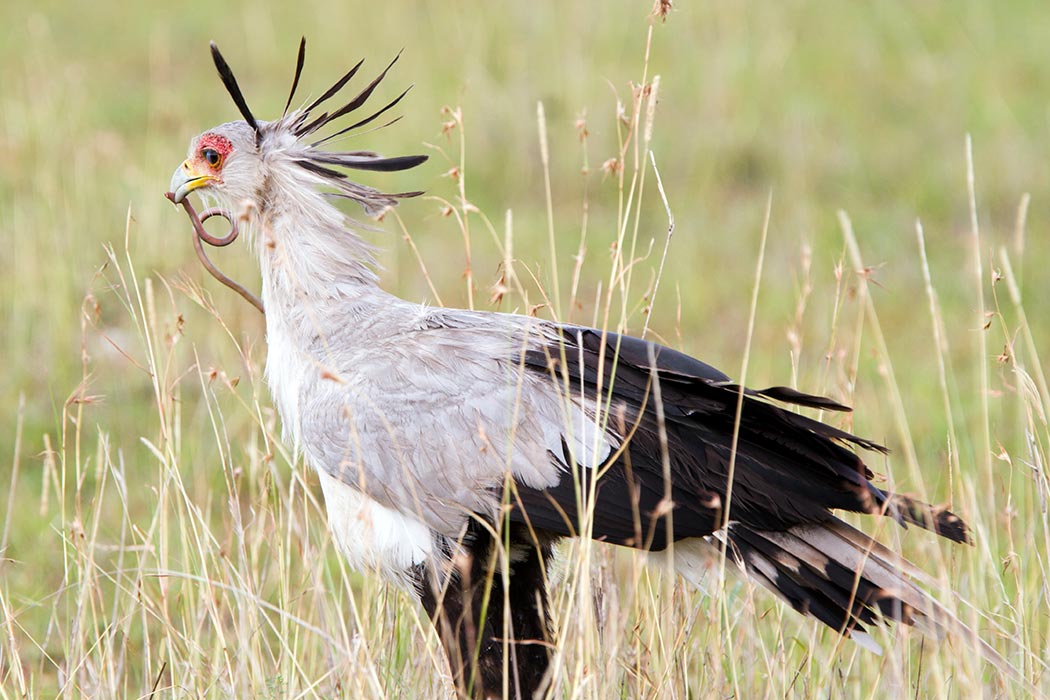 If snakes have nightmares, they most likely include secretary birds (or secretarybirds)—so-called because the birds’ crests, when flattened against the head, reminded 18th-century naturalists of clerks with pens stuck behind their ears. Biomechanics researchers taking a closer look at these large, snake-eating predators from the grasslands of Sub-Saharan Africa have discovered that the birds can deliver lethal kicks that put five times their weight directly on a snake’s head in less that 0.015 of a second. This is roughly 100 times faster than the snake itself can strike and faster than human vision can process.

There is a dearth of scientific research on secretary birds, but their snake-killing abilities—they can kill cobras, black mambas, and other highly venomous species—have been documented for ages: secretary birds are prominently featured in the tomb art of Ancient Egypt.

In fact, in his keynote speech at the 1877 conference of the Acclimatisation Society of New South Wales, George Bennett discussed importing the birds to Australia to control the venomous snake population there. The plan, designed to make the continent more suitable for its European occupants, was dropped, but Bennett’s speech paints a colorful picture of life in Colonial South Africa where tame secretary birds kept venomous snakes at bay. Bennett explained that secretary birds were strictly protected by law. Anyone caught killing a secretary bird was fined, a highly unusual circumstance in the 19th century, when wildlife was typically wantonly slaughtered.

Spotting the Akh. The Presence of the Northern Bald Ibis in Ancient Egypt and Its EarlyDecline
By: JÍŘÍ JANÁK
Journal of the American Research Center in Egypt, Vol. 46 (2010), pp. 17-31
American Research Center in Egypt
The Third annual report of the acclimatisation society of New South Wales with an address on the physiology, utility and importance of acclimatisation to Australia
Foreign and Commonwealth Office Collection, 1864 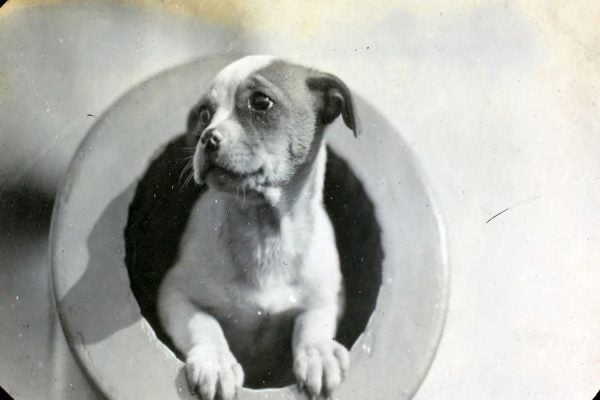 Humans see our own expressions everywhere, especially on dolphins and domesticated pets.