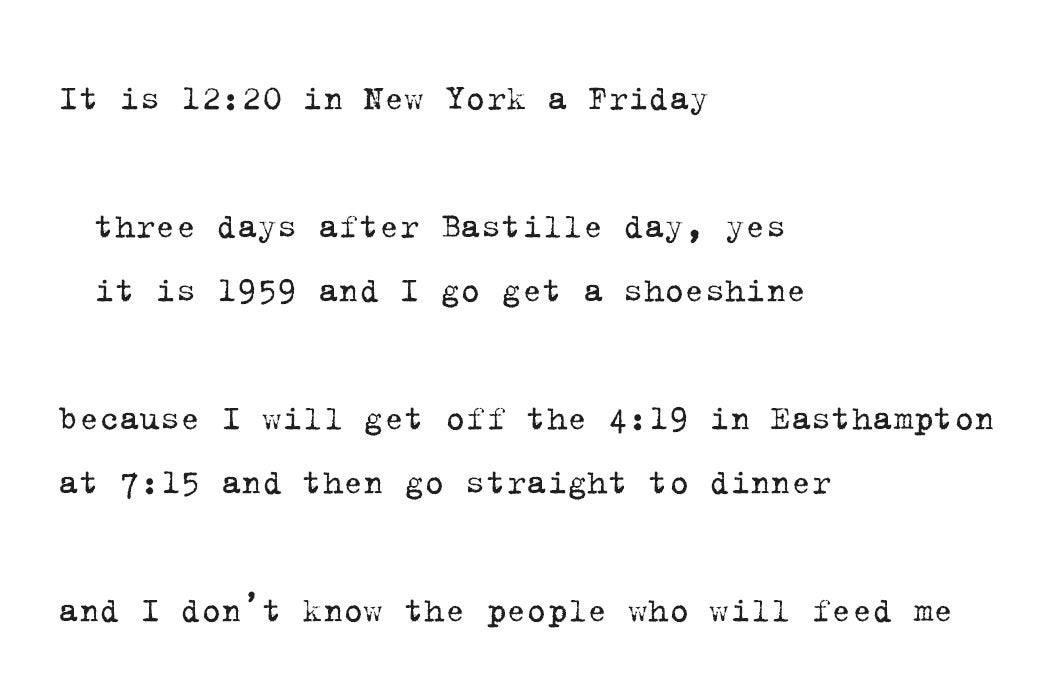 2014 marks the 50th anniversary of Frank O’Hara’s groundbreaking Lunch Poems, published in the Pocket Poets series by City Lights books. This short but potent volume contains thirty-seven O’Hara classics, including “The Day Lady Died,” “A Step Away from Them,” and the famous poem beginning “Lana Turner has collapsed!” City Lights has commemorated the anniversary by publishing an expanded edition of Lunch Poems, with a new introduction by O’Hara’s friend John Ashbery, and a selection of letters between O’Hara and his publisher Lawrence Ferlinghetti.

O’Hara died at the age of forty, in a bizarre dune buggy accident on Fire Island. Yet even at this early date, O’Hara was already influencing younger poets in his circle, while also serving as a strong advocate for painters like Jackson Pollock and Claes Oldenberg in his role as a curator at the Museum of Modern Art, where many of the lunch poems were typed.

Since his death O’Hara’s work has never fallen out of print. But the 2014 republication of Lunch Poems marks a new level of prominence for O’Hara’s work. (This may have something to do with a prominent appearance of his “Meditations in an Emergency,” on season two of Mad Men.) This year has witnessed a marathon reading of Lunch Poems in New York City. In June O’Hara’s residence at 441 East 9th street was graced with a plaque by the Greenwich Village Historical Association. Finally, Brad Gooch’s 1994 biography of O’Hara, City Poet, is reportedly being developed into a movie.

If at this point O’Hara seems like an institution, it may be surprising to learn that in 1964, the poetry establishment did not recognize Lunch Poems as the future classic it was to become. Writing in Poetry magazine in February 1966, Raymond Roseliep complains of O’Hara’s “wearisome cataloguing of personalia,” and of frequent interruptions of “shit” and “defecation,” all of which Roseliep finds “outmodishly beat.” Worst of all is O’Hara’s lack of “satiric intent” in advising mothers to let their children go to the movies to “have early sexual encounters” in his poem “Ave Maria.”

How could Roseliep fail to enjoy O’Hara satiric “Ave Maria,” in which the poet chides mothers not to blame him when their children go blind “in front of a / TV set seeing / movies you wouldn’t let them see when / they were young”?

One reason for Roseliep and other critics’ early distate, as Terrell Scott Herring argues in “Frank O’Hara’s Open Closet,” is that O’Hara’s verse was antithetical to the reigning New Critical models for the ideal poem, which elevated the polite anguish of Eliot or the stately declarations of Lowell. Instead of private confessions quietly crafted into impersonal plaints, O’Hara brazenly glorifies sex in movie theaters, one of the few spaces—public or private—amenable to gay sexual contacts at the time. Thanks to Herring, Gooch, and other critics, we now see how much of the early resistance to O’Hara’s work was a coded rejection of gay-coded gestures (“personalia,” camp, sexual directness). How fitting, then, Frank O’Hara should come to be memorialized at an eponymous poetry festival on the gay resort of Fire Island Pines in July 2014, with queer poets like Eileen Myles and Saeed Jones, and novelist Edmund White, reading his work. 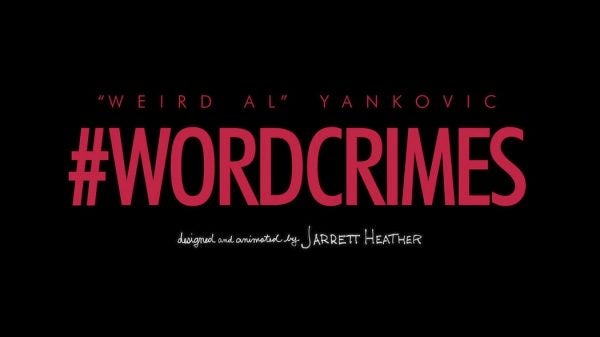 The Prose and Pedagogy of “Weird Al” Yankovic

The pedagogy in the music of "Weird Al" Yankovic