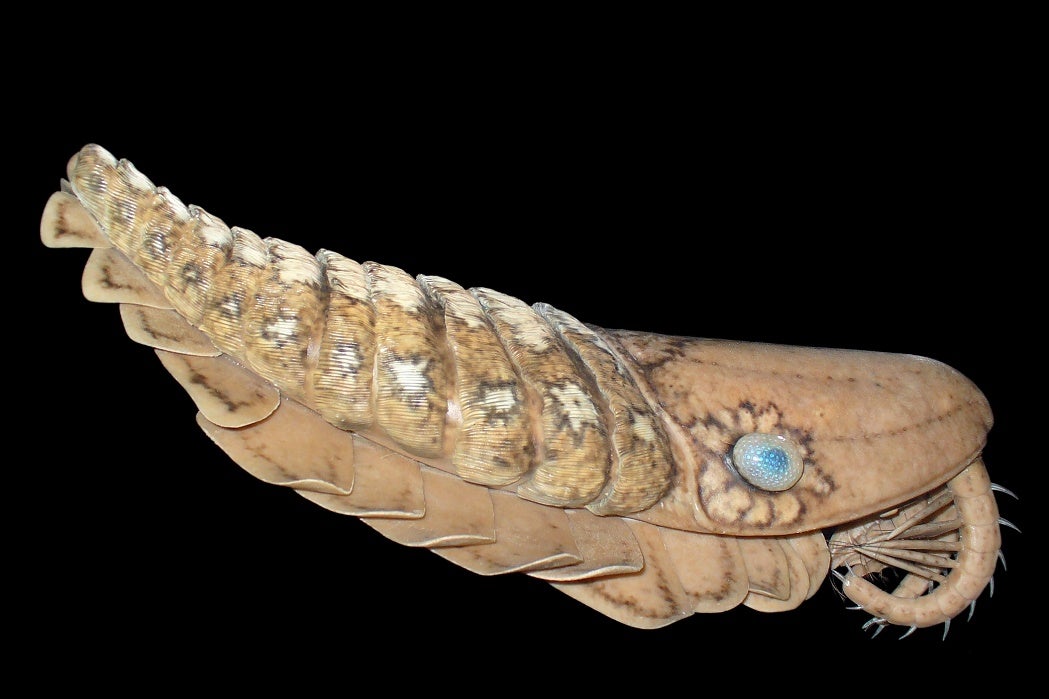 Researchers recently discovered something completely different: the fossil of a 7-foot long shrimp-like creature which ruled the seas 480 million years ago. In addition to its huge size, the animal had two sets of multiple legs.

While the average person would likely pass out from fright if they encountered one, these mighty beasts were harmless filter feeders, cruising the Ordovician seas feeding on clouds of plankton and other small prey like a modern day whale shark. The find sheds a lot of light on the early evolution of arthropods, and  the ecology of those ancient seas.

The new specimen belongs to ancient and little known group called the anomalocaridids, which literally translates to “anomalous shrimp.” These creatures were known from partial fossils since the Victorian era but it was not until the 1990s that paleontologists realized that the pieces belonged to the same animal, according to a 1994 article by Richard Monastersky.

The first anomalocaridids were about two feet long and flattened, or, as Monastersky says, the size of a good-size flounder. The difference is that the first known anomalocaridids had a ring-shaped mouth surrounded by sharp teeth. The mouth did not fully close, so prey would have been crushed and then strained through this Cambrian pie hole. One mouth specimen, which is still awaiting the discovery of a corresponding body, was nearly 10 inches across. It is no wonder that Chinese paleontologist Jun-Yuan Chen colorfully refers to anomalocaridids as “the first monsters.”

The truth about anomalocaridids revolutionized our understanding of the Cambrian period. The longstanding view of the Cambrian is that while it was a time of great diversification and crucial to evolution of life on Earth, ecologically it was pretty sterile. Most organisms were small, and predation was believed to take place among small organisms, mostly in the mud.

After anomalocaridid, evidence from coprolites (fossilized feces) makes clear that there was a fully functioning food chain throughout the Cambrian ocean, from the mud all the way through the water column. Predatory worms prowled the muddy sea floor, and jellyfish-like predators roamed the upper water column. Anomalocaridids and other arthropods patrolled just above the muck. There is as yet no evidence of top predators but the understanding of this long-ago era is still patchy.

The new anomalocaridid fills in the picture even more. The fact that it ate plankton is proof that there were, well, plankton in the Cambrian as well—enough plankton to sustain large animals. The two sets of legs helped researchers finally understand that anomalocaridid was an arthropod (the group that includes insects, spiders, centipedes, and crustaceans). The exact nature of anomalocaridid had baffled researchers even after its actual appearance was known.

This giant might be the stuff of nightmares, but more than anything else it is yet another magnificent window to the distant past. 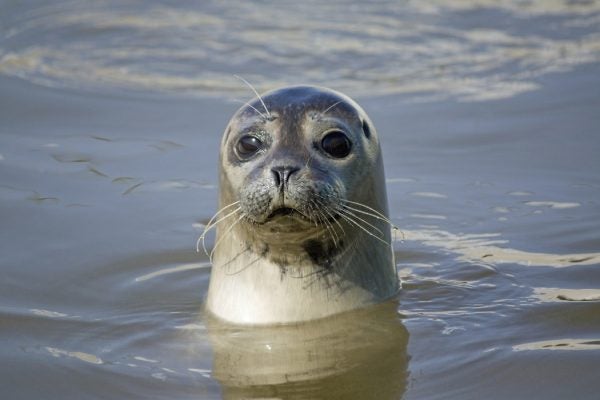 A long-term study to track the movements of commercially valuable fish species might have been a waste of time, thanks to crafty seals.