For the first time, scientists have footage of the black sea devil anglerfish Melanocetus sp. in its natural environment. 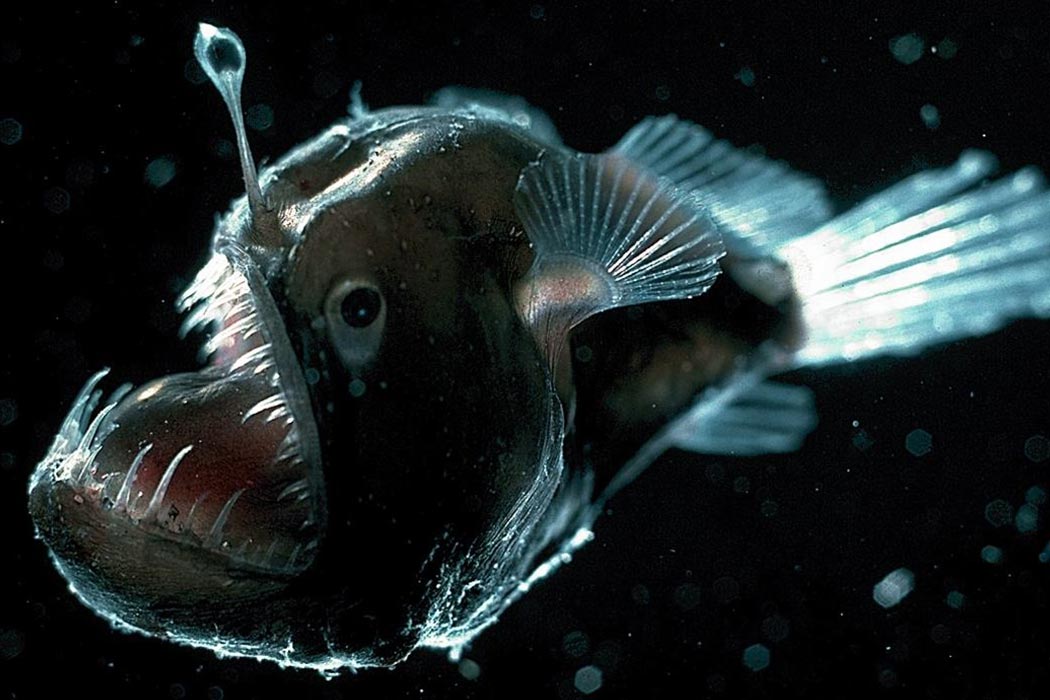 For the first time, scientists have footage of the black seadevil anglerfish (Melanocetus sp.) in its natural environment. A camera aboard a remotely-operated vehicle operated by the Monterey Bay Aquarium caught footage of the adult female off the coast of Central California. The species is not new to science, but the video provides a rare glimpse into the actual lives of these elusive creatures who live in the deep sea 500 meters below the surface of the ocean.

While the existence of anglerfish has been known for centuries, we didn’t have any video of a living deep sea anglerfish until 1998. That footage, of a whipnose anglerfish (Gigantactis sp.), was recorded at an ocean depth of 5,000 meters. The fish was upside down, using its trademark lure to troll for prey just off the sea floor.

Finally: the anglerfish on film.

This discovery turned conventional ideas of anglerfishes on their head, literally, since scientists assumed that the whipnose angler swam upright and held its glowing lure above its body. It was so unexpected, in fact, that it took three years of crowd-sourced effort to identify the fish in the video and understand what it was doing.

Videos have been able to confirm other basic hypotheses about anglerfish that scientists did not know for certain. For instance, one common assumption about anglerfish was that they are “ambush” predators, meaning they wait around in the dark for prey rather than actively seek out feeding opportunities. This assumption was based on the rather square shape and small tail fins of most species. The hypothesis was not confirmed until 2005, when another Monterey Bay Aquarium remotely-operated vehicle captured footage of a female anglerfish (Oneirodes). The fish drifted this way and that, lure raised high above its head, moving barely 2 body lengths in nearly 25 minutes, consistent with a lie-in wait predator, as had been hypothesized.

These remarkable insights into otherwise invisible deep sea animals have captured the public imagination, and for good reason. The deep sea remains one of the least understood realms, especially the deep mid-waters where the Melanocetus fish was filmed. Given the hundreds of species of anglerfishes alone, the deep sea is clearly a highly diverse area, far more than once assumed. Each tantalizing glimpse slowly fills in gaps in our knowledge, and leaves us wondering what else is waiting in the dark. 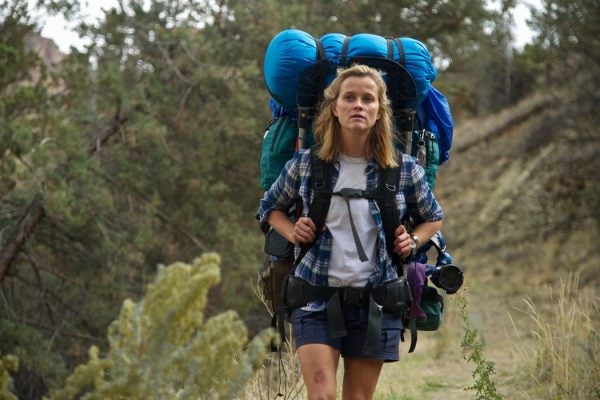 A Way in the Wilderness: The Pacific Crest Trail

The movie version of Cheryl Strayed’s searing memoir “Wild: From Lost to Found on the Pacific Crest Trail,” starring ...