A Way in the Wilderness: The Pacific Crest Trail 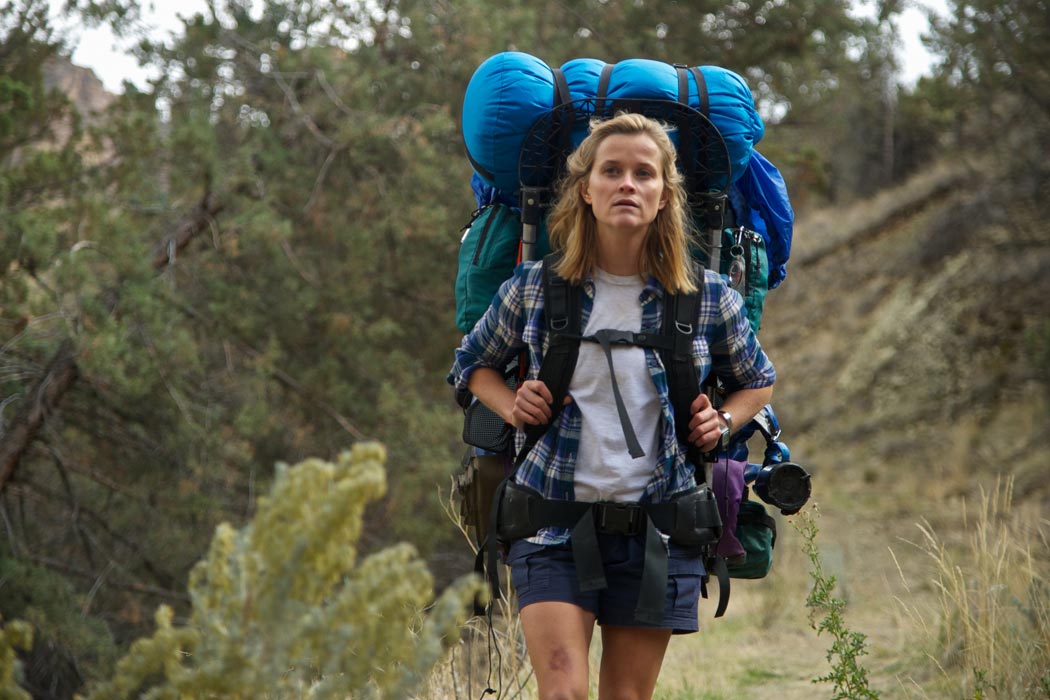 The movie version of Cheryl Strayed’s searing memoir “Wild: From Lost to Found on the Pacific Crest Trail,” starring Reese Witherspoon, has been described as a “two-hour hallucinatory montage.” The trail is as much a star as Witherspoon, with scenery with that “could stop the heart of a Mountain Goat.”

The Pacific Crest Trail wends through empty, lovely country; for Strayed, it represents a sinuous pathway to redemption. Strayed is attempting to return herself to herself, to immolate her fecklessness and immorality through physical rigor. She wants her past to remain behind her for good; cauterized, quiescent. She’ll do something altogether new: “Remember ye not the former things, neither consider the things of old / Behold, I will do a new thing… I will even make a way in the Wilderness” (Isaiah 43:18-19).

Strayed knows the history of this particular “way in the wilderness”—that the Pacific Crest Trail had been cobbled together in a process that began in the 1930’s, was officially designated in 1968, and completed in 1993—but is aware of something else as she lies down to sleep. She writes, “It felt ancient. Knowing. Utterly and profoundly indifferent to me.”A portion of the Pacific Crest Trail bears John Muir’s name. In a letter to his brother Daniel, written from the Yosemite Valley in 1870, Muir writes, “Yesterday I climbed to the top of two of the Yosemite Falls & so my weariness almost amounts to stupidity.” His fatigue edges into the ecstatic:

Our glorious valley is very lovely now, blooming in all the fullness of generous sunny summer. Birds, butterflies, myriads of insects, flowers great & small. A brotherhood of the world’s most wondrous waterfalls, massive rocks of silver gray, now & then a bank of cumulus cloud in our patch of sky, & a flood of God’s precious life-giving light poured over & into all.

Further North, in the Cascade Range of Oregon, another early proponent of  wilderness preservation was making his mark on the land that today cradles the Pacific Crest trail. Judge John B. Waldo traveled the mountainous route 420 miles from the Columbia River to the California Border. In the “Oregon Historical Quarterly”, historian Jeff Lalande recounts an 1888 expedition undertaken by the judge and four companions. At one point, camped on Island Lake, the men carved their names and the date on a fir tree. “The ‘Waldo Tree’ became an object of curiosity to hikers along the Pacific Crest National Scenic Trail where it passes through what is now designated as the Sky Lakes Wilderness.” In a letter home to his wife, Waldo wrote:

The lake looks beautiful lying embossomed in the evergreen forests – dark timbered peninsulas jutting into it, with the broad snow fields of Diamond Peak and blue mountains looking down upon it. Fire has not troubled its shores, and everywhere about it extends the green aromatic forest…

Judge Waldo was elected to the Oregon State Legislature. He’d seen the entirety of the crest of the cascade Range in Oregon and he set about protecting it. Lalande tells us his goal was to place before the U.S. Congress a request to “Set aside and forever reserve…all that portion of the Cascade Range throughout the State extending twelve miles on each side, substantially, of the summit of the range”. It wasn’t to be. Nonetheless, for the land that has been protected in perpetuity, Judge John B. Waldo deserves recognition as a conservation pioneer. Specific to the path along the summits from the Columbia River to the California Border, Lalande instructs us, “The Oregon Portion of the Pacific Crest Trail was essentially blazed by Waldo and his companions during the 1880s. Felix Isherwood stated that the Judge ‘pioneered’ the crest route ‘straight through the mountains from Mt. Hood…as far as Shasta.’” 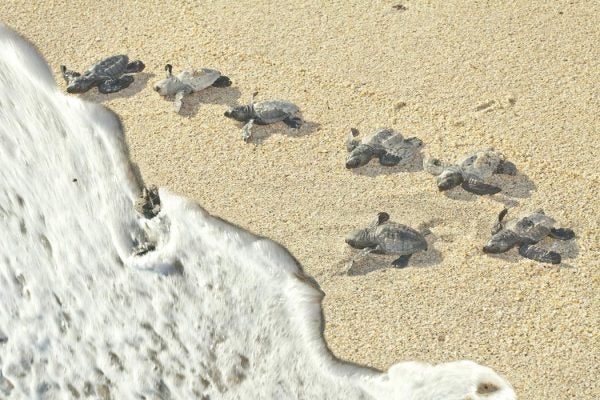 Scientists have a way to follow baby sea turtles during their frantic first hours of life.