Lesbians in Prison: The Making of a Threat

A scandal at a Massachusetts women’s prison marked a change in the construction of the “dangerous” female homosexual. 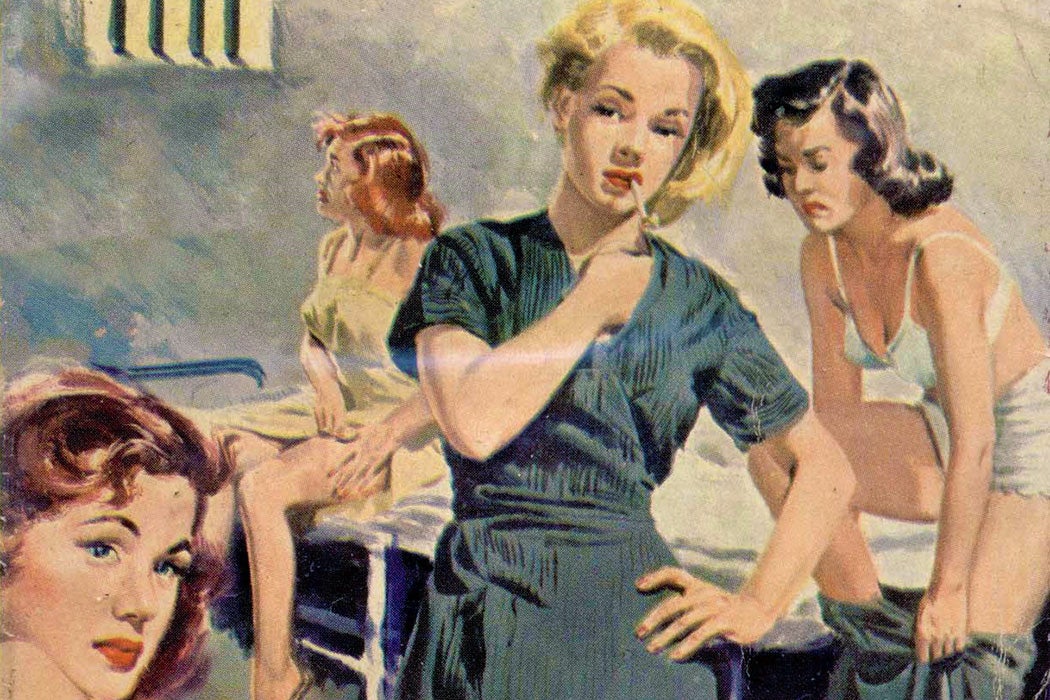 After World War II, criminologists began depicting the white “lesbian prison inmate” as a menacing social type and dangerous sexual category. Historian Estelle B. Freedman explores how this happened, as both academic and popular attention focused on women in prison—part of the Cold War–era assault on nonconforming sexuality.

Before the war, lesbianism in prisons was rarely acknowledged. Women’s prison administrators, writes Freedman, “either tolerated these lesbian relationships or denied their existence.” Additionally, administrators were often single professional women “vulnerable to charges of lesbianism” themselves.

The reactionary Cold War environment, ever on the hunt for enemies within, pointed to prison lesbianism as the result of liberals being “soft on perversion, as on communism.”

But the “construction of the aggressive female homosexual” went back much earlier and was initially based on race. Beginning around 1913, state officials, criminologists, and psychologists started denouncing “cross-race romances between Black and white inmates.” Black women prisoners, seen as inherently promiscuous, were represented as “masculine or aggressive and their white lovers as ‘normal’ feminine women who would return to heterosexual relations upon release from prison.”

During the 1940s, however, female homosexuality among white women prisoners came under closer scrutiny. One of the reasons was the rise in the prison population, as arrests for prostitution during the war led to overcrowded facilities. Another was the emergence of working-class lesbian bar culture. But it wasn’t until the decade after the war that greater surveillance and ultimately condemnation began to characterize the treatment of female homosexuality in prison.

Politically, the reactionary Cold War environment, ever on the hunt for enemies within, pointed to prison lesbianism as the result of liberals being “soft on perversion, as on communism,” Freedman writes. Postwar popular culture also went into overdrive with sensational accounts of, in the words of True Confessions magazine, “love-starved girls in reform school.” In the 1950 movie Caged, dangerous older lesbians threatened innocent younger women.

So working-class white women became the preeminent lesbian threat. “These changes,” writes Freedman, “coincided with a larger cultural emphasis on both the power of female sexuality and the need to contain it within domestic relationships among white and middle-class Americans.”

Freedman examines the history of the Massachusetts Reformatory for Women, founded in 1877 and typically housing 300-400 adult women (most of them white until the 1960s). The vast majority served two- to four-year sentences for drunkenness or prostitution. Reformatory officials tended to be more lenient than court officials, who refused and even revoked parole upon evidence of homosexuality both inside and outside the institution. But then, in 1947, reactionary politicians in Massachusetts used a prison suicide and reports of a lesbian “doll racket” inside the institution to attack the reform-minded superintendent, who was dismissed but then rehired. This “doll racket” scandal was the direct inspiration for the movie Caged.

Freedman notes that the two classic academic case studies of lesbians in prison in the mid-1960s avoided mentioning race. There was by then a complete shift in the construction of the dangerous prison lesbian. In the context of “deep-seated cultural anxieties about the instability of white heterosexuality,” new boundaries “appeared to help shore up white, marital heterosexuality.” The white prison lesbian joined the “frigid career woman” and the “Black welfare mother” as threats to the status quo. 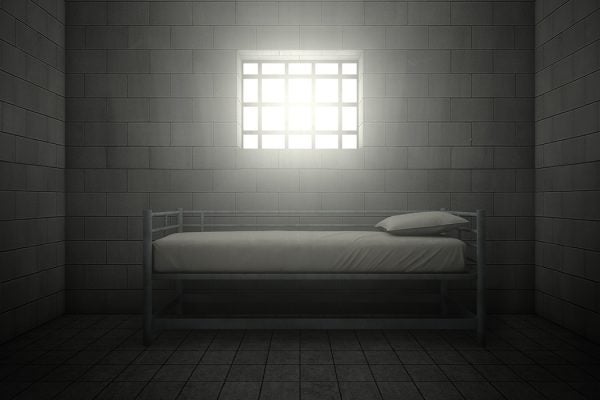