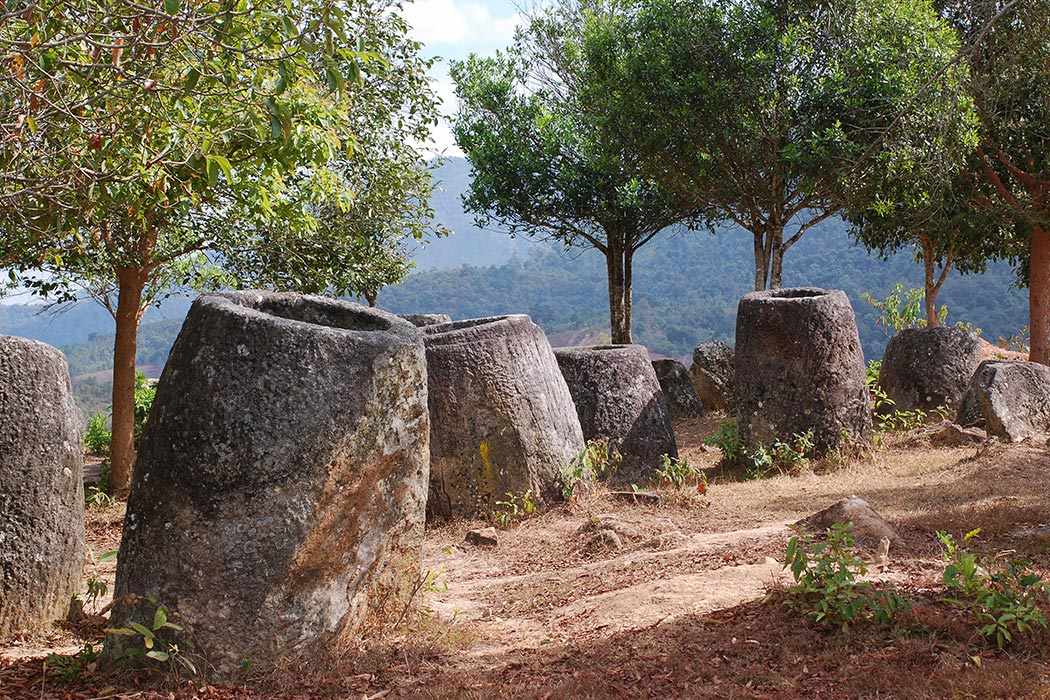 Scattered across 15,000 square kilometers of rolling green hills, rice paddies, and forests of Xieng Khouang Province in Laos are thousands of mysterious jars. Some are only a few feet high, while others are as tall as 10 feet and weigh up to 14 tons. They’re carved from sandstone, granite, calcified coral, and conglomerate rocks. Some contain human remains and tools while others appear empty. For two millennia the stone sculptures have endured the ravages of the elements, of human civilizations, and of war. They’ve been compared to the monoliths at Stonehenge and the Moai statues of Easter Island. Thousands of years of history have been chiseled into their rough exterior. In a land of human ancestral remains that date back 51,000 years and include the oldest known fragments of an anatomically modern human, the Plain of Jars is one more mystery that has yet to be puzzled out. How were they used? Why are some clustered together by the hundred while others stand alone? And the most mysterious question: who built them?

The first scientist to try to answer some of the questions posed by the Plain of Jars was French archaeologist Madeleine Colani. Colani began her career as an archaeologist in her mid-fifties and continued to work through her sixties. She eventually wrote a 719-page book called The Megaliths of Upper Laos where she outlined her theories on the reason for the jars’ construction and the identity of their creators. She discovered charred bone and ash in the jars. Buried around them were items such as glass beads, bronze bracelets, spearheads, and ceramic-pot shards. Colani hypothesized that the jars were used as burial containers, and the items surrounding the jars were personal effects meant for the dead to bring with them into the afterlife. Nearly a century after Colani’s work was published, her book remains the most comprehensive study of the jars.

Later researchers would have loved to delve deeper into the jars’ enigmatic origins, but they’ve been stymied by a series of armed conflicts that began in the 1940s and ended with the United States dropping 4 billion pounds of bombs on Laos between 1964 and 1973 in a “Secret War” to disrupt North Vietnamese supply lines. The region has since then been described as “the world’s most dangerous archaeological site.” It’s estimated that up to a third of the bombs never exploded, and in 1988 the unexploded ordnance (UXO) was killing up to 10 villagers every week. Since 2004 the Mines Advisory Group has worked to remove 175 UXO, including bombs, artillery shells, rockets, antiaircraft rounds, and mortars. And although bombs are the deadliest force taking a toll on the Plain of Jars, many other forces have unwittingly damaged them. “Cows rub them, tourists climb them, trees straddle them. Villagers fashion the jars into water troughs or knife sharpeners,” writes journalist Karen Coates.

Today archaeologists are beginning to make a few new hypotheses about the jars and UNESCO has listed them as tentative site for the World Heritage list. Some researchers have suggested that instead of holding cremated remains, as Colani theorized, the jars may have been used to store bodies during decomposition. The lids that appear on and around some of the jars might have been used to keep scavenging animals away from the deceased. If archaeologists get the opportunity to conduct optically stimulated luminescence tests on the quartz crystals in sediments below the jars, the question of when the jars were created may be come closer to an answer. The technique works by using light to liberate electrons that have been trapped in the quartz crystals since the jars were first placed on top of them. These tests could be enormously helpful to historians and archaeologists, since current carbon dating tests show the jars and the materials found in and around them have an age anywhere from 2,500 to 1,500.

The most impenetrable puzzle of the Plain of Jars is the identity of the culture that created them. The jars are almost entirely unadorned, except for one faded bas relief of a human figure. Some of the lids are decorated with carvings of tigers and monkeys, but the clues are too vague to draw any real conclusions. Similar funerary jars have been found in the Khorat Plateau in Thailand and the North Cachar Hills of India, which might suggest the jars were constructed by people living along a major trade route between India and southeast Asia. As for the locals, they tell stories of a great military success that occurred over a thousand years ago that required enormous celebrations. Those legends claim the jars held gallon upon gallon of rice whiskey.

Whatever the truth of the Plain of Jars, they present a cryptic glimpse into a society that began an ended long before ours, falling out of memory but leaving enduring marks on a scarred landscape. 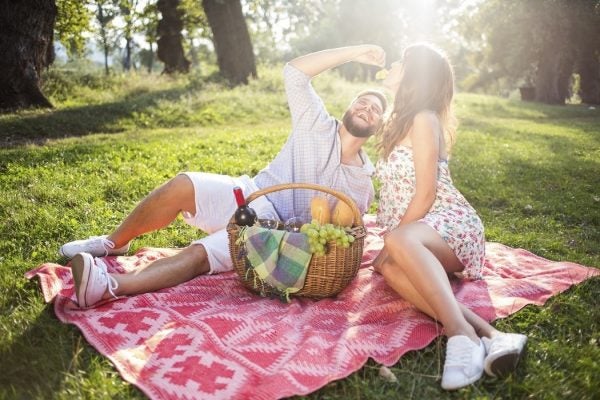 How Americans Used to Picnic

A historic look at the picnic.