Juneteenth: A Freedom Celebration Behind Bars

Juneteenth is commemorated by an incarcerated Black woman in a 1975 issue of Sunfighter. What does it mean to celebrate freedom when you have none? 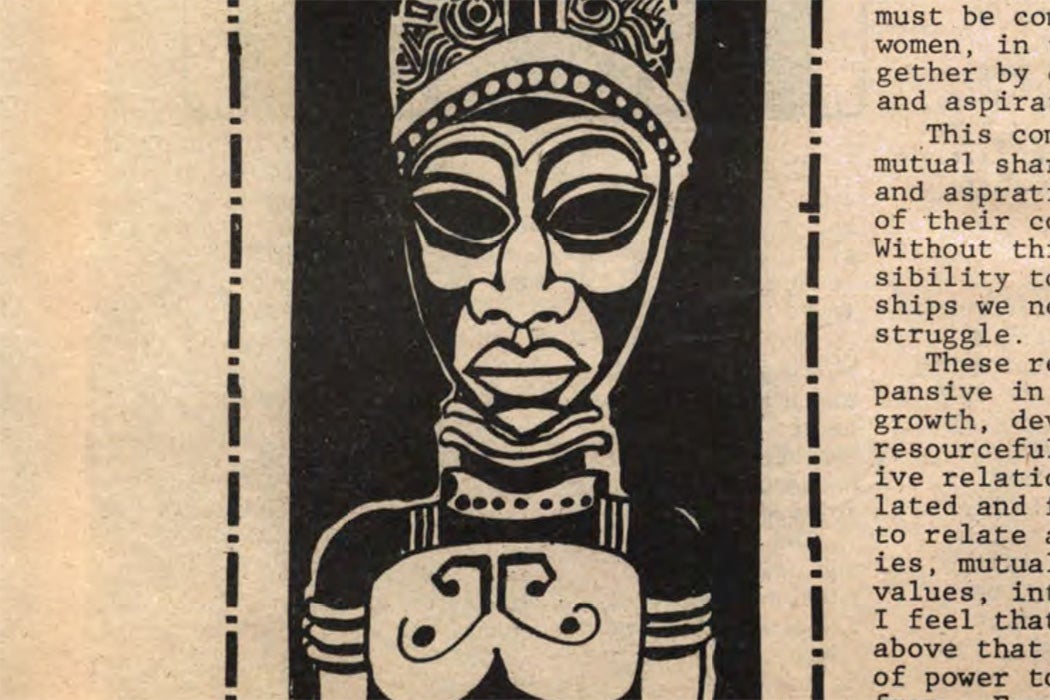 “June’teenth’ celebrations in prisons signal our continued resistance to enslavement, our determination to fight for the freedom of all people,” wrote Wanda Watson in Sunfighter in 1975. It wouldn’t become a federal holiday for 46 years to come, but had long been recognized in the Black community.

It took over two years from the Emancipation Proclamation and its promise to reach all the nation’s residents. It was publicly ordered by the prevailing authorities that “all slaves are free,” on June 19th, 1965, in Galveston, Texas, which is where the first celebrations were held, according to Lynn Brown’s history of the holiday for JSTOR Daily.

Though its popularity waned through the 1900s, Juneteenth found a resurgence with the Civil Rights movement. It became an official state holiday in Texas on January 1, 1980, a few years after the issue of Sunfighter.

“We’d like to tell you of the Magnificent, Majestic Ladies we are surrounded by in common bondage. We speak of our fellow prisoners… We Women Prisoners are Queens, in our own way. We all know this, but do they??” [sic]

Both the Juneteenth entry and the call to empowerment draw parallels to slavery, with the former explicitly stating enslavement and the latter saying bondage. Per the 13th amendment of the United States constitution, slavery is still permitted when used as punishment for a “crime,” broadly defined. Juneteenth was only officially celebrated at the federal level for the first time in 2021, after an order from President Joseph Biden two days prior. Yet in the nations’ prisons, which have long held a disproportionate amount of Black people, Juneteenth was celebrated long before the presidential declaration.

From La Roca in Arizona in 1985 to The Walk Talk Bi-Weekly in Louisiana in 2005, prisons coast to coast recognized Juneteenth well ahead of the official government, perhaps because the theme of slavery is so salient in the facilities where it is still sanctioned.