“The Courtier’s Library” is a list of books every courtier should know about, a cheat sheet for name-dropping in society. The trouble? Its books are imaginary. 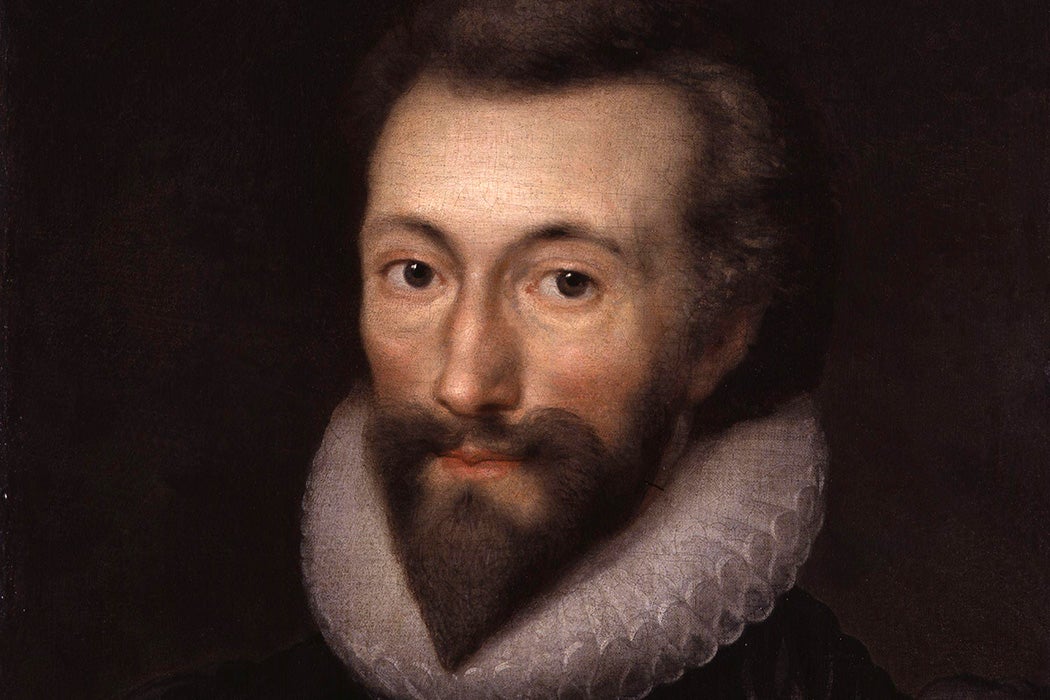 In 2016, the Keeper of Muniments (archives) at Westminster Abbey discovered a previously unknown manuscript of John Donne’s, dating to 1603–1604. The Catalogus librorum aulicorum incomparabilium et non vendibilium, or “Catalog of Incomparable Courtly Books, Not For Sale,” better known as “The Courtier’s Library,” is a list of books every courtier should know about. It’s a cheat sheet to prepare would-be wits for name-dropping in society.

Only, the books were imaginary. Donne made up the thirty-four entries, parodying and satirizing contemporaries.

In her lively new book on Donne, Katherine Rundell describes the Catalogus as “an assassin’s hit list: of intellectual sloppiness, of two-faced hypocrisy and ethical ugliness in religious debate, of the pliancy of the law and of lazy humanist scholarship.” It’s no wonder it wouldn’t be published until nineteen years after Donne’s death.

Reading the list four centuries later, it takes a battery of annotations and footnotes to get much of the satire in the Catalogus. But not always. Scholar Piers Brown’s translation of a previously known version of the manuscript includes the following (comprehensible) highlights:

10. The Hercules of John Harington, or Concerning the method of emptying the dung from Noah’s Art.

23. Cardano, On the nothingness of a fart.

28. The Lawyer’s Onion, or the Art of Weeping during trials…

32. What not? or a confutation of all error in Theology as well as in the other sciences and mechanical arts, by all men, dead, living, and to be born, put together one night after supper, by Doctor Sutcliffe.

Donne named names. Dr. Matthew Sutcliffe, the Dean of Exeter, was unlikely to have been amused.

Political and theological debates, after all, were deadly serious affairs at the time. Donne was suspicious because he had been born into a Catholic family—a younger brother was arrested for harboring a priest, his mother never joined the Anglican communion. Donne did convert, eventually becoming Dean of St. Paul’s (1621), a prestigious office in the state church, but before all that, he was in a precarious place.

When Donne wrote up his snarky list, he had been recently fired from his position as secretary to Lord Keeper Sir Thomas Egerton.

As Brown notes, when Donne wrote up his snarky list, he had been recently fired from his position as secretary to Lord Keeper Sir Thomas Egerton. The reason: Donne had secretly married sixteen-year-old Ann (sometimes spelled Anne) More against her father’s wishes. Sir George More was a close confidant of Egerton—Ann and Donne had met at Egerton’s estate. Since Ann was underage, her father had Donne and his best men imprisoned for a time as he tried, unsuccessfully, to get the marriage declared invalid.

Considering the catalog in the context of these difficult years, Brown explores Donne’s motivations in writing it. The poet took aim “at the humanist methods adapted by secretaries to produce knowledge for courtly display.” The wit and wisdom of courtiers was often, it seemed, produced by intellectual servants like Donne. Now, out-of-favor and living hand-to-mouth with Ann, the servant bit back. Donne’s is a “critique of the secretarial mediation of knowledge,” writes Brown, as well as the “baseless authority of those who rely on it.”

Donne declared that “it is enough for lazy wits to have the appearance of knowing” rather actual substantial knowledge. Drop these names and titles, he urged, and you’ll really make an impression. The jokes are about as in as possible, the work of a brilliant mind distressed at bogus scholarship and pretend learning, yet they could have gotten him in real trouble.

After Donne sent his Catalogus out to friends, he had second thoughts about its circulation. James I, the new King of England and Ireland, was consolidating power, and court jesters were not being appreciated. Already in bad odor, Donne, with a growing family, depended on some people not knowing they were being mocked. Keeping the manuscript hidden became good sense.

“We are cast by chance into an age in which nothing is worse than to be openly ignorant, nothing more rare than to be fully learned,” wrote Donne in his Catalogus introduction. Four hundred years later, that reads like it could refer to many a time and place. 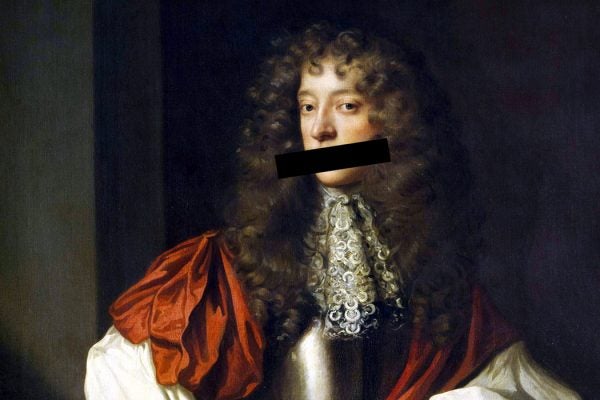