John Adams’ “On the Transmigration of Souls,” After 9/11

How to memorialize a national tragedy in music? 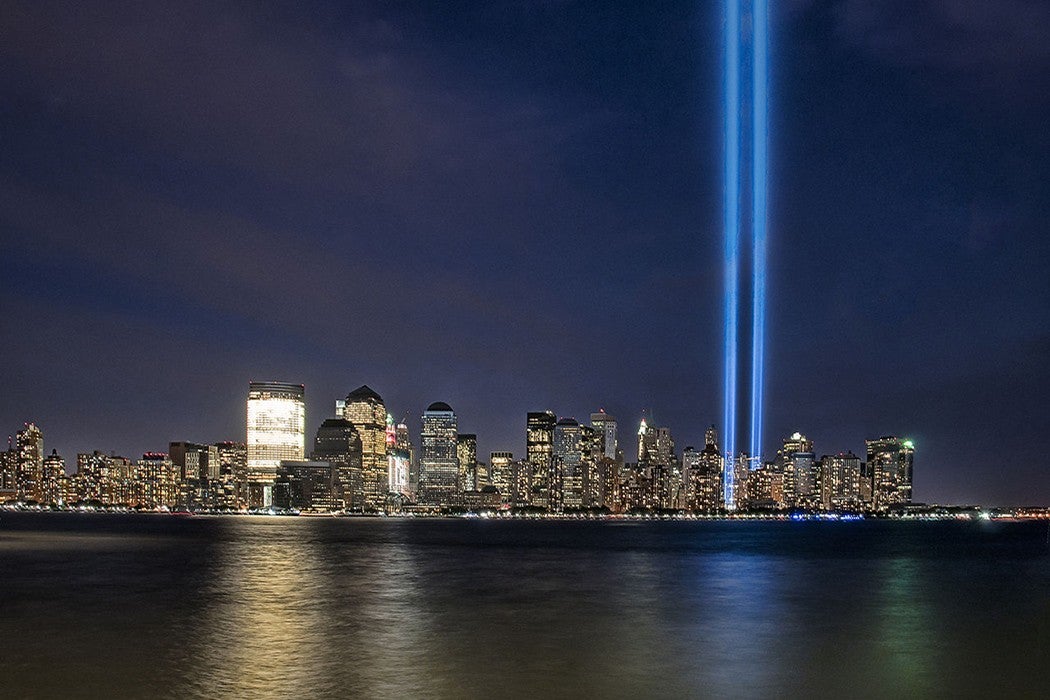 This weekend, at Harvard’s Pulitzer Centennial Celebration, there will be a performance of John Adams’ 2003 Pulitzer Prize-winning composition “On the Transmigration of Souls,” a musical memorial to the attacks of 9/11. Fifteen years after the attacks, many Americans are still in mourning. So how was John Adams able to create such a moving tribute only a few months afterwards?

In January 2002, when the New York Philharmonic asked him for a work commemorating the victims of the World Trade Center attacks of previous September 11, composer John Adams thought he would refuse. It was not due to skepticism about the capacity of contemporary art music to react to current events. In fact, operas like Nixon in China (1987), and The Death of Klinghoffer (1991)—based on the killing of Jewish-American Leon Klinghoffer by the Palestine Liberation Front—had abundantly proved Adams’ willingness to handle controversial topics. Rather, it seemed to him that the wound opened by 9/11 was still too raw to be made the object of musical memorialization.

During the first weeks after 9/11, the incessant TV broadcasting of footage and images of the attacks only made things worse.

After all, how does it feel to remember a loss? Fragments of the life of the beloved dead fluctuate in our mind in the form of scattered images, evocative and yet incapable of reconstructing the complexity of the other person. For, as Jacques Derrida once observed, it would be “unfaithful to delude oneself into believing that the other living in us is living in himself.” Musicologist Elizabeth Bergman expands on this particular point. Mourning is necessarily “an ongoing dynamic,” she argues, and “not a process that leads to resolution”: “those we have lost live only in and always beyond us, present in our memory but absent in our lives, part of our interiority and never selfsame.”

In the face of collective traumas, this same dynamic process expands to extreme proportions. A vacuum surrounds the pain of the mourners, as a result of the incapacity of words and other means to make sense of the enormity of such tragedies. “The prevalent faculties, including reason, are confronted with their limit, for they are unable to grasp the event in its totality,” observes political scientist Roland Bleiker. During the first weeks after 9/11, the incessant TV broadcasting of footage and images of the attacks only made things worse. The images of office supplies falling from the top of the collapsing towers, the building themselves, even human bodies: stripped, by grief and overexposure, of the functions they once performed in everyday life, all of them were put on the same level, becoming no less than mere things. As Bill Brown has explained, “we begin to confront the thingness of objects when they stop working for us.”  Incapable of rationalizing what had just happened, shattered both privately and publicly by the losses wrought from the attacks, Americans were left roaming in an world populated by inert, deafeningly silent things.

When Adams eventually decided to accept the Philharmonic commission, he felt that his piece, more than promoting rhetorical ideals of national unity, should reflect the intimate grief of those days. The title chosen by Adams, On the Transmigration of Souls, refers to the “transition of one state of being to another,” as he himself has explained. This applies not only to the transition from life to death, but also to the state of the mourners, “those who stay behind” processing the loss. To achieve these goals, Adams employed in the piece extracts from the many missing-person signs posted immediately after the attacks. “I wanted to dig him out;” “He used to call me every day;” “I am so full of grief”: the simplicity of such words what makes them significant. “When we say ‘words fail’ in situation like this, we mean it,” Adams explains. In his piece, Adams divided this text between two different choirs, supported by an orchestra and a recording of city sounds—footsteps, sirens, distant laughter, the usually unnoticed soundtrack of everyday life. Other pre-recorded voices, increasingly distorted, list the names of some of the victims, sometimes loop-repeating them. “Missing,” echoes the apparently unmoved voice of a boy, after each name.

The listener floats in this ocean of sonic things.

What was the precedent for such a musical memorial? There was a long tradition upon which Adams could draw. In the 20th century alone, compositions for large choirs and orchestra like Igor Stravinsky’s Symphony of Psalms (1930), and Benjamin Britten’s War Requiem (1961) stand out. But other less well-known pieces could have also been influential, such as Krzysztof Penderecki’s Threnody to the Victims of Hiroshima (1960), whose eerie sustained dissonant chords were also chosen by Stanley Kubrick for the soundtrack of The Shining. Heynrik Górecki’s heartbreaking Symphony no 3 (1976) employs a minimalist approach that calls to mind the short melodic and harmonic patterns incessantly repeated by Adams in his piece. And a politically charged composition like Luigi Nono’s A Floresta é jovem e cheja de vida (1966), might be compared to Adams’ work for its live interactions between singers and actors, electronics, and pre-recorded tape.

But the piece most frequently invoked by Adams as his main source of inspiration is by an American composer, Charles Ives. Written for three musical ensembles–a string quartet, a flute quartet, and a trumpet–Ives’ The Unanswered Question (1908) was a reflection on the meaning of life. In it, the trumpet poses for seven times “the perennial question of existence,” to which the flutes respond in a crescendo of dissonance, until they declare the ultimate futility of the question itself. The ghost of Ives’ question wanders in On the Transmigration. Not only is the question literally reprised by Adams in the trumpet solos, but it also resounds in Adams’ piece in more profound, dramatic ways. “9/11 and the loss of those people and the loss of any people… from a sudden act of violence is an unanswered question,” Adams explains in The John Adams Reader: Essential Writings of an American Composer.

The world of things, the inanimate objects described by Bill Brown, returns to the fore. Because if Adams conceived On the Transmigration as an ideal cathedral, in which the souls of the victims and of their grievers are left free to roam as they like, there is also no room for intellectual understanding. All that remains is sound: the sense of suspension created by Adams’ tapestry of repeated chords, the traffic noises, the words–stripped of meaning–exchanged between the choirs. The listener floats in this ocean of sonic things, at times catching a breath, at times being overwhelmed by their imposing force. And here lies the lasting significance of On the Transmigration of Souls. It has gone beyond the specific circumstances of 9/11, to remind us how it sounds to grieve, to leave, to love, to live. 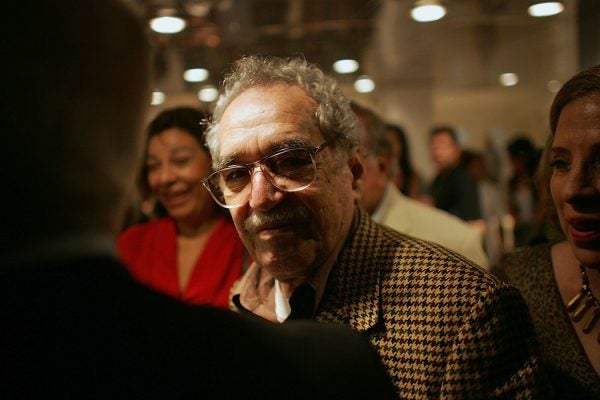 Gabriel García Márquez: Off in the Clouds

A 1987 interview with the author of the beloved books One Hundred Years of Solitude and Love in the Time of Cholera.