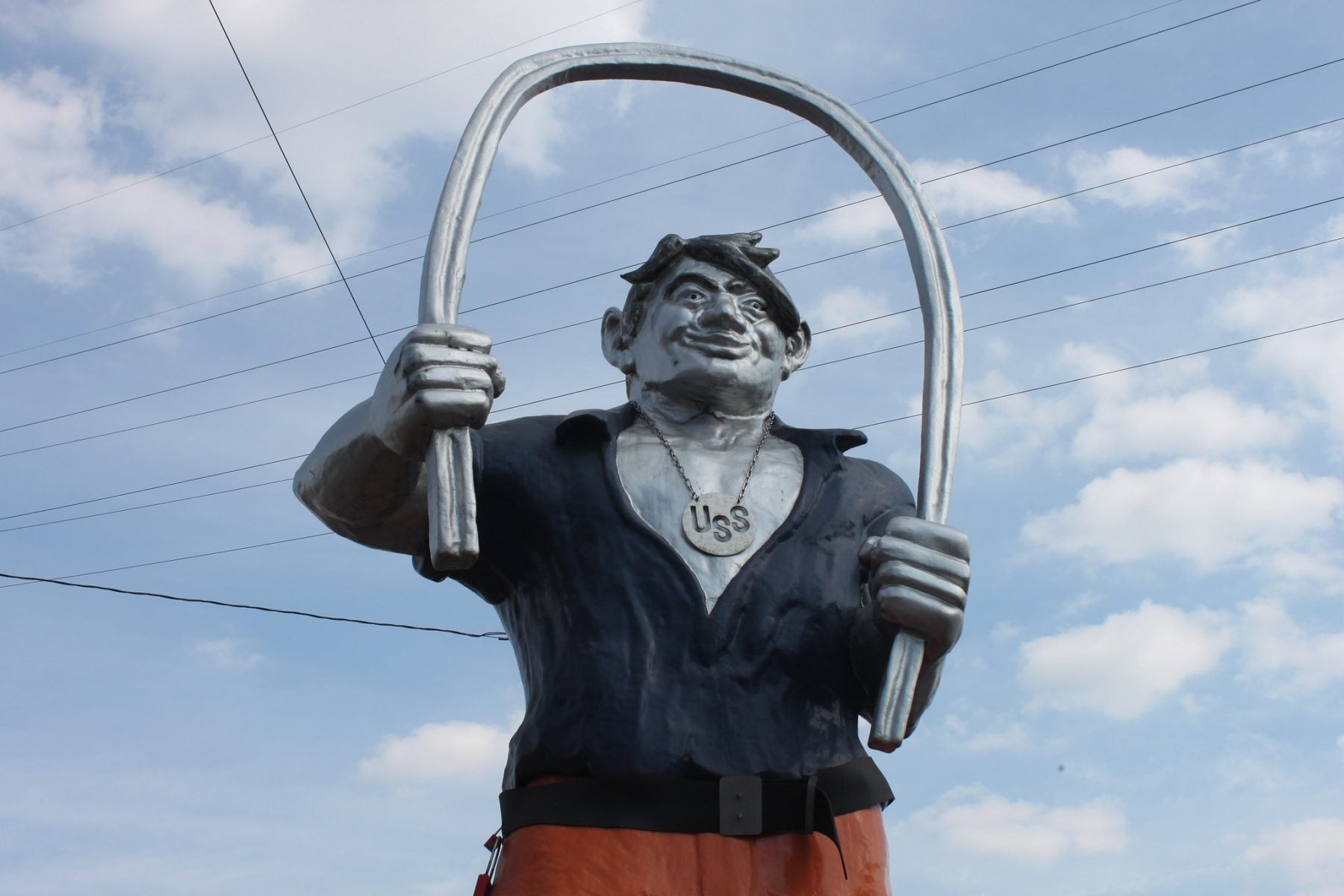 Joe Magarac is the Paul Bunyan of the steel industry. At seven feet tall and entirely made of steel, Magarac was resolutely superhuman: he passed up the chance to marry and gleefully worked twenty-four-hour days. He was so efficient he put his mill out of business by making more rails than it could sell. Then, suddenly without work, he eagerly melted himself down into more steel to be used building a bigger mill.

As scholars Jennifer Gilley and Stephen Burnett point out, back-to-back twelve-hour shifts meant “the 24-hour day was the stuff of reality, not tall tales” for the immigrants from southeastern Europe who came to western Pennsylvania in the 1880s and 1890s. Derided as “filthy Hunkies” by the native born, these were the rebellious folk who supposedly conjured up Joe Magarac as their iconic hero between the Homestead strike of 1892 and the steel strike of 1919. The trouble is, there’s no evidence of Joe Magarac before 1931.

Magarac is Croatian for “jackass.”

“The Disneyesque hero who unthinkingly worked under inhuman conditions with a grin on his face cannot be reconciled with the fact that over 350,000 steelworkers, most of them immigrants, fought to end such conditions in 1919,” the two scholars write. “Joe may be a symbol of strength and endurance, but indeed he is a ‘magarac’ for cheerfully sacrificing his life to the company.”

Magarac is Croatian for “jackass.” Gilley and Burnett trace Joe Magarac’s origins to a 1931 story in Scribers’s Magazine by Owen Francis. Francis wrote that he heard the story from some “Hunkies,” a once-common derogatory name for Hungarians and eastern Europeans more generally. Gilley and Burnett wonder if it was Francis himself who was the jackass butt of this story: he claimed it came from oral sources, including two men who told him the name was complimentary, then laughed and began talking to themselves in another language.

But the story had legs of steel. Joe Magarac reappeared in a 1941 compendium of American heroes called Yankee Doodle’s Cousins. After World War II, the publicity department at U.S. Steel looked upon Joe Magarac as the perfect worker: nonunion, no family, willing to work to death. They finessed the “jackass” by saying he was named for his mulish strength.

Joe Magarac also became a corporate tool in the Cold War. He was a patriotic paradigm for those who came from places now on the other side of the Iron Curtain. And backed by U.S. Steel, “Joe, the Genie of Steel,” as an in-house comic book called him, got plenty of mass media attention.

But already in 1950, some recognized that this was “an entirely manufactured legend and had no basis whatsoever in the lore” of steel country, write Gilley and Burnett. Joe Magarac was an example of “fakelore,” a term coined in 1949 to describe wartime patriotic romanticism.

In the legend, Joe Magarac gave his life for a steel mill that would never shut down. But the mills did shut down: deindustrialization was epitomized by the closing of the massive Homestead Steel Works near Pittsburgh in 1989.

Then, in the literal ruins of steel’s one-time empire, Joe Magaarac was revived as a symbol of pride in the heritage of steel, an “invocation of a past of full employment and hard, prideful work.” Painting, sculpture, Joe Magarac–branded events and awards, all pay homage to him now.

Gilley and Burnett describe Joe Magarac as “a rhetorical symbol with only little grassroots interest” and note that the typical “occupational hero” is actually a trickster figure who maneuvers out of work by pulling one over on the boss.

Yet “folklore is by nature transitory and contextual.” Joe Magarac has been melted down from fakelore and built back up into folklore.

Deconstructing and Reconstructing Pittsburgh's Man of Steel: Reading Joe Magarac against the Context of the 20th-Century Steel Industry
By: Jennifer Gilley and Stephen Burnett
The Journal of American Folklore, Vol. 111, No. 442 (Autumn, 1998), pp. 392-408
American Folklore Society 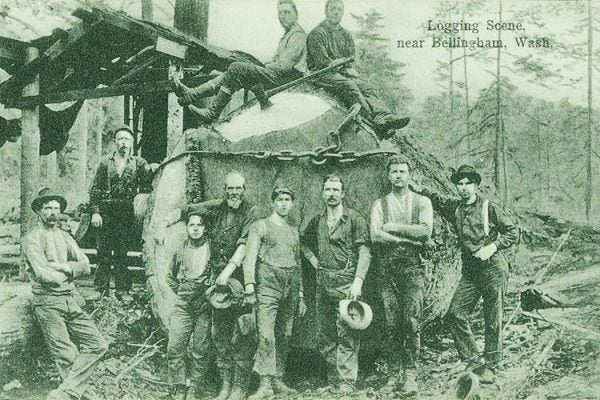 Logger slang may have coined terms like "punk," "haywire," and "pie in the sky." One lexicographer attempted to catalogue the industry's slang in 1942.