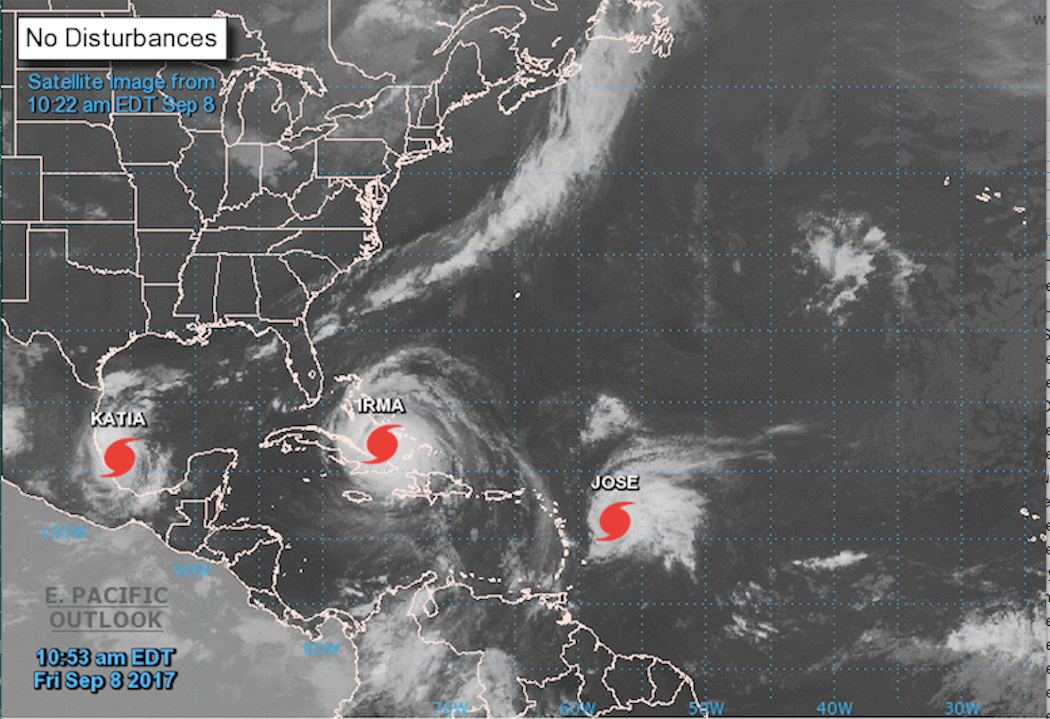 There are currently three hurricanes swirling over the Atlantic Ocean, and meteorologists are saying they have never seen anything like this in modern history. Coming right on the heels of Harvey, the deadly trio of Irma, Jose, and Katia are threatening to hit land at the same time. Multiple hurricanes had been observed over the Atlantic in the past, but they’ve never threatened to make landfall simultaneously. It seems that after a relative “hurricane lull,” the Atlantic is once again showing its wrath.

3 hurricanes threatening land simultaneously in the W Atlantic Basin. Never seen anything like this in the modern record #Irma #Jose #Katia pic.twitter.com/fSHHKxxmzk

Scientists noted that hurricane activity rises and falls over the years. For example, in the United States, the 1940s and 1960s hurricanes were more destructive than those in the 1970s and 1980s, but then they picked up again in the 1990s and in the new millennia, when Andrew decimated Florida and Katrina swamped New Orleans. The reason for these spikes and lulls, however, remains largely a mystery. There are many factors involved, including climate change, pollution, and the fluctuation in ocean currents, which also affect the water temperature. But the warmer the ocean is, the more powerful and destructive hurricanes it can produce.

Based on global climate change predictions, a recent NOAA model projected that while the overall hurricane activity may actually decrease in the future, the frequency of the category 4 and 5 storms may double by the end of the 21st century. Given that the 2016 was the warmest year on record, according to NOAA and NASA, the scary swirling trio may indeed be a sign of the new normal, unless we find a way to cool off our oceans, and do so fast. 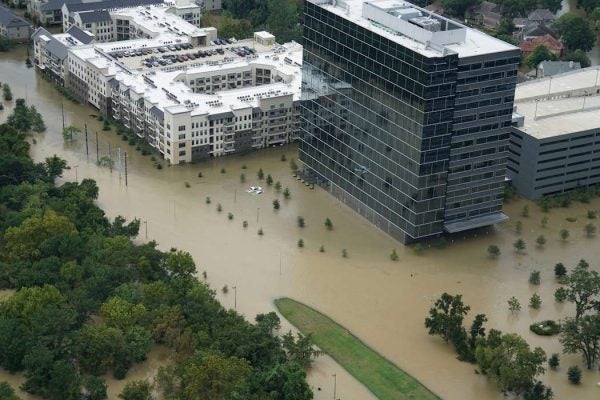 Natural and Man-Made Disasters, from Atom Weather to Fire Ants

Mother Nature’s wrath can be unpredictable and random, but history shows that humankind is ultimately responsible for many "natural disasters."