The Incredible Range of Chimpanzee Behavior

So why are chimpanzee throwing rocks at trees? And then collecting the rocks in piles to use again? 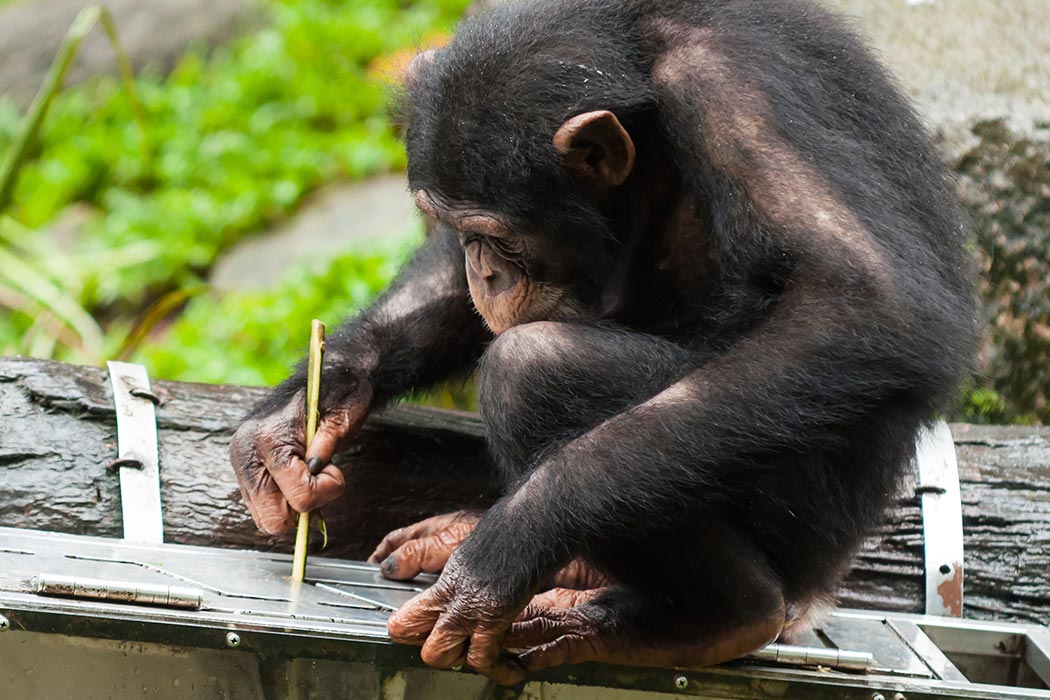 Researchers studying wild chimpanzees recently made an unexpected discovery. The apes were throwing rocks at trees. Some months ago, researchers in West Africa started noticing piles of rocks next to trees. Camera traps revealed that the chimps, mostly adult males, were throwing rocks at the trees and then piling up the rocks for later use. The purpose of this behavior remains unknown. Experts speculate that it may serve some sort of cultural purpose or be part of a mating display.

Chimpanzees, after all, continue to astonish us with the range and complexity of their behavior. This has led some researchers to view chimpanzees as a model of what early human ancestors may have been like. Chimp behavior varies widely across different regions, leading to the often expressed view that different chimpanzee populations have distinct cultures. Tool use is especially impressive; chimpanzees have been known to maintain tool kits of up to 22 different tools, each for a particular application.

Some of these tools are quite sophisticated. Using rocks and wood, chimpanzees have fashioned primitive hammer and anvil set-ups to help them open tough seeds. By mashing the growing tip of an oil palm into a bowl made of a tough leaf, some chimps create a simple mortar and pestle arrangement. Other tools are more dainty, for instance the use of leaves as napkins to wipe themselves off, typically after mating.

Chimps are also proficient at using weapons. Male chimps often use wooden branches as clubs against rivals, or when hunting monkeys. Chimpanzees have also been observed throwing rocks as weapons, so aiming at trees may have an element of martial practice to it.

It’s also possible that the behavior does have a survival purpose, one that isn’t readily apparent. For example, chimps are known for pronounced expressions of grief. Chimpanzee mothers have been known to carry their dead infants around for days, and there has been at least one case of an adult who wasted away following his mother’s death. Such deeply emotional acts do not immediately benefit survival, and in fact could be detrimental to it. However, underlying emotional bonds that are deep enough to persist after death do have a survival benefit; such bonds help maintain group cohesion and improve cooperation.

For now, the rock throwing remains a mystery. Perhaps the behavior evolved from something practical, like hunting, and then morphed into something purely cultural. Chimpanzees are our closest living relative: if chimps can be a model for our ancestral selves, they might be a model for our current selves. After all, not all human actions and behaviors contribute to survival. 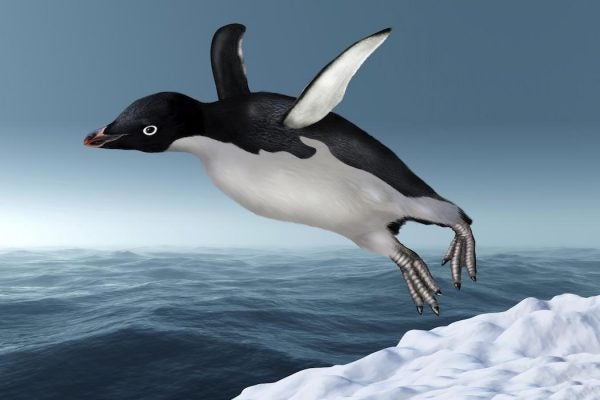 The humor in inventing fake animals comes from the fact that the audience is in on the joke. Nevertheless, the line between satire and hoax can be fuzzy.