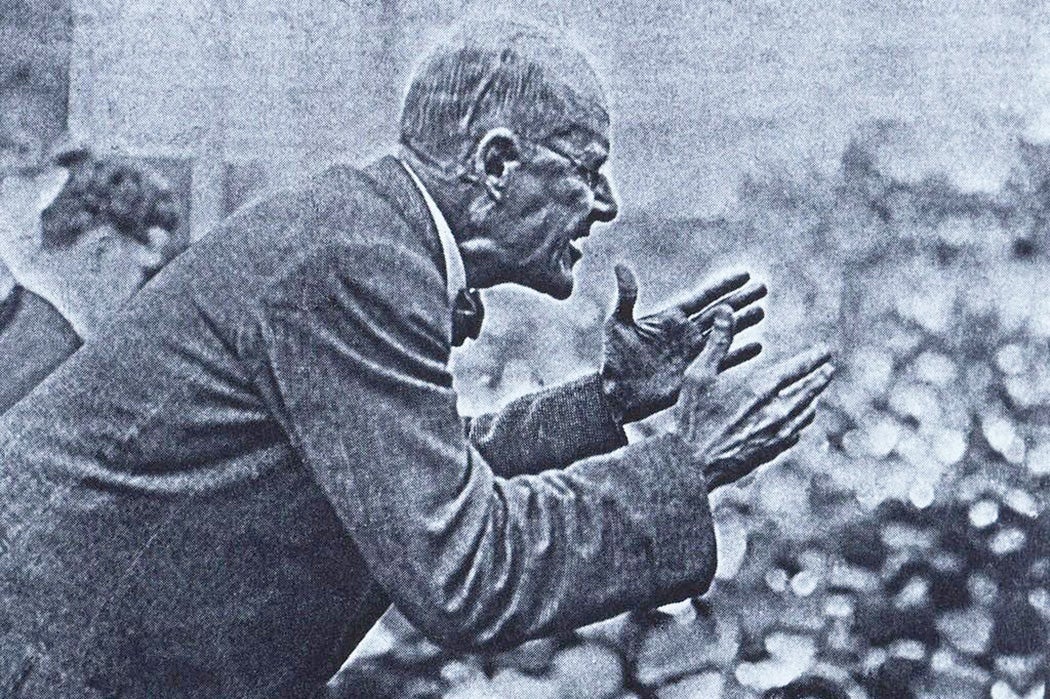 Born in Terre Haute, Indiana, in 1855, Eugene Victor Debs was a city clerk, a state representative, and a one-term US congressman. However, he’s best remembered as a labor activist and five-time Socialist Party candidate for President of the United States.

In 1912, running in the US presidential election for the fourth time, Debs won 6 percent of the vote, a respectable showing for a third-party candidate of the left. The man who won that year’s election with 41.8 percent of the vote, Woodrow Wilson, would later call Debs a “traitor to his country” for speaking out against World War I. As was made clear in a statement at his sentencing for sedition based on his resistance to the military draft, Debs suspected that he came from an entirely different country than Wilson:

Fittingly for a son of the Hoosier State, Indiana State University is home to a major repository of Debs’s papers. The Eugene V. Debs Collection has more than 4,800 items, digitized and accessible on JSTOR. The collection started with letters, telegrams, typescripts, and manuscripts donated by Debs’s niece, Marguerite Debs Cooper, in 1967. Her father (Eugene’s brother, Theodore) worked for years as Eugene’s assistant and secretary. Many other items have been added to the collection since.

Exploring the archive gives one a great sense of the quotidian details of history, the vagaries of the paper trail (you’ll really appreciate the typed ones, although most of the handwriting is perfectly legible), and the rhetoric of an earlier age.

Also, the unexpected anecdotes. Here, for instance, is the story of a woman who considered Debs “the greatest friend [she] ever had.” Although she never met Debs, she credited him for inadvertently introducing her to her husband-to-be during the 1894 Pullman Railroad strike, the event which brought Debs to national attention as a labor leader. “Mr. Gabriel” ended up boarding the same steamship she was on because he couldn’t take the train. “I can assure you of a perfectly splendid half hour if you call on her the next time you’re in New York,” concludes Victor Arnheim, who signed his letter as “One of the Boys.”

In June 1918, Debs made a speech, referenced above, urging resistance to the military draft. He was charged with ten counts of sedition and subsequently brought to trial. In the inflamed atmosphere of the first Red Scare, he was sentenced to tens years in prison and disenfranchisement for life. In 1919, the Supreme Court, in an unanimous opinion, Debs v. United States, confirmed the conviction.

A comrade and “loving friend” writing in late 1920 explained he was having trouble getting newspapermen to write about Debs’s imprisonment. “They all agree that it is wrong to keep you in jail, but they also FEAR to say so, where their owner-Mammonites can hear. It seems incredible that AMERICANS shoul[d] be so cowed […].”

C. Jacinto Albarracin, a Colombian socialist attending the Pan-American Congress in Mexico in 1921, wrote a letter of solidarity to Debs. “Now our nonconformist hearts are whirling like rebel eagles around your name and your word which we adore as a mandate, oh martyr!” Meant as a rallying cry, the letter also reads as a lament for Debs’s political fate.

Albarracin promised to appeal directly to the US president (“in order that the American people may order your liberty, oh martyr!”). Indeed, Warren G. Harding, elected in 1920, commuted Debs’s sentence. Debs was released on Christmas Day, 1923. A backhanded statement from the White House, reported in the New York Times on Christmas Eve, noted, “He is an old man, not strong physically,” but “there is no question of his guilt […]. He is a man of personal charm and impressive personality, which qualifications make him a dangerous man calculated to mislead the unthinking […].”

Fifty thousand people cheered Debs’s return to Terre Haute after his release from prison. His health, however, was much weakened by his time in the federal penitentiary and he died in 1926.

A telegram to Theodore Debs from the Vest Makers Unions, Amalgamated Clothing Workers of America, expresses some of the sentiment in the labor movement upon Debs’s death: “Our grief at the passing of our dear friend and valiant comrade Eugene Victor Debs is equalled only by our appreciation of the great debt labor owns him [.] History will emblazon what we are so inadequately trying to say.” 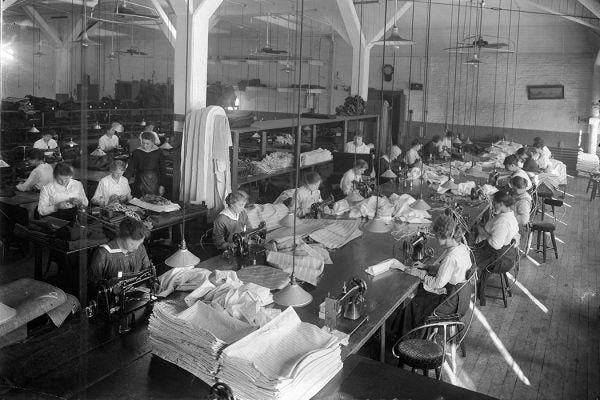 Pullman Women at Work: From Gilded Age to Atomic Age

Pullman resisted hiring women and did his best to keep attention away from the company’s female employees.