It’s not easy to measure a mountain. Mount Everest’s height has been known since the middle of the nineteenth century, but how did they figure it out with no altimeters or GPS? 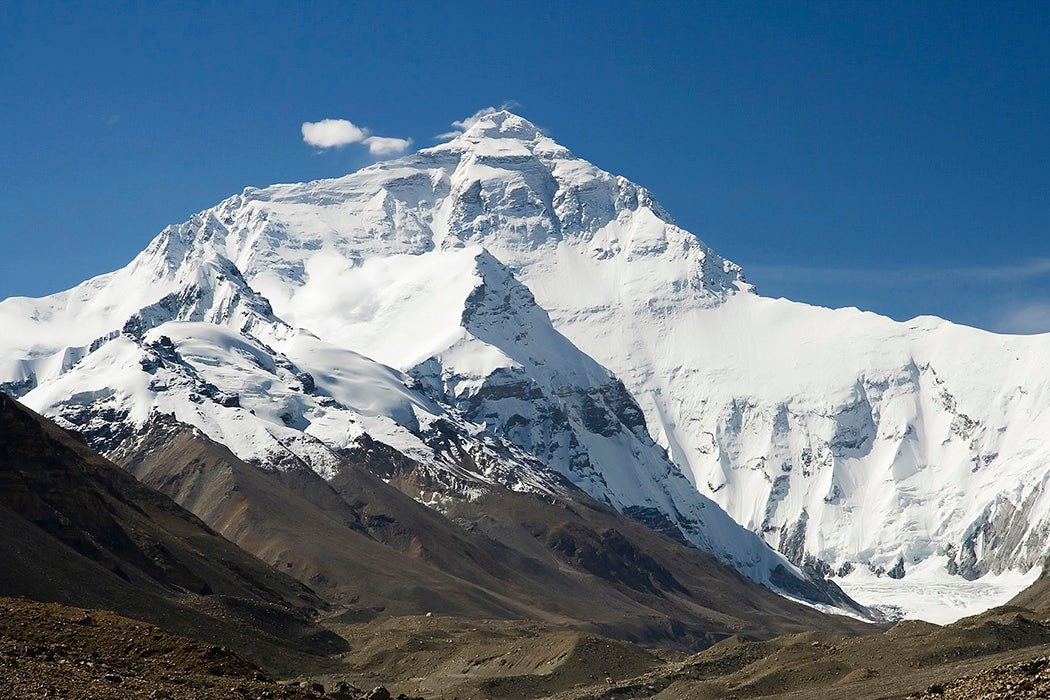 It’s not easy to measure a mountain. At 8,848 meters (29,029 feet) Mount Everest is the tallest mountain in the world above sea level. The mighty mountain’s height has been known since the middle of the nineteenth century, but how did they figure it out? Altimeters were not highly accurate at the time. GPS didn’t exist. Obtaining this seemingly basic piece of geographic information took nearly a hundred years, thousands of person hours, and a lot of trigonometry.

Mount Everest, as it is known in English, is named for Sir George Everest, who was the surveyor general of India (then a British colony) until 1843. The actual work of measuring the mountain’s height, however, began with his successor, Andrew Waugh. Waugh commissioned a wide-ranging survey of the Himalayas.

To measure Everest, Waugh’s surveyors used a method called triangulation. Observers examined the peak from several points. Knowing the distance from the points to the mountain, they were then able to measure the angle from Everest’s peak to their observation points. To calculate the mountain’s actual height above sea level, the observers themselves had to know their own elevation above sea level. Given the distance and the angle, basic trigonometry was used to calculate the mountain’s height relative to the observer.

Today, measuring altitude is a lot easier thanks to GPS, but a major wrinkle remains: mountains, especially the Himalayas, do not stay constant.

But Waugh’s team was dogged by atmospheric refraction, or the bending of light over long distances as it passes through different densities of air. Refraction causes a mirage-like effect, which can make objects appear to be taller or shorter than they really are. Refraction is worse over longer distances, and at the time, for political reasons, Waugh’s surveyors were not able to approach the mountain too closely. Most of Waugh’s observations were made from more than 100 miles away. And yet, Waugh’s team came up with the remarkably accurate measurement of 29,002 feet. The mountain was measured numerous times over the next century, and when access was finally granted and close measurements could be made, 27 feet were added to the height.

Today, accurately measuring altitude is a lot easier thanks to satellites and GPS, but a major wrinkle remains: mountains, especially the Himalayas, do not stay constant. The Himalayas were formed by the ongoing collision of the Indian Plate with the Eurasian Plate, and the range remains very seismically active. Frequent earthquakes impact the elevation. Some quakes have minor impacts, such as when a landslide removes a few feet of rock from a summit. But movement at a fault can increase elevation by as much as five meters in a short time. Indeed, entire portions of the range are rising every year. Then again, Everest itself may have shrunk noticeably in the 2015 Nepal Earthquake.

Then there are other concerns. For example, are snow and ice part of a mountain’s height? Climbers and others have a major stake in a mountain’s height, so measuring major peaks can be a touchy subject. But preconceptions mean little in an ever-changing planet. 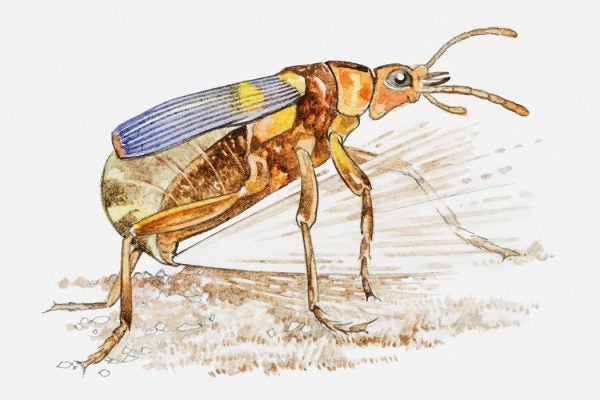 In a world full of wild insect defenses, bombardier beetles stand out for the violent chemical reaction they employ to deter enemies.