Offshore oil and gas exploration in the Atlantic Ocean will involve seismic blasts, which may be harmful to whales and marine mammals. 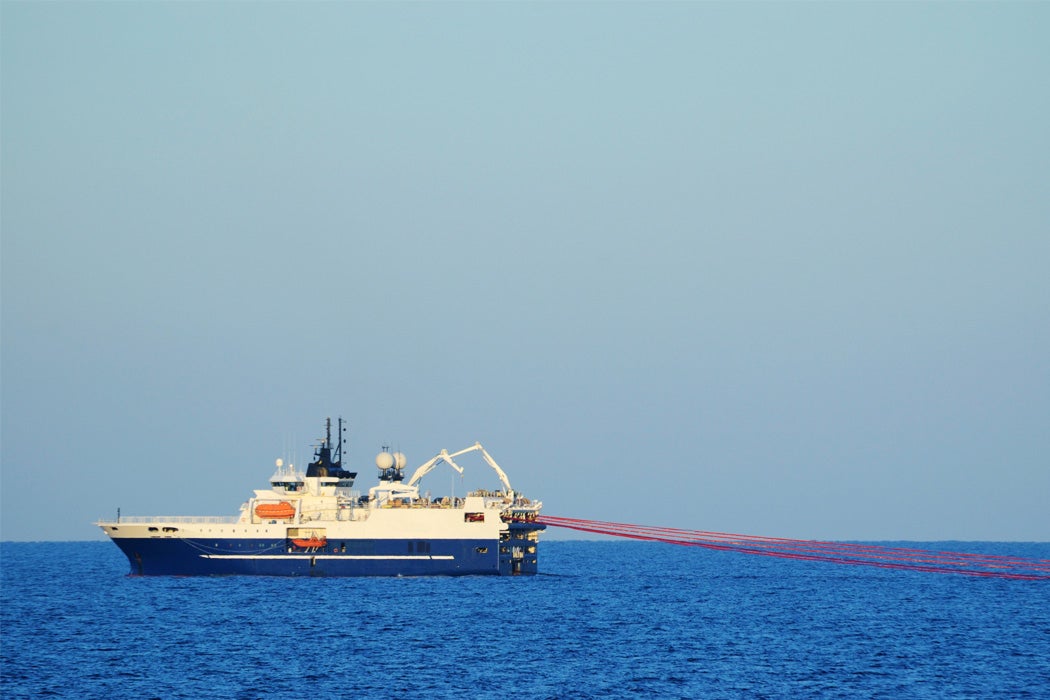 The Trump administration recently authorized offshore oil and gas exploration in the Atlantic Ocean, an area previously off limits. To find oil deposits, ships use air guns to generate seismic blast waves that map the geological profile of the sea floor. There is widespread concern that the noise and shock are harmful to whales and marine mammals.

Bill Streever and colleagues, writing in Arctic, document how fish behaviors may respond to seismic tests. In a study of fish catch rates in the vicinity of testing, fewer fish were caught closer to the blast source, but catch rates actually increased in more distant nets. The results suggest that fish react by moving away from a blast, with unknown ecological effects over the large scale. Making matters more complicated, other factors such as depth or the shape of the sea floor can affect the range and intensity of the impacts, so each blast may be unique in its effects.

There is currently no obligation to study fish densities prior to seismic blasts, so it will be impossible to tell how severely fish populations are impacted in the Atlantic.

The complexity of the problem was echoed by John J. Govoni et al. in Journal of Coastal Research, who studied the shockwaves from underwater explosions that produce a similar effect to air guns. They found that explosions’ impacts on fish can depend on the exact wavelength of shockwave a fish experiences, which in term is determined by distance and type of blast. The physical characteristics of the fish, such as the presence/absence/structure of a swim bladder (the buoyancy control organ in many fish), also influence risk. Smaller fish are the most vulnerable, and in addition to those killed many larval fish would be injured.

Govoni et al. concluded that in their particular study the impacts would not threaten the overall fish population, but with a major caveat: their conclusion is based on known densities of larval fish in the blasting area. There is currently no obligation to study fish densities prior to seismic blasts, so it will be impossible to tell how severely fish populations are impacted in the Atlantic.

Current regulations and most studies only consider the immediate blast impacts, and don’t take into account other stressful conditions that might exist. So, for example, a fish that was injured by a blast might be more likely to die if it was already stressed for other reasons. Many researchers, such as Douglas Nowacek and colleagues, argue that regulations need to consider the collective impact of all the blasts an organism may experience in its lifetime. In addition to immediate risks, there may be cumulative or chronic effects of multiple exposures to blasts or other shocks. The long-term physiological or behavioral impacts are just not known. Nowacek et al. suggest an international body to monitor these sounds and their impacts, but for the moment the volume of blasts is increasing with no overarching plan to address the issue.

Various regulations exist to limit blasts when marine mammals are near, but it’s unclear whether the measures are sufficient. Regardless, seismic exploration potentially impacts a variety of marine life. 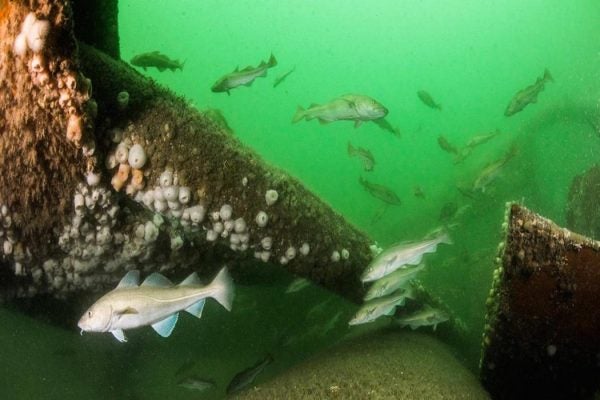