How Influenza Devastated the Navajo Community in 1918

Like COVID-19, the 1918 influenza pandemic moved swiftly through the Navajo community, but firsthand accounts of the devastation are rare. 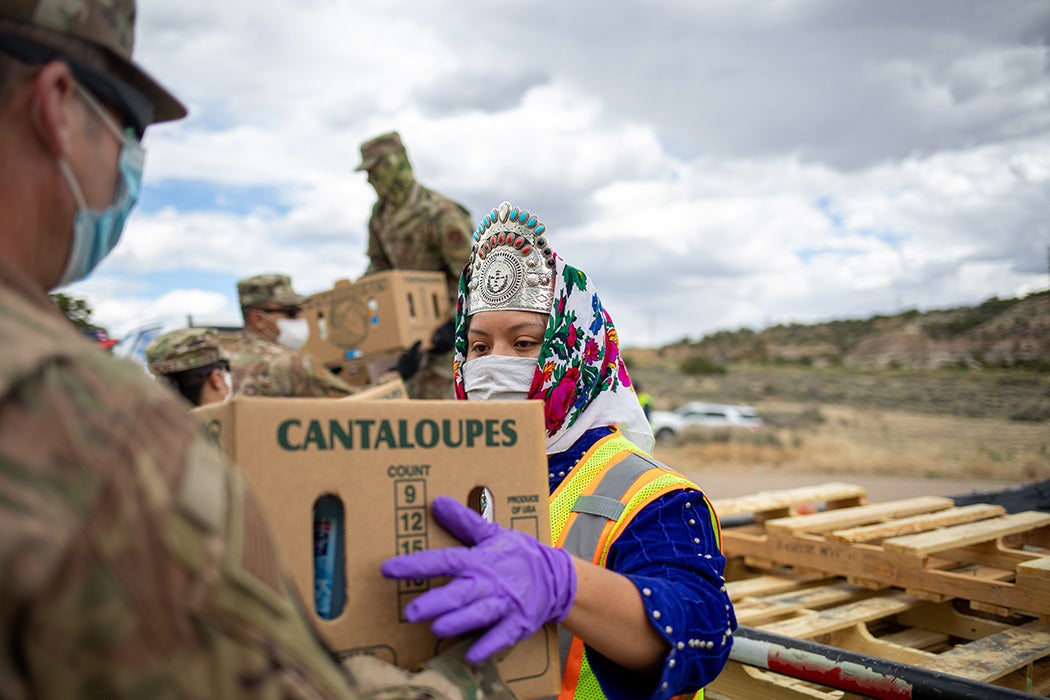 Miss Navajo Nation Shaandiin P. Parrish grabs a box filled with food and other supplies to distribute to Navajo families on May 27, 2020 in Counselor on the Navajo Nation Reservation, NM
Getty
By: Erin Blakemore
3 minutes
Share Tweet Email Print

As COVID-19 spread across the United States, Native American reservations bore much of the brunt. As of June 30, the Navajo Nation had seen 7,549 cases of COVID-19—over 4 percent of its population, with a per capita rate that exceeds that of any individual state. Health and income disparities and the reservation’s huge size—it covers about 25,000 square miles, an area comparable to the entire state of West Virginia—have made Navajo people more vulnerable and hampered relief efforts.

The community has faced down terrible pandemics before. In 1918, influenza devastated Indigenous people. But as Benjamin R. Brady and Howard M. Bahr write, Navajo people demonstrated both bravery and compassion during the epidemic.

Since traditional Navajo culture discourages talking about people who have died, accounts of the influenza pandemic’s impact on the reservation are sparse. But the disease penetrated “far back into the trackless areas of the reservation,” Brady and Bahr write, and took a particular toll on women and children. Then as now, the sheer size of the reservation presented deadly challenges, and scant healthcare resources left people in the lurch.

Historically neglected and subject to epidemics against which they had no defenses, Navajos were already more susceptible to childhood diseases. And since traditional remedies involved ceremonies that precluded social distancing, Bahr and Brady note, people seeking care often infected large numbers of others. Traditional beliefs increased susceptibility in other ways. “The Navajo belief that people approaching death posed a threat to the living, combined with the belief that a place in which someone died was haunted by the malicious spirit of that person, had led to the practice of moving dying persons outside the home,” they write.

According to revised estimates, between 10 percent and 18 percent of the Navajo population died of influenza in 1918.

But that doesn’t mean the community was helpless. Medicine men worked overtime, and some others took it on themselves to try to cure their families and neighbors. Brady and Bahr—who emphasize that Western practitioners couldn’t cure the disease, either—emphasize accounts of people who provided gentle nursing and took care of survivors.

Brady and Bahr uncover undercounting of the death rate on the reservation by the Bureau of Indian Affairs, which did not acknowledge a report that corrected an undercount in the southern part of the reservation. According to the authors’ revised estimates, between 10 percent and 18 percent of the Navajo population died of influenza in 1918—almost twice the nationwide rate of about 10 percent. “The losses they experienced were greater than most of the rest of the nation, greater than many other tribes, greater than the government would acknowledge,” Brady and Bahr write, tying the undercount to a broader pattern of federal malfeasance and neglect.

Yet Navajos moved on—and, along with much of the world, forgot the influenza pandemic. “There certainly was bewilderment, chaos, and horror, but there also was bravery, love, sacrifice, and commitment,” Brady and Bahr conclude. “These exemplary experiences will only be remembered when the influenza epidemic of 1918 is accepted as part of tribal and national memory.” As coronavirus infections spike around the Navajo Nation in states that have not adopted their neighbors’ stringent lockdown policies, which include weekend curfews, a travel advisory, and a mask requirement in public places, it remains unclear what role COVID-19 is destined to play in the complex history of the health of the Navajo people.

The Influenza Epidemic of 1918–1920 among the Navajos: Marginality, Mortality, and the Implications of Some Neglected Eyewitness Accounts
By: Benjamin R. Brady and Howard M. Bahr
American Indian Quarterly, Vol. 38, No. 4 (Fall 2014), pp. 459-491
University of Nebraska Press 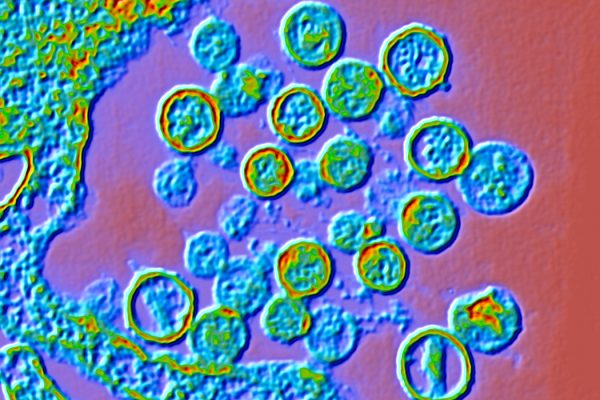