How Florida Got Its Name

506 years ago, Spanish explorer Juan Ponce de León landed in what he christened “Florida.” Historians still wonder where the name came from. 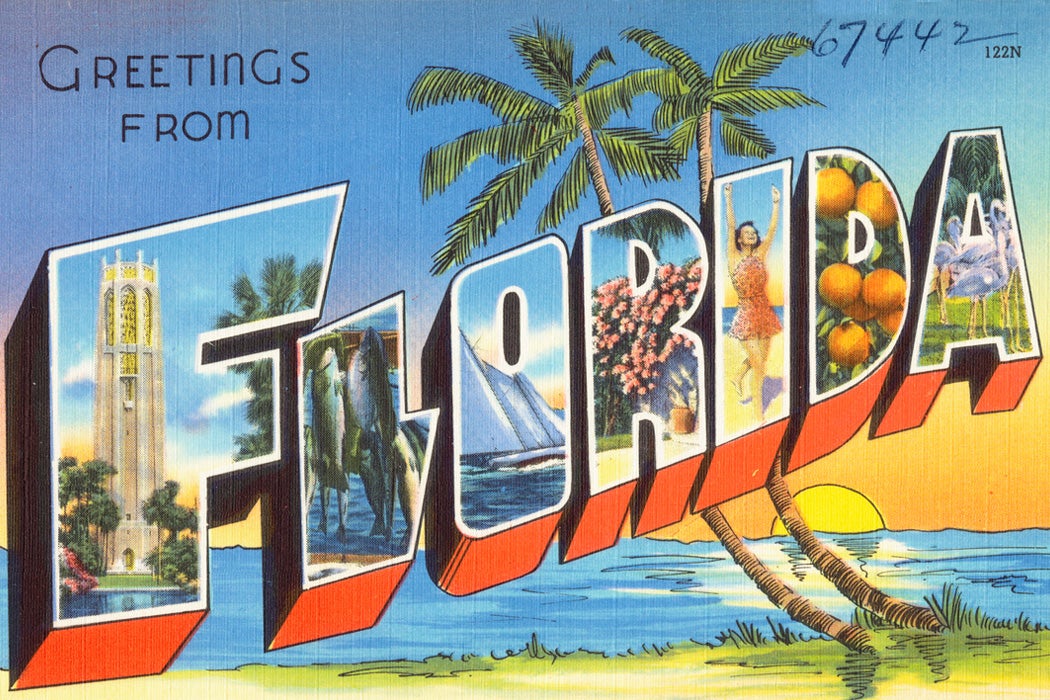 In April of 1513, Spanish explorer Juan Ponce de León set foot on the stretch of land we call Florida today. He was looking for gold, and also for the fountain of youth, a miracle spring that at the time was believed to exist in the New World. Landing not far from today’s St. Augustine, de León examined the coast, found neither the gold nor the fountain, and moved on after naming the place “Florida.”

Over five hundred years later, historians are still pondering why he chose that name, and whether he called his find La Florida or La Pascua Florida. Turns out, the difference is significant.

According to some historical accounts of de León’s journey, his crew landed in the future Florida on Easter Sunday. For these very religious Spaniards, the day of Jesus’s resurrection was one of the most sacred holidays of the year. In Spanish, Easter Sunday is often called La Pascua de las Flores—the festival of flowers. So a prominent early theory states that de León named the new land La Pascua Florida in honor of Easter Sunday. “Their religiosity was abundant; they wore it on their sleeves in those days,” says Roger Chapman, history professor at Palm Beach Atlantic University, who traced the journey of de León’s crew. They always attributed things to God in one way or another, he adds. “It was part of their culture.”

But some historians questioned whether de León indeed set foot on Florida’s soil on the day associated with the resurrection. For example, one paper notes that the crew sighted the landmass on March 27, 1513, which was Easter Sunday—but wasn’t able to reach it until a few days later in early April. Plus, some historical texts originally listed de León’s sailing year as 1512, which was later proven to be incorrect. Had de León indeed travelled in 1512, he could have reached Florida on an Easter Sunday. But if he set sail in 1513, his arrival wouldn’t correspond with the holiday, some historians noted.

According to another hypothesis, the state earned its name because of its lush vegetation and beautiful blossoms. Chapman notes that writer Peter Parley, who composed an 1860 history and geography textbook, wrote that Florida “received its name from the abundance of wild flowers that flourished upon its soil.” De León arrived in the middle of spring, when Florida, now famous for its botanical beauty, was in full bloom. Smitten by the abundance of plants, flowers, and colors, the explorer might have called the land not La Pascua de las Flores, but rather La Florida—“the place of flowers.”

That theory certainly has merit. Florida boasts about 3,300 native species of plants, says Thomas Chesnes, professor of biology at the Palm Beach Atlantic University. That’s not counting over 1,000 more plant species that were naturalized here, thanks to the state’s geographical location.

“We are essentially a bridge between the temperate environment of the north and west, and the tropics and south,” Chesnes explains. That’s why so many plant species are able to thrive here, he adds, some blooming year-round and others seasonally, reaching their peak in spring or summer.

When de León arrived, flowers were likely everywhere. His crew didn’t even have to venture far from the ship. Just on the beach, they would have seen the bright yellow beach sunflowers and big purple beach morning glory. At night, large white moonflowers would open up. And if the crew members chose to explore further inland, they would have found more wildflowers, very different from what they had back home, Chesnes points out. Coming from Europe, seeing these lush and unusual tropical plants would have been impressive.

So does Florida owe its name to Christ’s resurrection, or its botanical beauty? The early chroniclers of de León’s journey chose the former point of view, but as American culture becomes more secularized, historians may be favoring the latter. The state certainly deserves to be named after its biodiversity. As Chesnes says, “Florida is an interesting melting pot of botany.”