How Film Noir Tried to Scare Women out of Working

In the period immediately following World War II, the femme fatale embodied a host of male anxieties about gender roles. 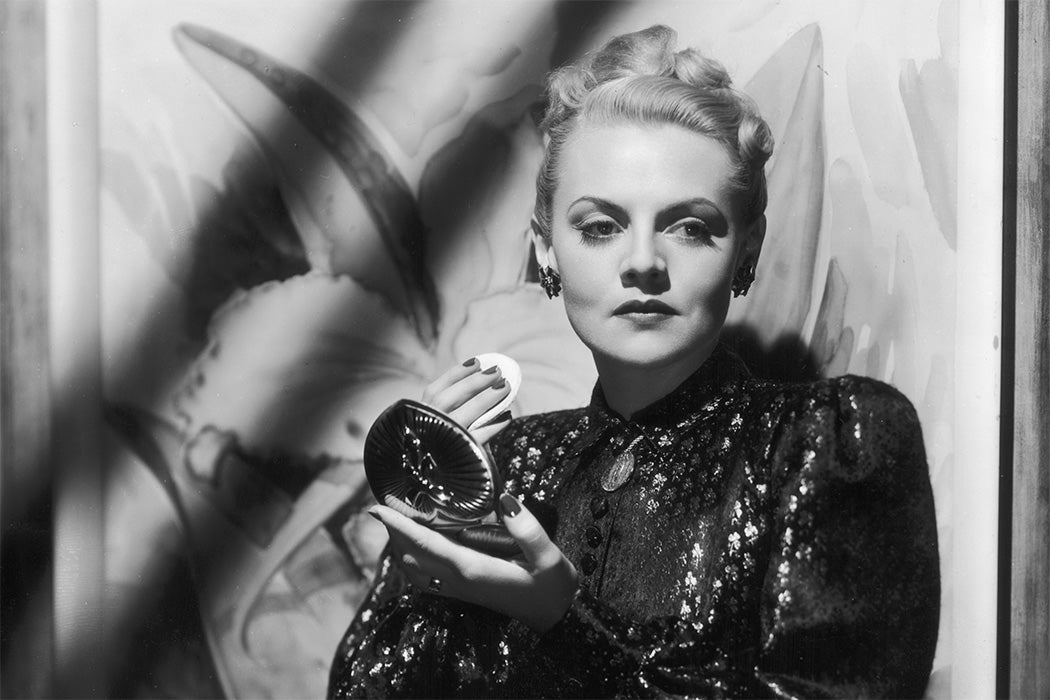 The femme fatale doesn’t get upset when men flirt with her. In fact, she barely looks at them. She just answers their lame lines with a witty retort, one that lets them know she’s not necessarily available, and that she’s definitely smarter than them. She’s always glamorous, hair immaculately curled and lips with a perfect matte finish. You can tell she’s different because she’s usually wearing something dramatic, an accessory that would look slightly ridiculous on anyone else. It might be an ankle bracelet, a turban, or a set of elbow-length gloves (that she throws in other men’s faces). Other men notice her, and she’ll constantly remind you of that fact. But none of these qualities is really what sets the femme fatale apart. Her defining feature is ambition, which means that, if you’re a man, she’s about to ruin your life.

In the period immediately following World War II, the femme fatale embodied a host of male anxieties about gender roles. Returning soldiers worried that the women they left on the homefront wouldn’t look or act the same, that they might feel differently after years of separate lives. They also worried that these women wouldn’t give up their jobs—jobs the U.S. government had practically begged them to take in wartime, but which ultimately belonged to men.

As the film historian Michael Renov argues, American women received a clear message during World War II: “If you women don’t take jobs in the factories, schools, hospitals, and offices across America, your husbands and sons will die and we will lose the war.” This was communicated through government agency pamphlets like “This Soldier May Die—Unless You Man This Idle Machine” and ads that asked, “Women of [fill in the town], are you making these casualty lists longer?”

“Ambitious women evoke a certain paranoia that is readily apparent in the metaphorical plots of classic film noir.”

It was quite the turnaround from previous messaging around women in the workforce. During the Great Depression, the government had openly discouraged women from seeking employment, most notably through the Economy Act of 1932. This law stipulated that a husband and wife could not both work for the U.S. government, and it was never a question which spouse would lose their job in the process.

The mass exodus of men from the workforce after Pearl Harbor forced a change of heart, but it was only temporary. Just a month after the war ended, 600,000 women lost their jobs. That figure would jump to two million by November 1946. The expectation was now, in Renov’s words: “If you do not bear children, especially sons, dutifully and in large number, the American way of life for which so many suffered and died will be seriously threatened.” But not everyone could be expected to snap back to the status quo that easily, and the fear that certain women were selfishly hoarding jobs from suffering veterans began seeping into popular culture. This particular tension is explored frequently in noir, which cast career women as misguided at best, criminals at worst.

The film professor Jack Boozer points to “negative images of resourceful working women” in movies such as The Best Years of Our Lives and All About Eve. In noir, however, these negative images are heightened. “Ambitious women evoke a certain paranoia that is readily apparent in the metaphorical plots of classic film noir, where they are made to appear beautiful but also treacherous, criminally depraved and castrating in their desires,” he writes.

For instance, Cora Smith, in The Postman Always Rings Twice, works at her husband’s diner, where she is bored and longs to “be somebody.” This desire evolves into a murder plot that will allow her to start a new life with her drifter boyfriend and inherit the diner for herself—meaning she is literally seeking to kill a man for his job.

The “villainous working girl” trope is also apparent in Quicksand. From her opening scene, Vera Novak is tied to her job. She enters the lunch counter where she works and strides up to the cash register. Dan Brady, a mechanic sitting there on break, stares at her. He immediately asks her out, but she brushes him off. “I’m afraid you’ve made a mistake,” she says coolly. “I don’t come with the merchant’s lunch.” He’s insistent, though, and they agree to meet after her shift ends that night. The only problem is Dan doesn’t have the money to impress Vera on their date—and a girl like Vera, who does not need him and has income of her own, will need to be impressed.

Dan steals $20 from his job, swearing he’ll replace it before anyone notices. But this kicks off a downward spiral, as he commits increasingly more serious crimes to cover up his first. All this could have been avoided if he hadn’t met Vera, who’s worked several jobs, known many men, and swears she’ll do “whatever it takes” to own a $2,000 mink coat. She is constantly contrasted with Helen, Dan’s “nice” ex-girlfriend, who just wants to get married. Unlike Vera, Helen is seemingly unemployed, as she is available to Dan at virtually any hour of the day. She promises she’ll wait for Dan while he’s in prison, a pledge that Vera would never consider.

Some of noir’s working women are not depicted as evil, but as merely selfish or foolish. The eponymous heroines of Mildred Pierce and Laura, for example, are sympathetic and wildly successful at their jobs, though they each have a fatal flaw. Mildred is too indulgent with her bratty daughter Veda, a problem that is exacerbated once she leaves her husband and starts her restaurant empire. Laura, meanwhile, associates with the wrong men, including a mentor who expects affection in exchange for career advancement. Their jobs make them bad mothers and bad judges of character. Ultimately, the message is clear: work could get you killed.