How Do Fish Schools Work?

Fish schools turn, contract, expand, even part and come back together all without missing a beat. Yet fish are individuals, not a hive mind. 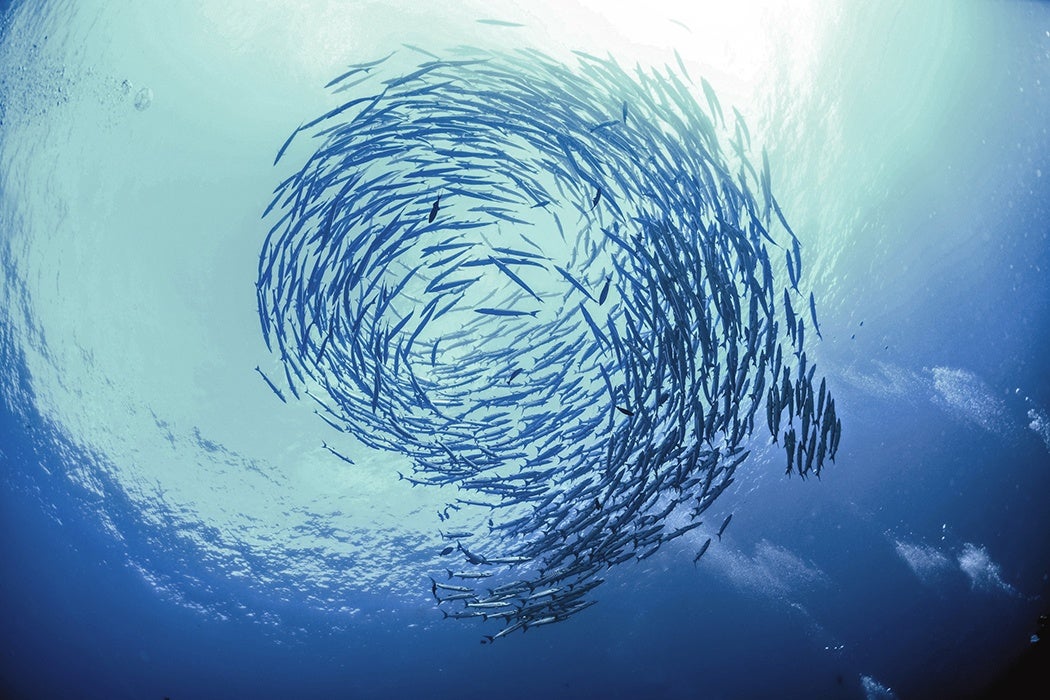 Large, coordinated school of fish, moving and shimmering in unison, are mesmerizing to behold: hundreds or thousands of individuals, moving together as if under radio control, performing movements both simple and complicated. Schools turn, contract, expand, even part and come back together all without missing a beat.

There are actually two types of fish aggregations, shoals and schools. A shoal is a looser group, sometimes consisting of different species that hang out together (often temporarily) but are not organized. Schools are highly structured with coordinated movements and a common direction. A group of fish can switch from shoaling to schooling and back again. Schooling seems to have evolved as a defense against predators and in some cases as a way to increase feeding efficiency. Every fish in a school must execute perfectly to get the best results.

Each fish maintains a “zone of repulsion” with its neighbors where a fish automatically turns away from a neighbor in order to avoid collision.

Fish schools are all the more amazing when one considers that there’s no leader. Schools come together on their own, a phenomenon known as self-organizing. The secret to cohesion hides in plain sight: a school does not need to act together, instead every individual needs to coordinate with nearby individuals. In a coordinated school, one fish turns, then it’s neighbors turn, then their neighbors turn, etc., all in the blink of an eye. A massive coordinated school is thousands of individual movements that make up one overarching movement.

Each fish coordinates with its neighbors through a combination of visual contact and their lateral line, an organ along each side of the body that can sense extremely subtle pressure changes in the water around the fish. If a neighbor turns or speeds up, for example, it will be felt in the lateral line and the fish can respond accordingly. In this system, the number of neighbors to which each fish pays attention helps determine the size of the group and the degree of coordination.

Each fish maintains a “zone of repulsion” with its neighbors where a fish automatically turns away from a neighbor in order to avoid collision. Outside that zone is the “zone of orientation” where each fish attempts to match its neighbors. When a school is moving together in a line, orienting to match neighbors is the dominant action. When a school is stationary, maintaining close distance between individuals is a greater priority.

Exactly how really complicated movements are coordinated is unknown, nor is it always certain how a large maneuver begins. Perhaps one fish takes an action, say attempts to evade a predator, its neighbors pick up on that movement and soon the whole school responds. But that speculation does not address maneuvers where each fish plays a different role, such as formation of the well-known bait balls when under attack. More sophisticated models are in the works to try and understand these phenomena.

One Response to “How Do Fish Schools Work?” 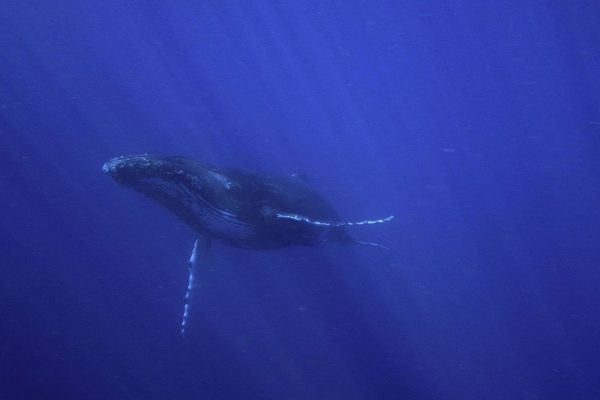 Why Have Whales Come to New York City?

What brought whales to the city? It’s a tale of water quality, plankton, and an unassuming but vital fish called the menhaden.