At a time when people from the “wrong” places were entering the U.S., missionaries tried to recruit immigrants they found acceptable. 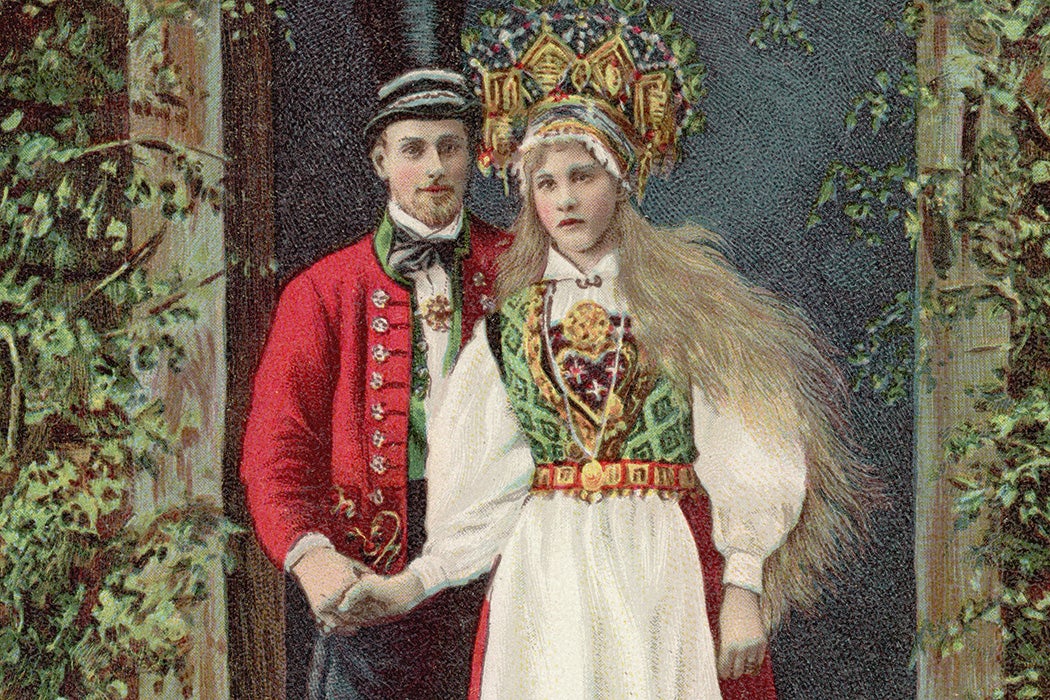 According to Census projections, whites will make up a minority of U.S. residents by 2045. That has a lot of potential implications, from encouraging an appreciation of diversity to triggering white backlash. In the late nineteenth century, historian Philipp Gollner writes, the nation faced a similar situation. The majority of the population—and the vast majority of the political and cultural elite—were Protestant, U.S.-born citizens of English, Scottish, Irish, and Dutch ancestry.

Fearful of losing their majority status to immigrants entering from Europe, some white elites tried to limit immigration. But, Gollner writes, others tried a different tack, bringing select new members into the majority fold.

M. W. Montgomery, a Congregationalist minister and leader in the American Home Missionary Society, helped begin such an effort, targeting Swedes and Norwegians.

It might seem odd to modern readers, but Americans did not always classify Scandinavians as precisely “white.” Benjamin Franklin identified Swedes—along with Italians, French, and Russians—as people of a “swarthy complexion,” less suited to become Americans than English immigrants.

Gollner writes that this was already changing by the late nineteenth century. Montgomery and his fellow missionaries made the case that Swedes and Norwegians could make ideal Americans. Montgomery enthused that these solidly Protestant immigrants would “soon outnumber” other immigrants, who were “opposed to our civilization and our Christianity.” An 1884 publication of the American Home Missionary Society promised that Scandinavians were “not peddlers, nor organ-grinders, nor beggars; they [did] not sell ready-made clothing nor keep pawn shops.”

In 1884, Montgomery traveled to Europe, seeking out potential immigrants who were religiously compatible with his own Congregationalism. Visiting like-minded Swedes, Montgomery was pleased to find much that reminded him of home. He was impressed with the height, appearance, and aesthetic taste of his hosts. He noted that one was “so strikingly like an American in personal appearance that he would pass even in Boston for a Beacon Street full-blood.”

But, Gollner notes, local church leaders were not always so happy with the Scandinavian immigrants who actually arrived in the U.S. Some of the newcomers spent less energy on religion than on labor organizing. Others became Adventists, Buddhists, or Mormons. Many simply stuck with Lutheranism, a denomination that many U.S. Protestants dismissed as stuck in old-world traditions and lacking in missionary zeal.

“God has sent these people to our very doors for us to Christianize,” one church leader wrote. “We must do it, or they will make Europeans of us.”

Gollner writes that religious leaders worked to do just that, attempting to Americanize the Scandinavians while also expanding their fellow white Protestants’ idea of who belonged in their number.

Over the decades that followed, the U.S. conception of who belonged to its “white” majority continued to expand, beyond tall, pale Protestant Swedes to encompass even Catholic Italians and Irish. Today the boundaries of whiteness in the U.S. include all European-descended people and exclude most people with ancestors from all other parts of the world. But only time will tell whether that definition will continue to change.