The spinners’ union made it nearly impossible for women to secure reliable work in the cotton mills, instituting their proper role in the workplace. 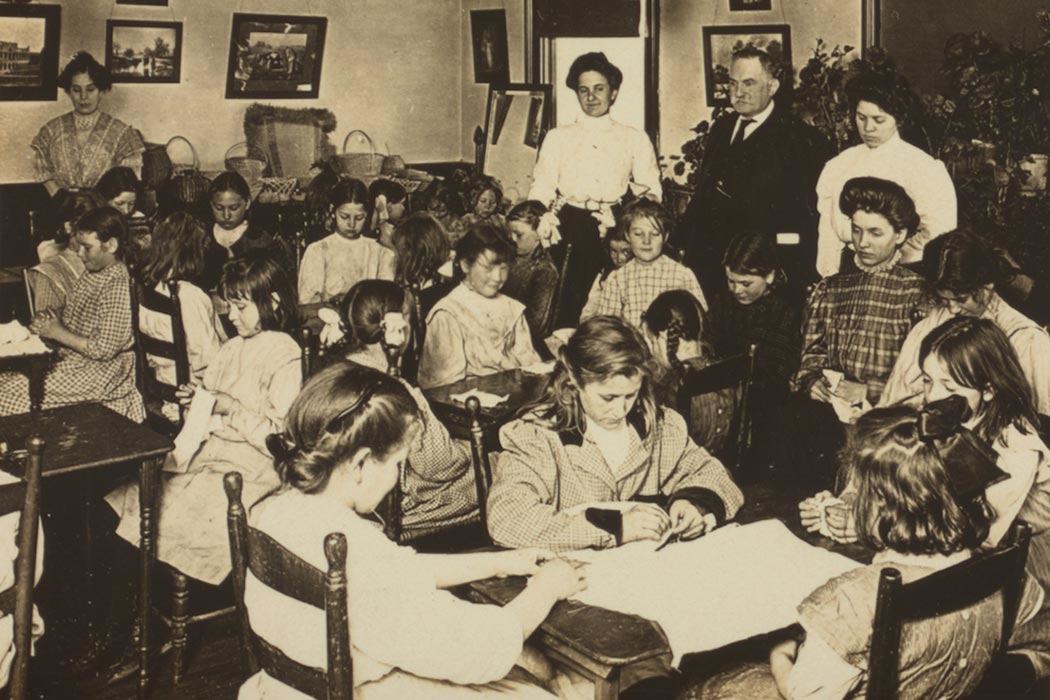 Equal pay and access to jobs are crucial goals for many working women today. That was also true nearly 200 years ago, when the entire system of waged labor, as we understand it, was still in its early stages. In a 1988 paper, Marianna Valverde explained the 19th century forces that helped shape workplace gender roles.

Keeping women out of the job was a matter of both preserving male privilege and maintaining an exclusionary craft union.

Valverde writes that, before the Industrial Revolution, spinning cotton into yarn was women’s work—and one of the few ways women could earn a wage. But then came the introduction of “mules,” or heavy machines that could spin a much finer yarn than human hands were capable of.

Mule spinning quickly became a top job among laborers in the British cotton mills of the 1820s. It was skilled work. And mule spinners had authority over other workers who helped operate the machines, paying them out of their own relatively high earnings.

However, women in this era who were employed as mule spinners soon came under attack. Union leaders sought to establish a restrictive union, modeled on artisans’ associations. A nationwide meeting of spinners in 1829 passed a resolution to restrict the job to “the son, brother, or orphan nephew of spinners, and the poor relations of the proprietors of the mills.” Besides keeping foreigners away, this established union opposition to any women entering the trade.

Because women were excluded from the mule spinners’ union movement, management was able to use them as weapons in labor disputes.

Valverde writes that keeping women out of the job was a matter of both preserving male privilege and maintaining an exclusionary craft union, since “the spinners’ masculinity and craft were completely intertwined.”

What’s more, the British government also took action to limit women’s employment in the mills. Inquiries that began with a focus on child labor seamlessly morphed into a conversation about women’s work. A British Parliamentary Papers index from that period “has no listing for either ‘women’s work’ or ‘female labour’—except as a subcategory under child labor,” Valverde writes.

In the 1830s and 1840s, a coalition of workers and upper-class reformers pushed to address the long hours that workers spent in the mills. While many workers hoped to limit working hours for everyone, a focus on women (as well as children) was a much easier sell. This was partly because women were seen as having less agency than men, and partly because of the perceived danger to society posed by women working outside the home. In 1844, one reformer in the House of Lords argued that women’s work in the mills “disturbs the order of nature” by “ejecting men from the workshops, and filling their places by females, who are thus withdrawn from their domestic duties.”

Ultimately, the reform movement helped to create a vision of working-class respectability defined by a male breadwinner and a woman who stayed at home. Women continued to work in the mills, but they were often barred from skilled work.

Today, the results continue to influence the role of gender in the workplace. 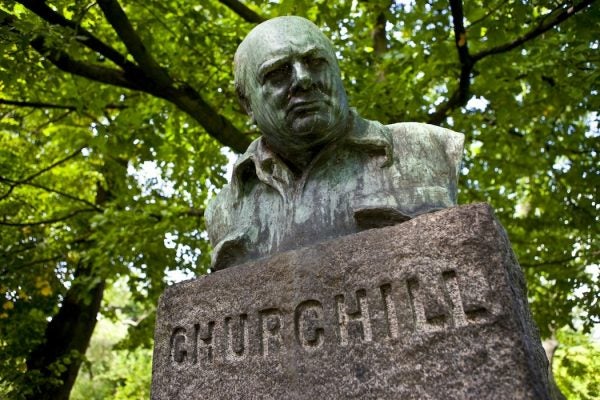 The famous "Iron Curtain" speech that propelled us into the Cold War highlights Churchill's near roguish fight to challenge the U.S.S.R.