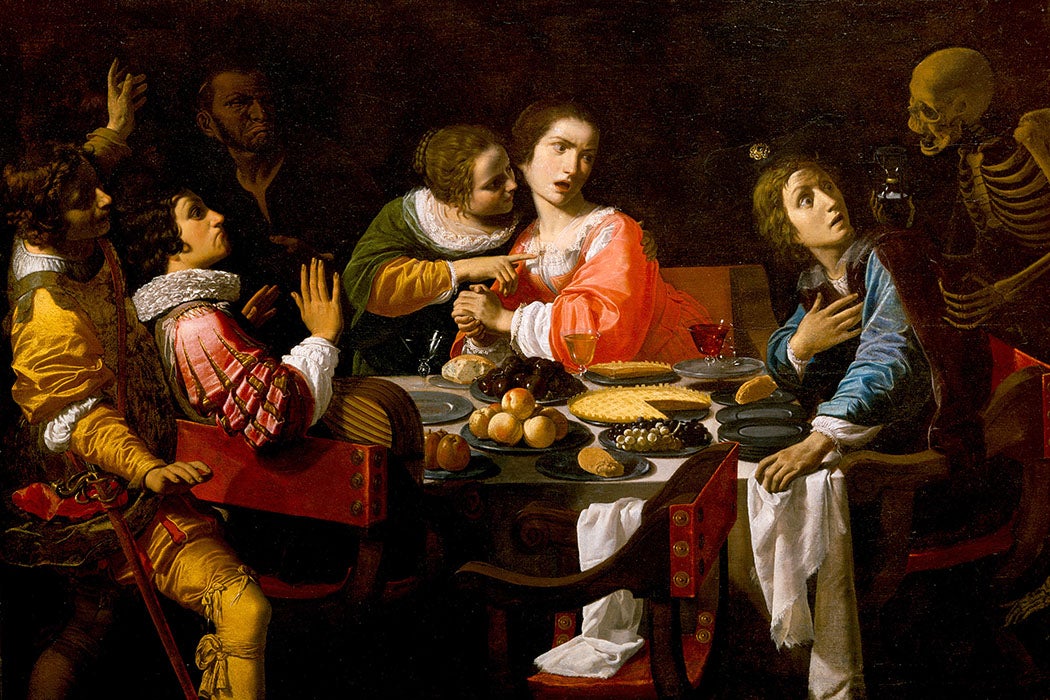 Imagine a Renaissance king casting his gaze over a banquet of roasted meats, rich sauces, glazed honey cakes, and fine wine. Even though his stomach rumbles with hunger, he might lose his appetite when considering that anything on the table could, in fact, cause him to die horribly over the course of the next few hours.

Suspicions of poisoning caused constant unease at royal courts. Young, generally healthy people died routinely from malaria, typhoid fever, ruptured gastric ulcers, and appendicitis, but physicians usually had little idea of the cause of death, fanning the flames of fear. As a result, courts developed elaborate poison protocols that went way beyond food tasters nibbling at the various dishes, hoping they wouldn’t clutch their throats and hit the floor dead.

According to a 1951 article in Scientific American, unicorn horns, for instance, were valued for their unique ability to render poison harmless upon contact. They were also believed to sweat and tremble if poison was nearby. Outrageously expensive—ten times their weight in gold—a unicorn horn was waved over the banquet table and plunged into the food and drink before the royal family ate. These so-called unicorn horns were actually the tusks of an Arctic whale called a narwhal, which wasn’t “discovered” until 1684. Until then, Europeans marveled that all the unicorns in the world seemed to go to northern beaches to die.

Before the royal family ingested a crumb, their servants kissed and licked their plates, cups, and silverware, checking for poison (but also coating them with germs, though no one knew that). And royals weren’t just worried about poisoned food and drink. Henry VIII’s gentlemen of the bedchamber kissed every part of his pillows and sheets they had touched while making his bed to prove they had not smeared poison on them. The chamber pot of his son, Edward VI, was tested before he used it, though we are not sure how. Perhaps one of his servants sat on it with his bare butt and waited to see if his cheeks flamed up bright red and burning.

“All manner of things that shall touch any part of her majesty’s body bare” had to be tested before the queen wore them.

In 1560, Elizabeth I’s secretary of state, William Cecil, concerned about a Catholic plot to poison the new Protestant queen, declared that “all manner of things that shall touch any part of her majesty’s body bare” had to be carefully guarded, tested, and examined before the queen wore them. Which must mean Elizabeth’s ladies-in-waiting tried on the royal underpants and, experiencing no burning sensation or other ill effects, passed them on to the queen.

Ironically, those at royal courts terrified of poison were unknowingly poisoning themselves on a daily basis with their cosmetics and medications. Noble ladies wore white makeup made from mercury, lead, vinegar, and a pinch of arsenic. They colored their cheeks and lips with vermilion—powdered cinnabar—which contained mercury. As a finishing touch, they applied a fine dusting of costly arsenic face powder. Fashionable they may have been, but all those heavy metal poisons caused birth defects, kidney and liver problems, fatigue, tremors, violent mood swings, paralysis, and, over time, death.

In the sixteenth century, popular new recipe books provided instructions on preparing homemade cosmetics and medications, often with toxic—and disgusting—ingredients. According to the 1675 book The Accomplish’d Lady’s Delight in Preserving, Physic, Beautifying, and Cookery, urine was “very good to wash the face withal, to make it fair.” In 1555, Girolamo Ruscelli’s The Secrets of the Reverend Maister Alexis of Piedmont advised those with blemishes to dry them up with a hearty application of ox dung.

Ruscelli provides us with an astonishing recipe for a mercury face mask involving eggs, vinegar, and turpentine mixed together in a lead dish—which would have caused the lead to leach out into the mixture—added to onion, quicksilver, and lemons, which was to be left on the face for eight days.

The British Medical Journal reports that one royal mistress accidentally killed herself with her poisonous beauty regimen. Diane de Poitiers, the scintillating mistress of King Henri II of France, was nineteen years older than her royal lover and took extraordinary measures to ensure a youthful appearance, one of which was drinking a potion of liquid gold. Physicians believed that gold had magical qualities and, since it never tarnished or aged, if you ingested it, you wouldn’t tarnish or age either. Unfortunately, ingesting large amounts of gold is quite poisonous. It kills red blood cells—which must have given Diane a fashionably white complexion—and inflames the kidneys and intestines. But Diane didn’t drink the potion once a month, as prescribed in Ruscelli’s book; she drank it every day. In 2008, French researchers were shocked to find in the ground beneath her bones large amounts of gold, which had seeped out of her decomposing body.

While courtiers were lining their insides with potions of gold (and silver, and powdered pearls and diamonds), on the outside they must have been an itchy, foul-smelling lot. A good bath, they believed, could prove fatal. In his 1531 medical advice book, This is the Myrour or Glasse of Helth, the Dominican friar Thomas Moulton wrote, “Use not baths or stews, nor sweat too much, for all openeth the pores of a man’s body and maketh the venomous air to enter and for to infect the blood.”

Lice was a perennial problem for the unwashed. To combat the critters, courtiers massaged arsenic cream into the scalp, armpits, and pubic region which, being poisonous, killed the lice, and, over time, the patient. Skin ulcers, too, resulted from uncleanliness. In 1585, the French royal physician Ambroise Paré wrote that he treated them by applying “a plate of lead rubbed and whitened with quicksilver,” a remedy that included not one, but two poisons. Mercury ointment was effective in healing syphilis lesions: It poisoned the bacteria causing the infection. But it absorbed easily through the skin and caused excess salivation, paranoia, black teeth, loss of jaw bone, a metallic taste in the mouth, and death.

No matter what century you live in, when your intestines turn to concrete, potent purges are required to get things flowing. Ambroise Paré praised the powerful laxative properties of quicksilver. “It opens and unfolds the twined or bound up gut,” he wrote, “and thrusts forth the hard and stopping excrements.” To cure constipation, he recommended giving a pound of quicksilver at a time to a puppy, collecting it when it came out the other end, boiling it in vinegar, and drinking it, a recipe that gives new meaning to the term “toxic waste.”

Oddly, medical cannibalism was popular until about 1700, writes the comparative literary scholar P. Kenneth Himmelman in Dialectical Anthropology. Human body parts, called mumia, were sold to apothecaries and physicians by the town executioner. Doctors believed that some essence of the life force remained in the body after death, especially in the case of executed criminals or accident victims, cases where life was taken suddenly from an otherwise healthy young person. The remainder of the deceased’s natural life span could thus be ingested by the person consuming his body parts.

To cure epilepsy, doctors concocted recipes of dried human heart or made a potion of wine, lily, lavender, and an entire adult brain, which weighed about three pounds. Human fat was used to treat consumption, rheumatism, and gout. Physicians recommended those suffering from hemorrhoids to stroke them with the amputated hand of a dead man—a macabre and unpalatable image to ponder.

These days, it’s unthinkable to apply excrement—human or animal—to an open wound or—even worse—to ingest it. But while modern doctors shudder at the thought, many Renaissance physicians advised their patients to do exactly that. For kidney stones or bladder infections, Ruscelli advised his patients to drink ox dung mixed with radishes, white wine, strawberry juice, lemon juice, sugar and honey. Those suffering from nose bleeds should thrust hog’s dung—still warm—up the nose. Human excrement—dried and powdered, was blown into the eye to cure ailments. In 1660s, Thomas Willis, the richest doctor in England, recommended treating lung ailments with drinks made of the dung of horses, cocks, oxen, or pigeons. He advised eating rat droppings as a surefire remedy for constipation, probably because the body would react quickly and violently to rid itself of the harmful substance.

In addition to poisonous cosmetics and medications, royals suffered health problems caused by their filthy environment. Those gorgeous palaces were dominions of dung, most rooms containing brimming chamber pots, sources of bacterial infection and parasites. In the fifteenth century, both King Richard III of England and French royal mistress Agnes Sorel had foot-long roundworms in their intestines. They would have periodically spit them up… alive.

Shockingly, some courtiers didn’t bother to use a chamber pot. They just dropped their breeches and did their business in a public space. A 1675 report on the Louvre in Paris claimed that “on the grand staircases… behind the doors and almost everywhere one sees there a mass of excrement, one smells a thousand unbearable stenches caused by calls of nature which everyone goes to do there every day.”

When the Portuguese princess, Catherine of Braganza—who had led a sheltered and pious existence—arrived in England to marry King Charles II in 1661, she and her ladies were horrified to find noblemen blithely urinating throughout the palace. The ladies complained “that they cannot stir abroad without seeing in every corner great beastly English pricks battering against every wall.”

Festering palace filth was the reason royal courts moved around so much. Henry VIII traveled from Hampton Court to Windsor Castle to Greenwich Palace and beyond, often completing thirty moves a year. Once the court vacated, servants descended, buckets and scrub brushes in hand, to remove all the human waste off the floors.

Royals were right to fear poison, as it was—we now know—omnipresent at court. Curiously, with few exceptions, the threat was not a stealthy assassination attempt by an enemy, but self-imposed poison, ingested daily. 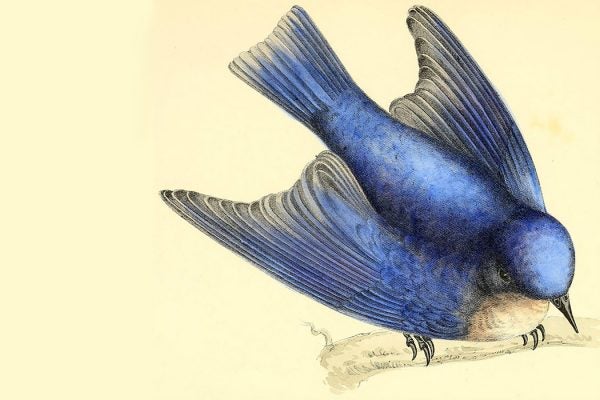 Susan Fenimore Cooper, known as her father James Fenimore Cooper's secretary, is now being recognized as one of the nation's first environmentalists.