The author of the preamble to the Constitution spent years in Europe as a businessman, diplomat, and connoisseur of the pleasures of the flesh.

Gouverneur Morris (1752–1816) was a rather unusual “founding father.” An opponent of slavery, he served in the Continental Congress and wrote the preamble to the Constitution—he’s responsible for “We, the people.”

But Morris has also been called the “rake who wrote the Constitution” because of his sexual exploits in Paris in the 1790s. He recorded them in a uniquely candid diary that he kept for a decade in Europe.

Ideas about liberty were in the air when Morris kept his diary. He moved to France for business in 1789—the same year the French Revolution started—and then served as U.S. Minister Plenipotentiary to France from 1792 to 1794. He was in Europe until 1799, and he got to know, intimately, the movers and shakers of both the old regime and new revolutionary one. He stayed put through the Terror, at one point supposedly convincing a mob that he’d lost his leg fighting for liberty. (It was actually a carriage accident.)

Morris’s diary is a “rare glimpse of male sexual attitudes and practices not connected to legal or criminal coercion and not enshrined by marital monogamy.”

What can his diary tell us about sex in the late eighteenth century? A lot, writes historian Thomas Foster, who argues that Morris combined the “liberal sexual expression of libertinism with the sentiment and semiegalitarianism of the companionate marital model of heterosexual love.”

At the time, these two versions of sexuality were in conflict. “Enlightenment ideas about sexuality splintered along the lines of two opposing groups: those who espoused marriage and those who focused on the extramarital pleasures of the flesh,” Foster writes. “One of the hallmarks of the more open sexuality of the times on both sides of the Atlantic was the libertine or rake, a figure that would come to electrify proscriptive literature.” Morris, for his part, was unmarried till age fifty-seven.

Foster writes that Morris’s diary is a “rare glimpse of male sexual attitudes and practices not connected to legal or criminal coercion and not enshrined by marital monogamy.” Unlike the diaries of Virginia planter William Byrd or the plantation owner and serial rapist Thomas Thistlewood in Jamaica, “Morris’s writings were not infused with the language of eighteenth-century misogyny that helped men to define themselves in hostile opposition to women.” Morris seemed to believe in “mutual sexual desire between both parties,” not “taking and using slaves, servants, or lower-status women.”

This made him different from the “rakes, rogues, and rapists” of libertinage. In the sixteenth century, a libertine was a free-thinker in religion, but in the seventeenth and eighteenth centuries, the term took on its sexual connotations, focusing on the exploitation of women and an ethos of seduction and abandonment. Foster argues that Morris adopted the rhetoric of freedom in libertinage but not the then-modern predatory aspects.

Morris “complicates our understanding of early American male sexuality, which has generally been characterized as either dominated by a reproductive imperative or enforcing racial, class, or gender hierarchies.” Removing himself from the “late eighteenth century war of the sexes,” Morris clearly enjoyed France’s sexual culture. He seems to have actually liked women, too. 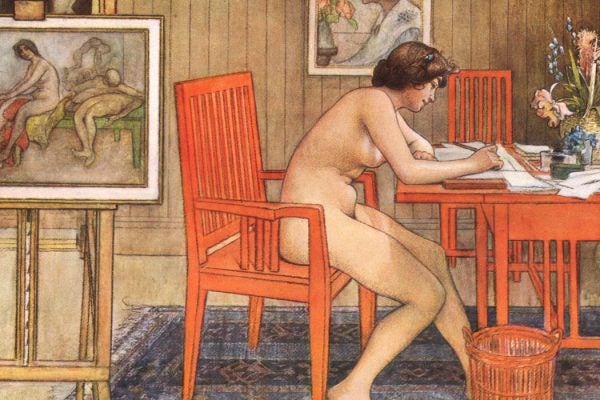