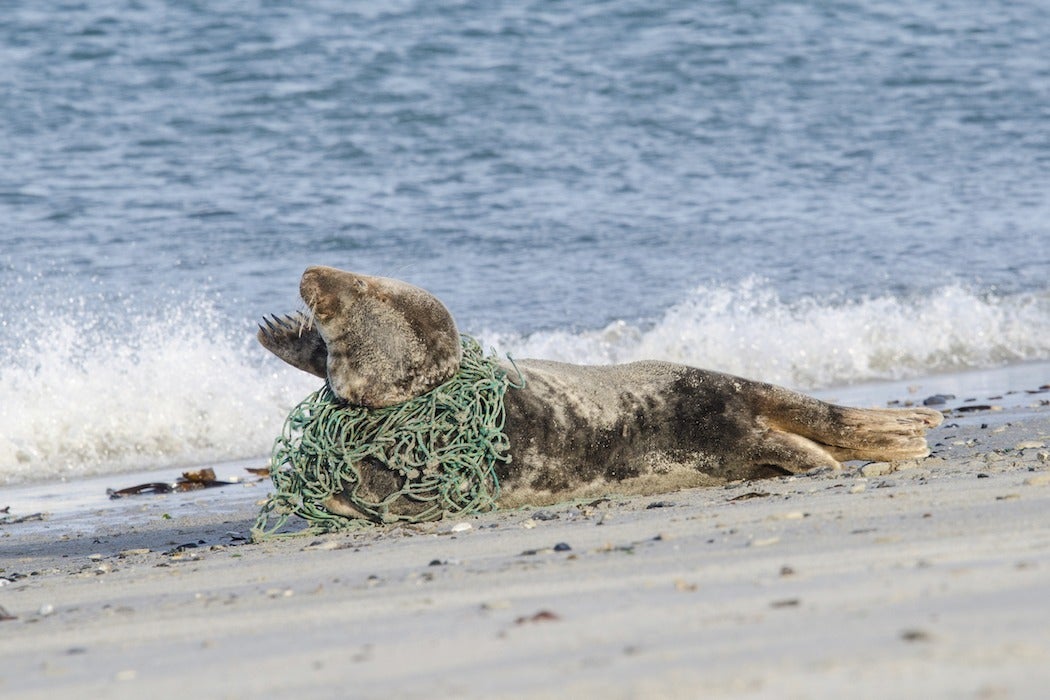 I had a dramatic introduction to ghost fishing on the first day of my five years studying seabirds off the coast of Maine. As I stepped off our landing dinghy and onto the beach of the uninhabited island where we worked, I nearly tripped over a boxy cage of green wire mesh and nylon netting. It was a lobster trap. Beyond it was another one, and then another. Crushed, dented traps littered the remote beach, separated from mooring buoys by storms or ship propellers and left to drift free until they washed ashore.

Eventually, we would salvage the more damaged traps as material for shelves, dishracks, and other furniture for our campsite. That first day, however, most of them were still intact. On closer inspection, I saw that they contained the remains of several dead guillemots–small, burrowing seabirds that took shelter in the traps and couldn’t escape. Although the traps were no longer catching lobsters, they still captured, with lethal effectiveness, anything that ventured inside.

Ghost fishing is the process by which fishing equipment no longer under human control–known by its unpronounceable acronym, ALDFG (Abandoned, Lost, or Otherwise Discarded Fishing Gear)–continues to trap and kill wildlife. This process doesn’t happen only in marine environments. Deep in remote jungles, for instance, abandoned pit traps can prove hazardous for passing elephants. But the vastness and inaccessibility of marine ecosystems mean that traps lost at sea are especially difficult to recover, and staggering amounts of gear can be lost below the ocean’s surface. According to current estimates, derelict fishing gear is entering the marine environment at a rate of about 640,000 tons per year.

On a seabird nesting island in the Gulf of Mexico where I currently work, we found eight gulls and pelicans entangled in a stretch of ordinary fishing line about twenty feet long. A single net found drifting in the North Pacific contained 99 dead seabirds, two dead sharks, and more than 200 fish of various species. Over seven years, a net recovery program in the Pacific Northwest recovered 870 nets from around the Strait of Juan de Fuca, containing more than 500 marine birds. Abandoned gear, often containing scraps of bait and trapped fish, can offer an attractive feeding station that draws even the largest marine predators. The same ocean currents and gyres that marine predators use to locate prey can also lead them to floating nets. Whales, dolphins, marine turtles, seals, and sea lions have all been found dead or entangled in derelict fishing gear.

Once ghost gear arrives on land, it’s not only marine species that are in danger of being captured. A dramatic 1975 photo shows a reindeer on an Alaskan island entangled in 65 pounds of fishing net. In Maine, not far from the islands where I first witnessed the effects of ghost fishing, nine blue jays were found dead or severely emaciated in idle lobster traps at a single storage site.

Some loss of fishing gear at sea is unavoidable. A storm can blow up at any moment, wrenching traps from their moorings or sweeping heavy nets off the decks of boats. When a piece of equipment is accidentally dropped or tangled, a fisherman may have no choice but to let it go. Nevertheless, even assuming a steady rate of gear loss, advances in technology mean that ghost equipment is likely to accumulate with time. In the 1950s, fishing nets and ropes were mainly made of natural materials, which degraded quickly in the marine environment. But the high costs of replacing damaged equipment led to the development of synthetic materials that last much longer under harsh conditions. As fishing equipment becomes more durable and effective, it also becomes more lethal. The coated wire used to make today’s lobster traps means they can last much longer without degrading, increasing their ghost-fishing lifespan. It’s a boon for the occasional biologist trying to build durable camp furniture, but bad news for marine wildlife.

Newer traps contain built-in “escape vents,” holes in the trap that allow an escape route for anything small enough to fit through the hole. Other, less-widely-adapted suggestions include incorporating biodegradable materials into trap construction or reducing gear loss by using stronger mooring lines.

Technology aside, the main weapon in the fight against ghost fishing is still basic human effort. Trap removal programs, in which volunteers work in teams to collect discarded gear from beaches, exist in many coastal U.S. states. Internationally, programs such as Healthy Seas and Net-Works involve local fishing communities in collecting and recycling discarded nets to make new products like carpets, returning the profits to community members. In Florida, near the island where I found seabirds entangled in fishing line, the Monofilament Recycling and Recovery Program is working to clean up discarded fishing line, educate fishermen, and make it easier to safely dispose of unwanted gear.

These are small steps, but together they’re shining a much-needed spotlight on the impacts of ghost fishing, making it just a little less… well, ghostly. 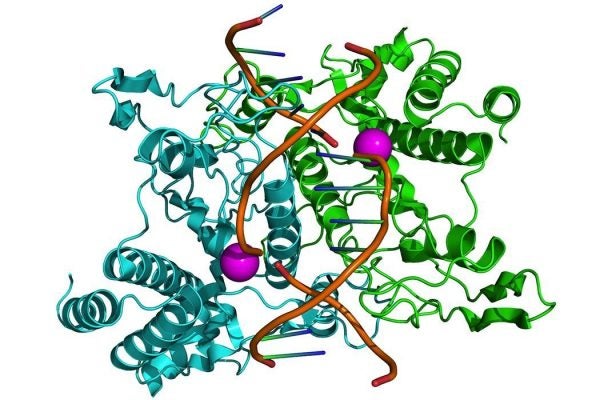 The Revolution Will Be Geneticized: From Restriction Enzymes to CRISPR