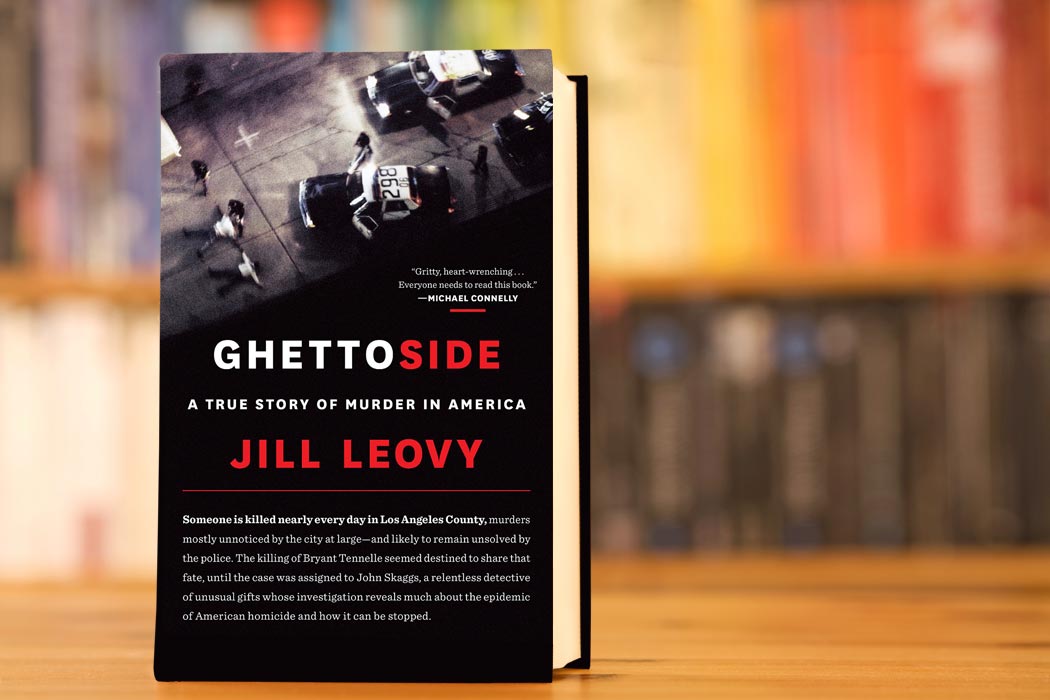 When his son Bryant Tennelle was shot on a street corner near their home, the Los Angeles Police Department knew they had to solve the murder and get it right. Here was an instance of the most common kind of homicide in America—one black man (or more) shooting another black man. But this case was different, in part because the detectives were colleagues of the victim’s father. The motive, it turns out, remains muddy, though it had to do with gangs—the shooters were affiliated with one, but Bryant Tennelle was not. The murder of Bryant Tennelle lies at the heart of reporter Jill Leovy’s new book, Ghettoside, which takes its name for the southern and central districts of the city from the residents of the neighborhood.

Leovy writes that the cops picked up the word “ghettoside” from a Watts gang member, and “the term captured the situation nicely, mixing geography and status with the hustler’s poetic precision and perverse conceit. It was both a place and a predicament, and gave a name to that otherworldly seclusion that all the violent black pockets of the county had in common—Athens, Willowbrook, north Long Beach, Watts. There was a sameness to these places, and the policing that went on in them.”

The first half of the book looks at the years LAPD stalwarts call “the plague” or “the Big Years.” Homicides hit a record number in 1980, then surged again in the early 1990s. The statistics are staggering: in 1992, black men in their 20s in Los Angeles Country were killed at a rate 30 times the national average: 304 deaths per 100,000 people. In 1993 things got worse: black men aged 20 to 24 died by homicide at a rate of 368 per 100,000, which Leovy points out was “40 times the national average and almost exactly the per capita rate of US soldiers deployed to Iraq in the aftermath of the 2003 invasion.”

Wally Tennelle got his detective’s shield in 1990, earning a front-row seat to the horrible, nearly epidemic numbers for LAPD homicide. But outside these grief-stricken neighborhoods, it was tough to get people to care. Leovy writes, “Gangs were a big topic, but atrocity, trauma, and lifelong sorrow not part of the public’s vocabulary about black-on-black violence. Somehow, mainstream America had managed to make a fetish of South Central murders yet still ignore them.”

During the Big Years, every cop had hundreds of murders to investigate, and the solve rates were abysmal.

The “GIN,” or ghetto information network (another term the cops lifted from the locals), works fast; but witnesses whose lives are enmeshed in the neighborhood are obviously reluctant to come forward. Plus there was the sheer volume of cases: one detective said even when cases had leads, the fact that there was always “fresh stuff… coming in” meant that investigations got rushed, fumbled, or dropped.

Good cops, therefore, treated police work with an anthropological perspective, tenaciousness, and discipline. They infiltrated their ghettoside neighborhoods, and got to know the people living there even if their relationship to the law was ambiguous at best. When the word on the street was that “everybody knows” who committed a murder, the police’s job was to get witnesses to come forward despite the stigma—and threats—that they faced on the streets.

Wally Tennelle and his wife, Yadira, met and fell in love when they were young—she was 19 when they married. He was 22. After a stint in the military, Tennelle became a cop in 1980. He and Yadira set up house in South Los Angeles, in one of the most violent parts of the city. They had three children in all, “who teased their parents for being boring.” Privately, though, [their daughter] Didi had another word for them—wholesome. They were like the Brady Bunch, but biracial—Yadira is Costa Rican—though all three kids considered themselves black.

Their younger son, Bryant, was the kid his parents worried about most. Restless in school but hardworking and great with his hands, Bryant was just starting to find his footing in life when he was shot around the corner from his home. Plenty of people saw Bryant get shot. Everybody knows what happened. But it took the unique skill set of John Skaggs to solve the murder and bring the killers to justice.

Skaggs was another veteran of the plague years. He emerges as the hero of the book, but not because he rides in on a white horse and solves the whodunnit of Bryant’s murder. It is his attitude that Leovy holds up as a standard. When he first started as a homicide detective, Skaggs knew he’d found his vocation. Yet when asked why he knew this was the work he was meant to do, he gave a strange answer. “I could do it,” Skaggs said when pressed. “I could do it. Who else can?” Not only could Skaggs do it, he did it exceptionally well. He dodged promotions that would take him off of the streets and away from solving homicides.

Leovy has done her homework in tracing the roots of black-on-black homicide. Most high-homicide environments, she writes, are usually, like South Central, “a minority enclave or disputed territory where people distrust legal authority.” Killings [in South Los Angeles] arose from conflicts between young men—over “some drama.” This could include women, money, insults, snitching, even “unwanted party guests.” Leovy compares South Central to other “vengeance cultures,” places where the official law mattered less than the law of the streets: these are often ethnic enclaves in places like South Africa, Northern Ireland, and Israel.

Monkkonen was a brilliant statistician: he changed the way murders were tracked, as you can see in a paper he published in The Journal of Criminal Law and Criminology, “Homicide in New York, Los Angeles and Chicago.” Monkkonen points out that rough justice, as in the Wild West, slowly evolved into the justice system most of us now live under. He also asserts that the low homicide rates of modern democracies are an unusual phenomenon. They cannot be attributed to any formal notions, but “by a much longer developmental process whereby individuals willingly give up their implicit power to the state.” Unsurprisingly, in cultures where the minorities feel the state is systematically mistreating them, law is often taken into their own hands.

William Stuntz, though, is a true scholar of crime: in “Law and Grace,” you feel his passion for the law, even when he believes it’s misguided or just plain wrong. An Evangelical Christian, Stuntz takes his brethren to task for perpetuating a war on crime which tripled the incarceration rates in America between 1980 and 2006—the same period Leovy documents in her book. His conclusion is that by making America a more punitive culture, Christians took punishment out of local authority’s domain and made it a national and moral issue. And “when you divorce punishment from relationship, when you separate justice from empathy, justice inevitably takes on a more severe cast—as it has over the past century, and especially over the past generation.” Stuntz points to the mind-boggling statistic that there are now twice as many prison inmates as cops in the US.

John Skaggs’ investigation of Bryant Tennelle’s murder comprises the bulk of the second half of Ghettoside. The investigation is not the stuff that TV shows are made of—it is painfully slow, difficult work, which required the detectives to spend vast quantities of time trying to find potential witnesses, convincing the ones he does find to come forward, and piecing together the information from the streets with that of the police department. The cops caught a break when an informant on another case offers information about the gun used in the crime. This eventually led to the key witness in Bryant’s case, a woman named Jessica Midkiff. A stripper and occasional prostitute, Skaggs took Midkiff under his wing and made sure she and her family were protected in exchange for her testimony in Bryant’s murder trial. The key, as Leovy points out, was that by the time Skaggs found her, Midkiff wanted to change: she wanted a better life, for herself and her daughter, and testifying offered a way for her to get out of ghettoside.

Ghettoside shows us another side of police work, one we do not read about or see in the media. The cops in it are not perfect, but they are trying. They are not flashy or violent or out to grab glory. They are from many races and have diverse backgrounds, and they care deeply about the people they protect. Their stories, and the many stories of families destroyed by violence, also deserve to be told, and Leovy does them justice in her fine, meticulously reported book. 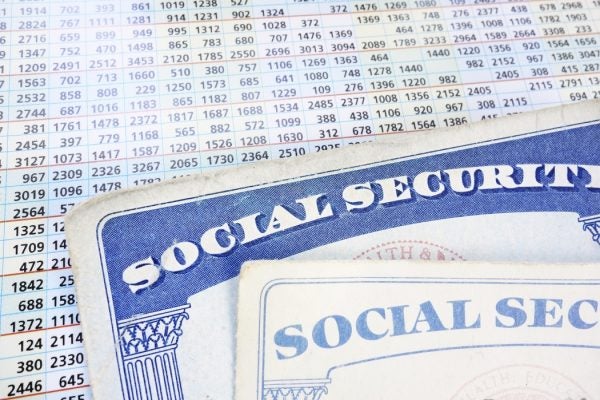 The Social Security Act was signed into law in 1935.