With the release of the movie Selma, cultural pundits have locked horns over the film’s implication that Lyndon Johnson was initially opposed to the Voting Rights Act and had to be persuaded by Martin Luther King Jr.  In reality, the men were collaborators in support of the bill.

Some critics say the Selma’s Oval Office scenes create dramatic tension and compel viewers towards a greater truth about racism and the civil rights movement in America. Others argue that fabrication blurs the record, particularly for audiences who are likely to accept what they see in historical movies as fact.

“Selma has opened a very large and overdue debate over whether and how much truth the movie industry owes to the public,” writes Elizabeth Drew in The New York Review of Books. Drew points out that factual embroidery is common on screen and stage. The inaccuracies in Selma are, she says, a “reverse twist” on the on the overblown depiction of LBJ’s role in winning passage of the 1964 Civil Rights Act in last year’s Broadway hit All the Way.

Does the movie industry owe it to the public to get the facts right? That’s the question explored by Marc C. Carnes, historian and professor at Barnard College, in his article “Shooting (Down) the Past: Historians vs. Hollywood Author(s)“.

“Hollywood regards history as an inexhaustible gold mine,” says Carnes. History sells, but “real history is less fun than reel history.” According to Carnes, when Darryl F. Zanuck was criticized for making things up in The Longest Day (1962), he shot back, “Anything changed was an asset to the film. There is nothing duller on the screen than being accurate but not dramatic.”

Called to task for exaggerating the FBI’s contributions to the Civil Rights Movement in Mississippi Burning (1988), director Alan Parker responded that he had made the film “in a realistic way” and that it had “a truthful ring to it.” When Carnes challenged Oliver Stone for sneaking pseudo-documentary footage in JFK (1991), Stone retorted, “What you call ‘sneaky’ is, to me, an ambivalent and shifting style.”

Carnes, who published a collection of essays titled Past Imperfect: History according to the Movies, received push back from Stone and other directors for his historian’s-eye-critique of their films, causing him to wonder why hotshot directors would even care about what an elbow-patched academic historian thought about their inaccuracies. Then he realized what was at stake was greater than the directors’ esthetic reputation. The issue, above all, was money. “If audiences suspect that a movie is ‘unhistorical’ or ‘inaccurate,’ they will be less likely to surrender to its vicarious magic; they will not believe that they are reliving the lives of real people.”

Film directors are visual thinkers, says Carnes. And they justify their claims that their movies are truthful by faithfully replicating the look of the past by creating historically accurate costumes and settings. To them, and to millions of viewers, if a movie that looks like the past, then it is like the past.

As a teaching historian, Carnes embraces the visual richness of movies, and, rather than fixate on historical inaccuracies within the films, uses them as jumping-off points for discussion of larger historical issues.

Hollywood will continue to entice us into its funhouse version of the past…Rather than shooting down Hollywood’s version of history, we historians might do better by grabbing audiences on the way out of the cinema and leading them as best we can through a trick door into that other funhouse, weirder and wilder, that we call the past. 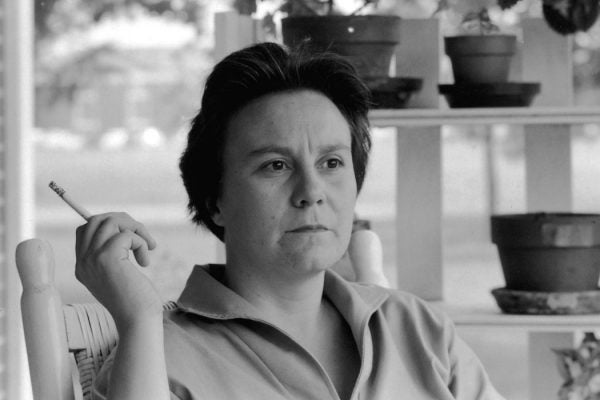 Harper Lee to Publish a New Novel at age 88

55 years after the publication of her first, only, and very successful debut novel reclusive American author Harper Lee ...