George Caleb Bingham: On Display in All His American Contradictions

An exhibition called “Navigating the West: George Caleb Bingham and the River,” explores the artist in all of his contradictions. 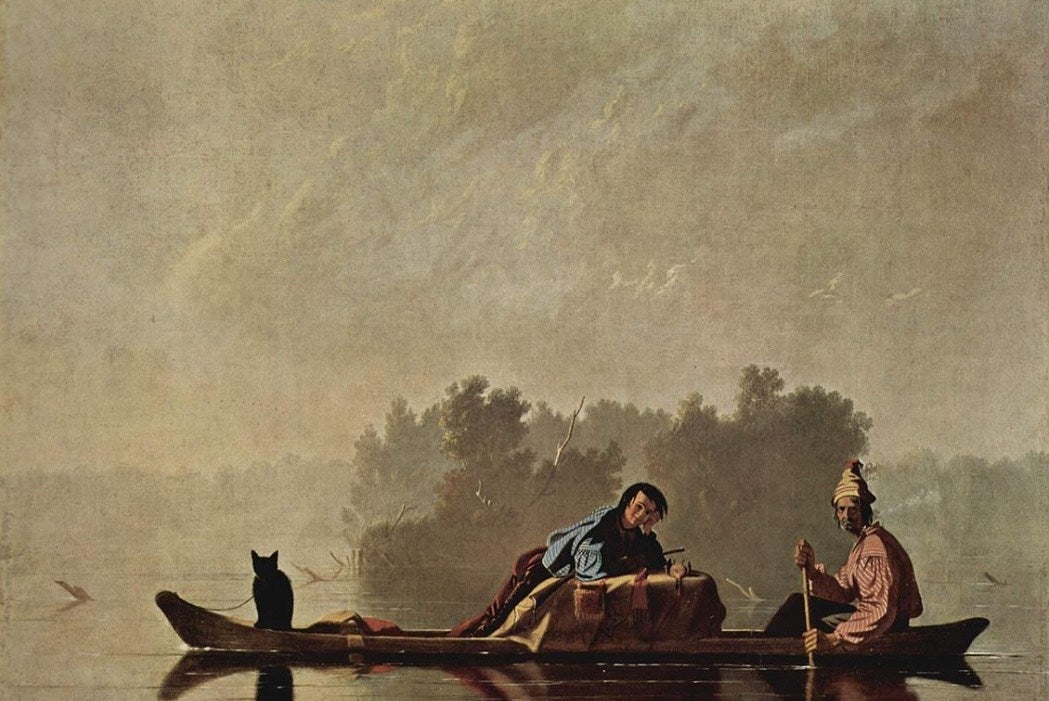 George Caleb Bingham’s “Fur Traders Descending the Missouri” is arguably his most famous painting. Its original title was “French Trader & Half Breed Son,” a reminder of those Frenchmen who explored the interior of North American long before other Europeans.

The painting is one of the most popular in the Metropolitan Museum of Art, which is currently hosting a exhibition called “Navigating the West: George Caleb Bingham and the River,” following showings at the Amon Carter Museum of American Art and the Saint Louis Art Museum.

While precisely situating Bingham and his work in the invention of “Western regionalism,” Angela Miller also has an idea of why this particularly painting remains so popular. It’s a “particularly poignant image of the antebellum West, suffused with longing for a maternal and encompassing wilderness purged of the human violence that so often accompanied settlement.” People also seem to really like the black “cat” in the bow of the boat, and are usually surprised to discover that it’s actually a baby bear.

Bingham (1811-1879) lived while the nation was being ripped apart over the issue of slavery’s potential expansion into the new Western states and the ultimate war over that crisis. In addition to being an artist, which didn’t pay all that well, Bingham was active in the Whig Party: he won a term to the Missouri legislature in 1848 after being cheated out of a close election in 1846.

Bingham combined his differing interests with paintings titled “Stump Speaking,” “The County Election,” and the “Verdict of the People.” These political canvases, all painted in the 1850s, are examined here by Scott Casper, who finds plenty of ironies in them: “If Bingham found some of the consequences of political democracy distasteful, he had no such qualms about the democratization of art and its wide availability through commercial production.”

Such contradictions place Bingham squarely in the American tradition. The eyes of his painted characters, who seem to look directly at us, were mirrors in more than one way.

The Mechanisms of the Market and the Invention of Western Regionalism: The Example of George Caleb Bingham
By: Angela Miller
Oxford Art Journal, Vol. 15, No. 1, Manifest Destiny (1992), pp. 3-20
Oxford University Press
Politics, Art, and the Contradictions of a Market Culture: George Caleb Bingham's "Stump Speaking"
By: Scott Casper
American Art, Vol. 5, No. 3 (Summer, 1991), pp. 26-47
The University of Chicago Press on behalf of the Smithsonian American Art Museum 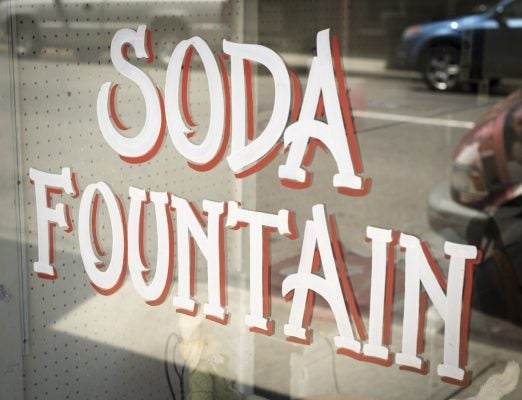 Cat’s Eyes and Belch Water: 1930s Soda Jerk Slang from A to Z