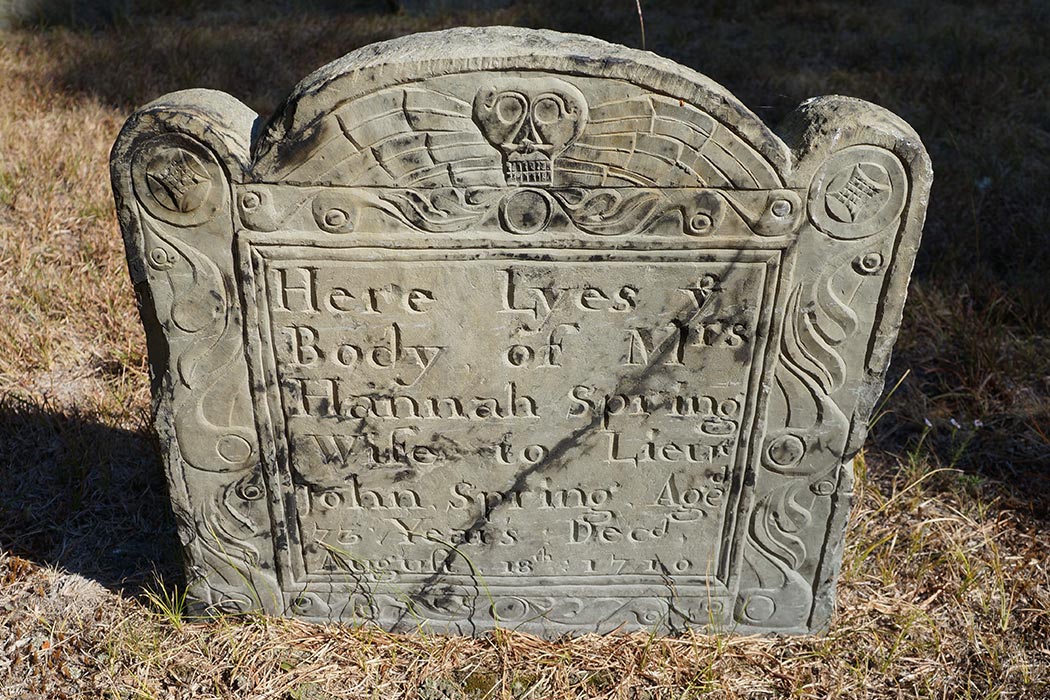 This is the first in a series of columns by Genealogy Roadshow host D. Joshua Taylor about doing genealogical research on JSTOR.

Those tracing their family tree often find themselves scouring graveyards in hopes of uncovering new facts about their family history. Though not all burial locations are marked, gravestones can be an incredible source of information—providing names, dates, places, relationships, and other key details. Genealogists know that an individual gravestone can reflect multiple elements—including one’s standing with a community or their financial status. A single gravestone might only yield a name and year, though it can fill in the gaps. In such cases, a genealogist might move beyond the individual plot—taking a step back to analyze its position, noting nearby burials, further context can be understood by examining a gravestone’s art and comparing it to others, looking for common themes and patterns that showcase religious beliefs, local cultures, and other clues.

Looking at a burial ground through the eyes of an archeologist is one starting point. Often a genealogist might wonder why a gravestone cannot be found for a specific ancestor. A local study can share trends in burial practices and patterns in destroyed or missing gravestones. Consider a study of three of New York’s oldest cemeteries by Sharene Baugher and Frederick A. Winter in Archaeology. Looking at gravestones from the 17th and 18th centuries in each cemetery, only one gravestone from the 17th was identified. While many markers have been destroyed, they also point out that those who have grave markers are typically of the “middle and upper class,” noting “burials of the lower working class and poor have been lost.”

Without restrictions of studying a specific family or surname, an archaeologist can focus on a specific area, revealing insights not always uncovered by a genealogist. Historical Archaeology provides Gaynell Stone’s study of Long Island’s cemeteries. The study examines 164 Long Island cemeteries, and includes analysis of 4,300 stones from the 18th to early 19th century. The study reveals thoughts on the hierarchy of settlement in specific towns, religious denominations, and other details. Stone discusses wooden crosses found in the middle of Long Island, part of family burial grounds that memorialize enslaved African-Americans and a community cemetery for African-Americans in Oyster Bay, established by members of the Quaker faith and those sharing similar ideologies. The burial ground in Oyster Bay is linked to ties in Newport, Rhode Island, revealing a possible location for genealogists to continue their search. Looking at major settlers, we learn that the gravestones of Dutch settlers are not accurately represented, and that the lack of Quaker gravestones can be linked to their philosophical beliefs rather than economic ability.

The Art of the Gravestone

Looking collectively at the elaborate (or non-elaborate) decoration of the stones in a cemetery offers another viewpoint. Turning to the Proceedings of the American Philosophical Society, James A. Hjiyai studies attitudes towards death as seen through gravestones. Hijiya’s findings offer a richer context to the type of art found on an individual tombstone and its ideological role. The plain style exhibited between 1640 and 1710 reflects resignation, while the death’s head between 1670 and 1770 portray ‘awe.’ The ‘monumentalism’ between 1840 and 1920 is seen as ‘defiance.’

The willow “represents grief over someone’s death” by the time it appears on gravestones between 1780 and 1850.

The most prominent reflection of an attitude towards death is seen in the Urn-and-Willow, reflecting mourning and calling upon “literary tradition” from Psalms and English literature. In fact, we learn that during the 16th century, the willow was “a symbol for lost or unrequited love,” and according to Hijiha, “represents grief over someone’s death” by the time it appears on gravestones between 1780 and 1850.

One might wonder why a specific gravestone appears undecorated when compared to others in the graveyard—or indeed, even others in the same family. Returning to Baugher and Winter’s article in Archaeology provides a wonderful context to understanding gravestone symbols in early New York. The in-depth study provides an analysis of various engravings found including Death’s-heads, Cherubs, flowers, Masonic symbols, and others within a single cemetery. The study reveals a large number of undecorated tombstones between 1775 and 1815, when compared to those between 1720 and 1775. They also share another important tidbit for the genealogist, amongst the cemeteries they studied; they found that religious affiliation or ethnicity is not always expressed through a gravestone’s decoration.

Memoirs of the Society for American Archaeology provides a fascinating examining of the New England’s gravestones and their social aspects written by James Deetz and Edwin N. Dethlefsen. The study provides a multi-regional study of New England’s gravestones to reveal differences and patterns. Deetz and Dethlesfen found that tombstones farther away from Boston exhibit more diversity in their design. The also exhibit modified versions of traditional motifs, specifically the Death’s head. Why? Stone carvers began to modify the common Death’s head motif, rather than incorporate newer designs in rural areas. 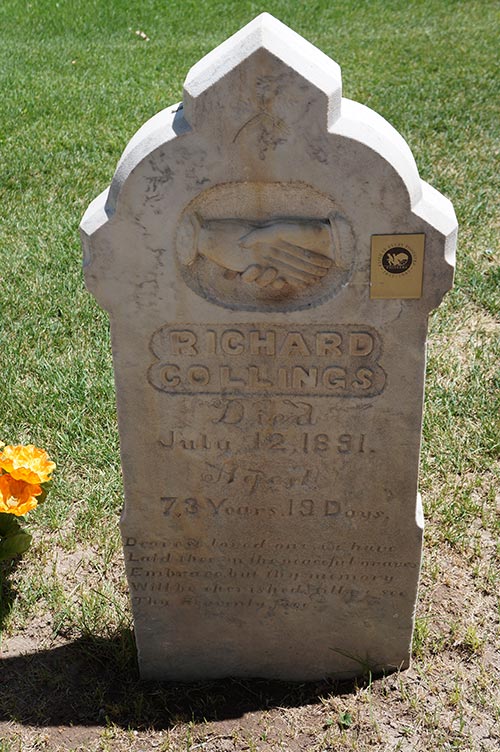 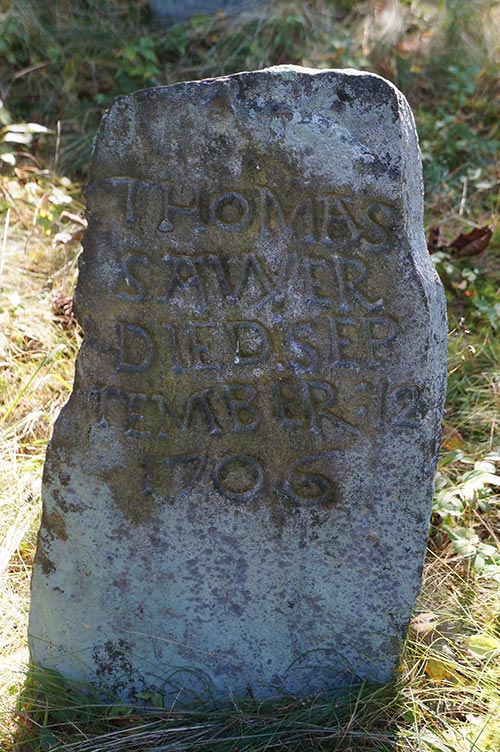 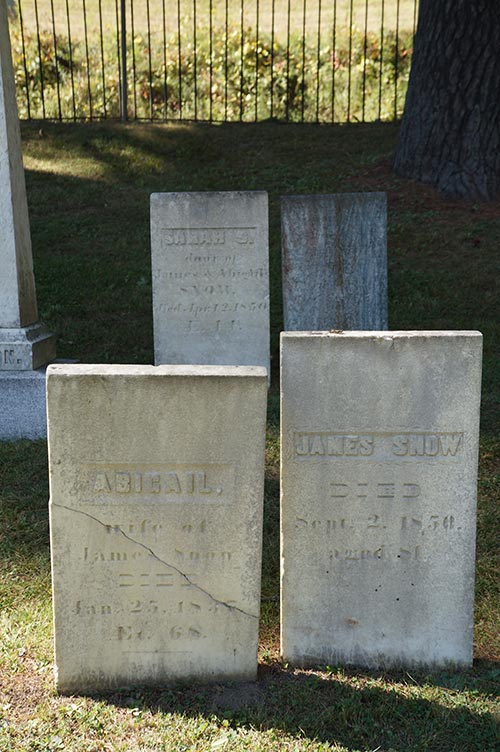 Plain tombstones from the mid-1800s 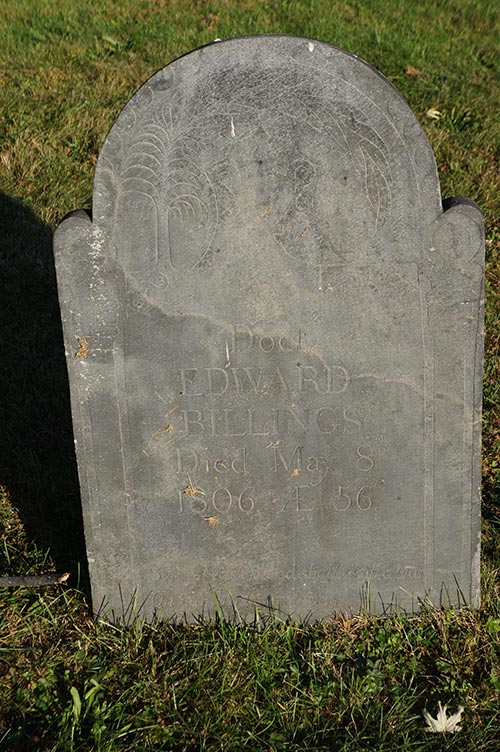 Studies in gravestone art are not just limited to the East Coast. Turning to Material Culture, George W. Schoemaker examines tombstone art in nineteenth century Utah. Schoemaker identifies a shift in Utah’s use of gravestones from memorials to the deceased to the “hopes of the living.” The discussion of the methods and tools used to create a gravestone in 19th century Utah notes that while sandstone was readily available, marble was imported from other states, like Vermont and Missouri. The Italian marble one might come across in a Utah graveyard, was possibly originally used as ballasts on ships anchored in New Orleans.

We also learn about the localization of common gravestone art. The handclasp, while prevalent across the United States and Canada, was used in Utah cemeteries due to its close tie to Mormon culture. Speculation about its disappearance from Utah’s cemeteries around 1915 is sometimes attributed to the desire to keep some elements of Mormonism sacred in the midst of Utah’s non-Mormon settlers. 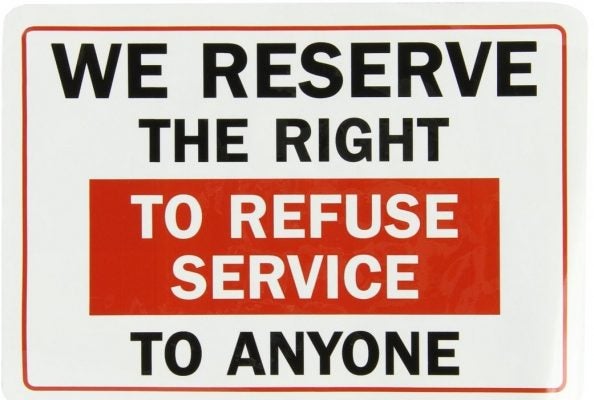 The connection between civil rights and private property rights as they play out in the 1960s and now.