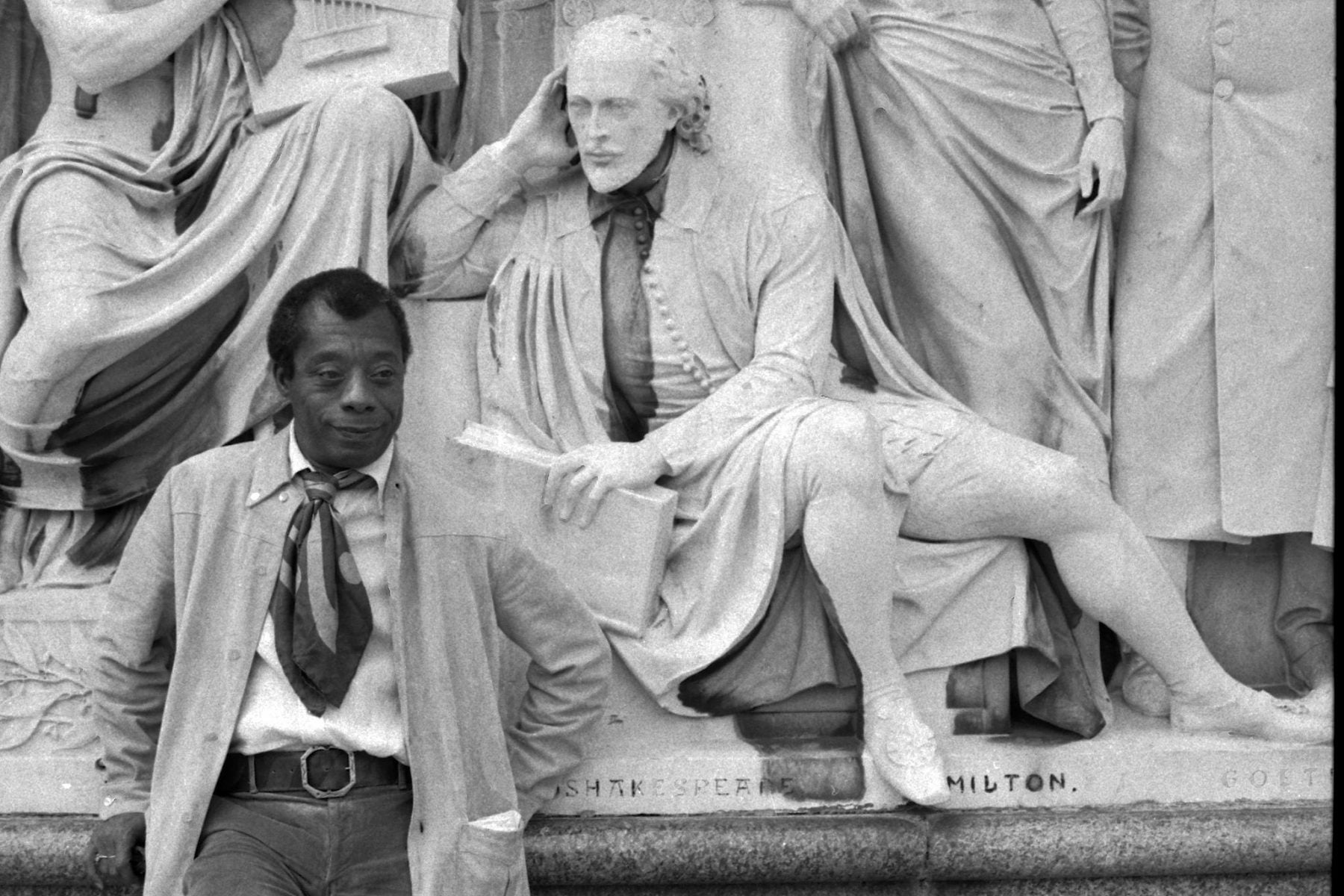 Right now, this month especially, sexual identity feels as if it is blinking like a seizure-inducing strobe light, flipping between darkness and light.

On the illuminating side of things, it is Gay Pride month, the LGTBQ community is increasingly visible, and the society at large is slowly embracing new definitions of sexuality and gender. Just this week, Jamie Shupe of Oregon, who prefers the article “they,” is the first American to be granted the legal right to pronounce themself “non-binary” under the law.

Then, the shooting in Orlando happens, and we are in darkness. What becomes visible is the hate and anger towards sexual identity outside of the heterosexual norm, and once again, questions about the relevance of gay sexuality bubble to the surface, as they have so many times in the past.

The core issue always seems to boil down to: Should gay people be alive? Are we as “worthy” to humankind as heterosexuality? Are gays ancient? If not, it follows that we gay people are simply modern creations, and someone can see us as a disease of the culture, something that needs to be eradicated. And then it happens.

Gregory Woods’ HOMINTERN: How Gay Culture Liberated the Modern World is a vast, cultural atlas of a book that maps the migration of (mostly upper class) gay and lesbian creatives throughout the twentieth century, tracing the diverse and informal networks that gay people in the arts conjured for themselves. Moving from location to location, Woods recounts the rise of gay scenes in Berlin, Harlem, Capri, Tangier and other places. In detail, the book honors the enormous contributions of LGTBQ people—even before those all cap letters existed—to the Modern Age.

But it also highlights the importance of a really good gay social scene. It’s surprising how many significant gay people made out and flirted with each other throughout the century. Philip Johnson flirts with Noel Coward. Eisenstein with Robeson. Marina Tsvetaeva with Natalie Barney; Tamara Lempika with Natalie Barney; almost everyone and Natalie Barney. (Ms Barney was a powerful social magnet).

With each gay cultural peak there is always a puncturing moment.

Even Hart Crane and Garcia Lorca meet up when the Spanish poet takes his famous trip to New York. They don’t have sex, they are just introduced by the editor Angel Flores at a bar. Crane is putting the finishing touches on “The Bridge.” Lorca, a couple years from creating Blood Wedding, will write Poet in New York from his experience. Flores describes them talking about Whitman. “Unfortunately neither was aware of the other’s poetic accomplishments. It was almost as if two transatlantic ocean liners had passed each other without signals in the black of night.”

But with each gay cultural peak there is always a puncturing moment—the rise of Nazism and the destruction of Berlin’s fluid, artistic culture its most malevolent example. That destructive, puncturing moment is repeated throughout the twentieth century. Years before, the punitive trial of Oscar Wilde crystallized the modern fear of the homosexual for the public. Effeminate men outside the norm were suddenly spotlighted and vilified. Wilde became a “beard of shame.” Though Wilde’s trial was a very British and stiff kind of anti-gay action, quite a different approach than the violent decline of the Weimar Republic.

An even more different decline is the evaporation of the louche, sometimes predatory sexual scene of Tangier, where William Burroughs, Paul Bowles, and a host of other men and women explored their desires. Its destruction from drugs, popularity, and the tourism that comes with it, as well as police “clean up” efforts may feel like the most contemporary in our age of gentrification and commodification of cool.

One thing is clear—each cultural moment had its own special brand of homophobia. In Homintern Woods builds an understanding that homophobia, both external and internal, morphs. It pours itself into existing power structures to achieve maximum impact. “The modern history of homosexuality is also, perforce, a history of homophobic responses to homosexuality.”

When viewed in this larger perspective, homophobia seems strangely timeless. Lurking under all these maneuvers by court systems, governments, police states, is, as Woods describes, a deep-rooted belief in “the fear that unrestricted sodomy destroys empires.” Gays are a sign of decay.

Even at more open-minded times, gays are always seen as a frivolous—a decorative, added bonus of civilization, and therefore often belittled. Woods points out a scene in Tender is the Night, where Fitzgerald is describing the wildly sexy scene of Capri which though predominantly gay is reduced in the novel to the presence of the brokenhearted pansy Luis Campion.

But the reality of being a gay artist is much more thorny. Time and again in Homintern’s account of gay history, a queer artist achieves success if he, she (and they) somehow transmute their desires. Radclyffe Hall’s Well of Loneliness, on trial in 1928 for indecency, becomes a cause celeb—but her next novels are forgotten. Meanwhile, Christopher Isherwood shifts focus in I Am A Camera to Sally Bowles instead of his own gay perspective and creates an enduring cultural artifact more popular than anything else he wrote in his highly prolific career.

It’s this—the inability of mainstream society to fully embrace the other—that creates some of the most lauded artwork of the century—from Jasper Johns to, perhaps the most powerful example, West Side Story, created by a team of gay Jewish writers and composers.

But art mirrors life. The difficulty of success for an artist to declare a gay sexuality openly serves as a lens to the culture at large. “Explicitly homosexual art,” Woods writes, “is always aesthetically of less value than art which struggles to conceal the artist’s sexuality. The same goes for real life: sublimation and repression will make you a better, if a tenser, person.”

Martti Nissinen opens his short essay “Are There Homosexuals in Mesopotamian Literature?” describing this convulsive wrestling between the eternal and invented identity. Describing the blowback he received after his book Homoeroticism in the Biblical World, published in 1998, he explains how he was criticized, predictably, from conservative and evangelical theologians. But also, he received criticism from queer studies theorists who questioned the applicability of “modern sexological categories” in ancient texts. They accused him of ascribing homosexual desire onto an ancient culture—a solipsistic act that is simply a lens into modern interpretations of sexuality.

The essay, published in 2010, is a kind of apology. He draws once again upon Mesopotamian mythologies of Gilgamesh, Ishtar, and Enkidu, as well as the Middle Assyrian Laws and the “sex omens” in the Mesopotamian Summa alu tablets (“if a male has sexual relations with a male house(-born) slave, hardship will seize him.”).

But this time, he sides with his critics. “Straining homosexual lumps out of the gravy of ancient texts” is a dated enterprise, he says, one that belongs to a very 90s kind of scholarship. “The once-common sexological categories have begun to erode in favor to—hopefully—more helpful kids of conceptualization.”

The conclusion seems to be that our desire is eternal, but our interpretations of it are not. Still, if gay people are eternal, so too, it seems, is the homophobic reaction to them, whether they come in the form of sex omens on tablets, sodomy laws, academic over-intellectualization, or the complicated anger of a deranged killer with a Sig Sauer MCX .223-caliber rifle. The question still remains: are gays timeless, or trendy and therefore expendable? Maybe it’s this question that is ancient. 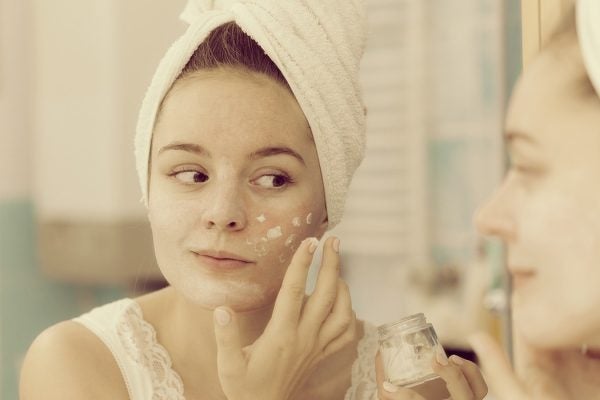