Friendship, Stonehenge, and Making it to College

Well-researched stories from the Guardian, the Conversation, and other great publications that bridge the gap between news and scholarship.

The science of friendship (The Atlantic)
by Ben Healy
Americans today have fewer confidants than we did thirty years ago, and that’s not good for our health and happiness. The good news is, there are ways to build stronger friendships, if we’re willing to devote some time and energy to the task.

Who were the people of Stonehenge? (The Guardian)
by Maev Kennedy
New research on cremated human remains from Stonehenge sheds some light on the mystery of the ancient stone monument and the enormous effort that built it.

Why making the high-school-to-college leap is so hard (Vox)
by Alvin Chang
Many high school graduates who have every intention of going on to college end up… just not showing up. Experiments show there are simple interventions that can help—and shed light on the serious obstacles that face many students, particularly if their parents didn’t attend college.

Will the GOP remain the party of business? (The Washington Post)
by Benjamin C. Waterhouse
President Trump’s attack on the Koch brothers might signal a rift between Republicans and organized business interests. A look at corporate political engagement with politics since the 1930s shows how the alliances we take for granted have been the product of particular conditions that may be changing now.

The long theological death-penalty debate (The Conversation)
by Mathew Schmalz
The Pope has now definitively declared the death penalty should never be used. It’s a subject that Christian and Jewish theologians through the ages have had different opinions about, depending in part on the relationships between religion and political power. 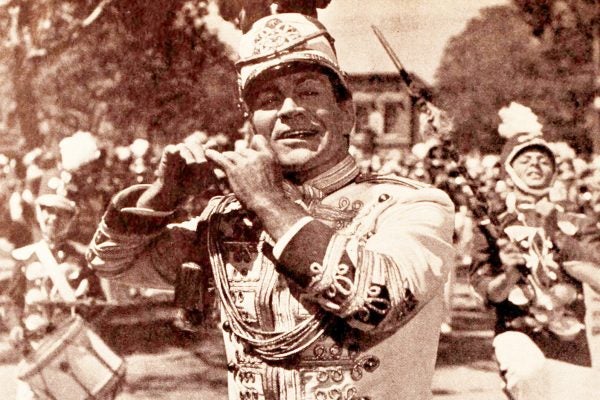 How a Beloved Musical Became a Cold War Weapon

The 1962 film The Music Man was seen as so all-American that some hoped it would help win the Cold War by transmitting American values abroad.