George Orwell’s dystopian novel 1984 finds itself at the top of the best-seller lists this week, the first of Trump’s presidency.

File under Things That Make You Go Hmm: George Orwell’s dystopian novel 1984 finds itself at the top of the best-seller lists this week, the first of Trump’s presidency.  Many readers were reminded of the book when Trump senior advisor Kellyanne Conway used the Orwellian term “alternative facts” in an interview recently. The 1949 book, in case you don’t remember from high school English, imagines a world of perpetual war and government surveillance, in which the government has invented a language called “newspeak” and independent thinking is called “thought crime.”

Sure, he created the shadowy “Big Brother” leader figure who is more cult of personality than actual person. Sure, he had a message to tell about the corruption of power and the dangers of the totalitarian state. But Orwell was prescient in other ways: a paper called “Crisis? Whose Crisis? George Orwell and Liberal Guilt” points out that Orwell was fixated on what he deemed “one of the more embarrassing moments in twentieth-century liberalism: the failure of middle-class liberals to connect with the working class.” According to scholar Rob Breton, Orwell sought to “expose the intelligentsia’s self-congratulating assumption that they were harmoniously attuned to the lower classes, the masses.” Sounds…familiar…

You can download the PDF and read the whole article here. You can also download this one, “Dynamics of Terror in Orwell’s ‘1984’,” which explores “the methods of totalitarian control envisioned in Orwell’s famous anti-utopian projection into the future of world politics.” Both free to read and think about. Because America. 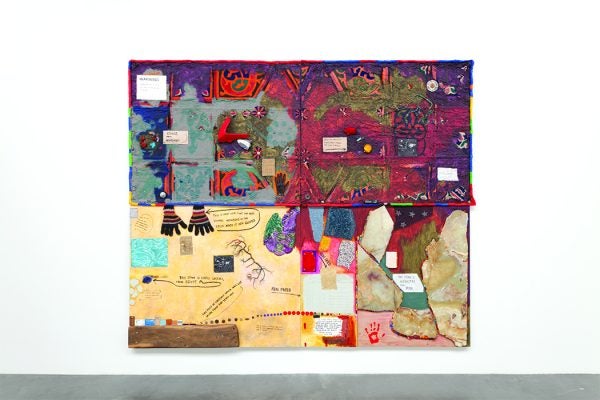 Jimmie Durham and the Art of Interruption

Jimmie Durham’s first North American retrospective opens at The Hammer Museum this month. Learn about his art, performance, and undying need to interrupt.