Fyodor Dostoevsky was born in Moscow on November 11, 1821. While he also wrote short stories and journalism, the politically-active Russian author is perhaps best known for his novels like Crime and Punishment and The Brothers Karamazov, which plumbed human psychology amid the troubled atmosphere of 19th-century Russia. His books have had lasting reverberations in the world of literature, and as Maria R. Bloshteyn points out, Dostoevsky’s work has been a major influence on many African-American writers, including Richard Wright, Ralph Ellison, and James Baldwin.

Bloshteyn writes that these three writers “had strong connections to Dostoevsky that went far beyond their considerable interest in Russian literature and the Soviet Union.” Wright appreciated Dostoevsky’s “interest in the psychology of at the pariah or outcast,” and like his literary forefather wrote about “souls in torment” and “human misery.” Baldwin described Dostoevsky as a personal messenger and a “witness,” a term he also used to describe himself as a writer. And Ellison “drew upon Dostoevsky to legitimize his own ceaseless struggles with literary form.”

Significantly, all three African-American writers worked to create “texts that were politically and socially engaged,” and learned from the way Dostoevsky combined politics and poetry. They all wanted to make statements about their world, but not at the cost of beautiful language and narrative artistry; no matter how politically radical these writers’ works got, they all worked to resist making “cardboard cutouts of villains,” and to explore human complexity with “polyphonic openness.”

How did Dostoevsky teach these writers how to write through their rage and revolt, how to combine politics and psychology? Read and download the PDF of the entire article here for free. 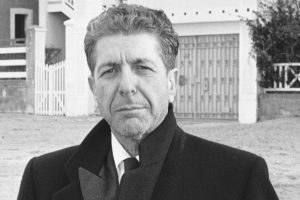