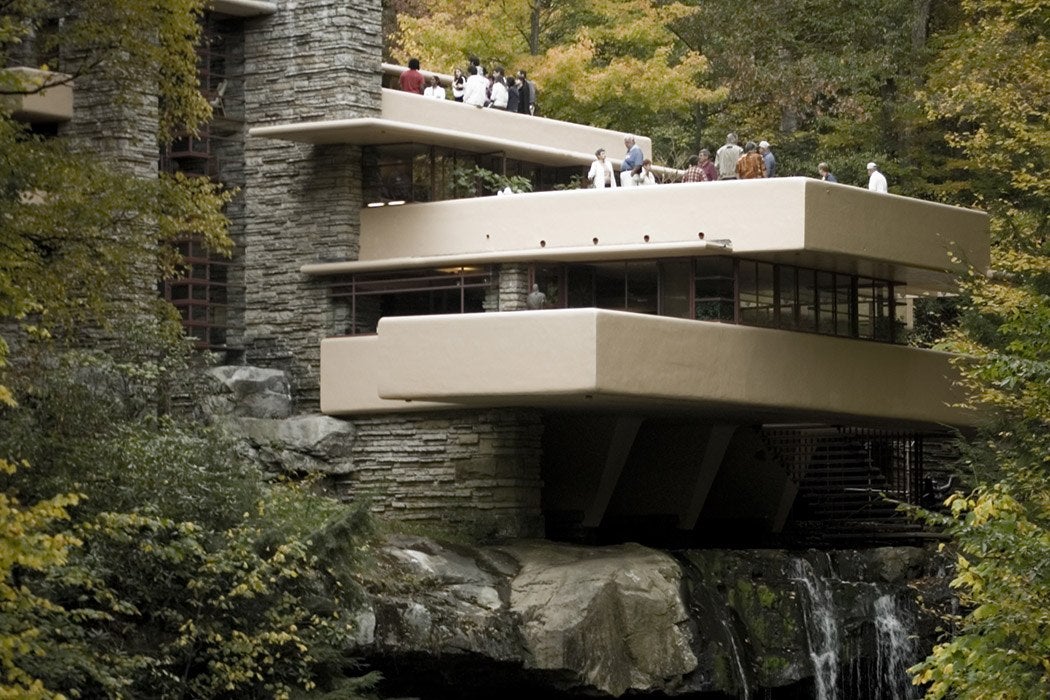 Frank Lloyd Wright, born just two years after the end of the Civil War, remains the most famous American architect. Architectural historian Witold Rybczynski doesn’t skimp on the praise, calling Wright, who lived until 1959, “America’s greatest 20th century architect.” And continues to rhapsodize that “his buildings belong to America in the same way as Whitman’s poetry, Faulkner’s novels, or Gershwin’s music.”

70% of Wright’s works were homes, and most of these were built as middle-class homes.

About 300 of the 500 completed Wright-designed buildings still exist. In our own day of “starchitect” celebrities building ever taller towers and grander cultural edifices, it’s notable that 70% of Wright’s works were homes, and most of these were built as middle-class homes. Rybczynski says that these houses “look different because they are designed to contain a way of life that is different: less formal, more comfortable, more connected to the outdoors, more aware of technical conveniences, that is, more American.” Rybczynski goes on to label Wright “America’s premier suburban architect.”

Elizabeth Collins Cromley examines the kitchens of these homes, which she calls the “food axis”: all the indoor and outdoor spaces for storing, preserving, cooking and serving meals. In the late nineteenth and early twentieth century, these could include “breakfast rooms, ice rooms, service porches, and summer kitchens.” In general, and perhaps not surprisingly, these areas, the domain of the woman of the house and her servants, usually don’t get much attention from architectural historians.

Cromley judges Wright’s ideas about such spaces forward-looking, but notes that his wealthier clients “who embraced conservative social norms, restricting the implementation of more modern arrangements that would threaten the social divide between labor and consumption.” Wright was thus most successfully progressive “at the lowest end of the economic spectrum, when building for clients less constrained by the social forces of elite entertaining.”

Wright was a popular designer, striving for modular structures with open plans. His 1907 design for Ladies Home Journal for a “Fireproof House for $5000” abandoned the traditional pantry and used built-in cupboards and cabinets instead. The butler’s pantry would remain the standard until just before the Second World War, but Wright was already anticipating the servant-less 1950s and beyond.

Times change. Cromley ends by noting that Frank Lloyd Wright’s only house in New York City (on Staten Island) underwent a complete kitchen renovation in 2004. The small, efficient kitchen of the mid-twentieth century was transformed into the twenty-first century’s center of domestic life. 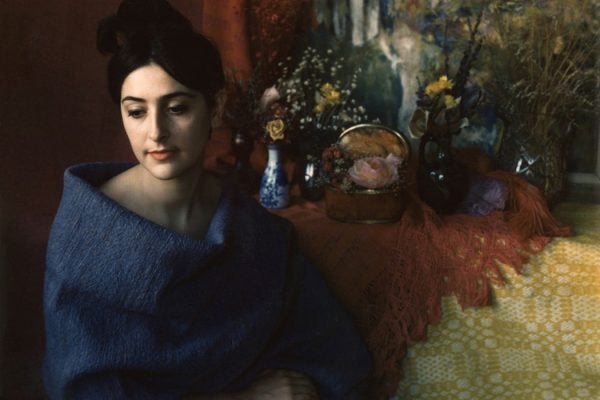 A student of painting, then of black and white photography under Ansel Adams, Marie Cosindas became famous for turning color photography into an art form.