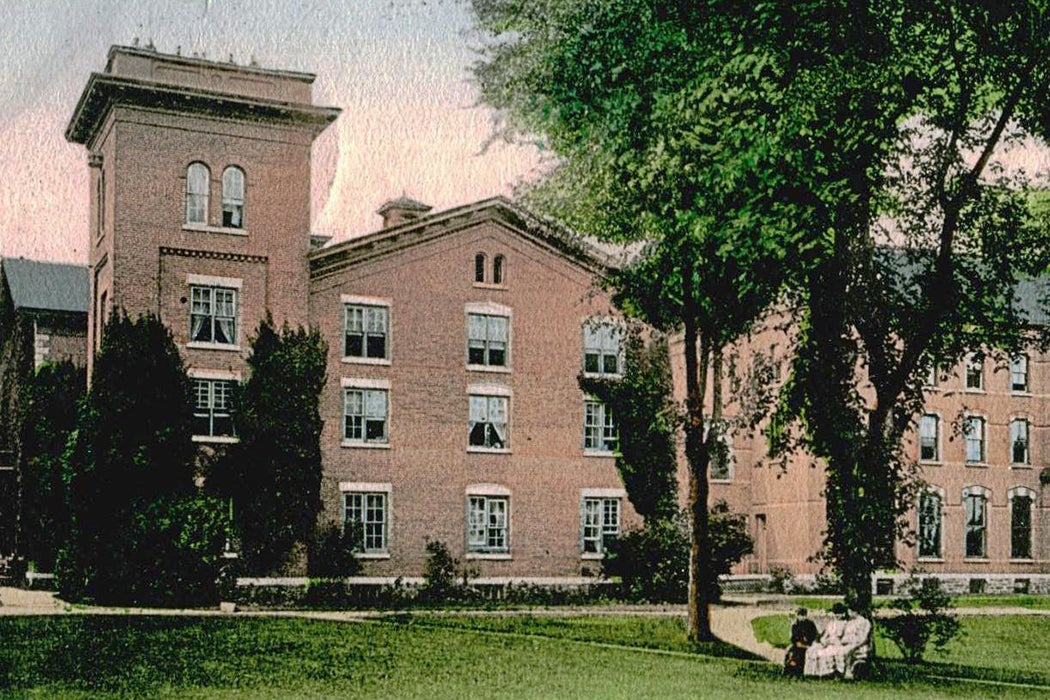 A postcard of a building on the Oneida Community grounds
via Wikimedia Commons
By: Livia Gershon
2 minutes
Share Tweet Email Print

Given the rising visibility of non-monogamous relationships in recent years, it seems clear that Judeo-Christian norms don’t have the cultural dominance they once did. But, as Ira L. Mandelker writes, some nineteenth-century utopian idealists, like the members of the Oneida Community in New York, took up deeply unconventional sexual arrangements based specifically on their religious beliefs.

Mandelker writes that there had always been tension around sex in American Protestantism. On one hand, going back to the Puritans, Protestants understood sex as a healthy, God-given part of life. But, given the fallen state of human beings, it was also a hazard—a potential threat to civic life and distraction from personal responsibilities.

For John Humphrey Noyes, the spiritual leader of the Oneida Community, the calculus was a bit different. Noyes believed that the Second Coming had already happened and humanity was living in an age when it was possible to become perfectly holy. In his view, Mandelker writes, “religiously and civilly supported institutions and social relations appropriate for restraint of the spiritually deficient were anachronistic anchors keeping humanity from rising to perfection.”

John Humphrey Noyes and his followers were big fans of non-procreative sex.

Instead, Noyes argued, people should develop a communal system, both for the distribution and use of property and for sexual and family relationships, modeled on the kingdom of heaven. An initial attempt to institute this kind of communism among members of a bible study group in Vermont was cut short when rumors spread and Noyes had to leave town to avoid trial for adultery. After that, he and 31 followers founded the community in Oneida, New York in 1847.

The Oneida Community set up a sexual economy known as “complex marriage” based on the idea that older, more spiritually mature members could help less experienced ones develop greater spiritual power through sexual relationships.

In sharp contrast to many Christians, Noyes and his followers were big fans of non-procreative sex. They believed that ejaculation drained men’s vitality and were concerned about the dangers of pregnancy for women. Community members who wanted to have children were subject to a voluntary eugenics program in which prospective parents had to be vetted by committee.

To sever sexual pleasure from conception, the community promoted “male continence”—intercourse without ejaculation—which Noyes claimed was healthy, pleasurable for both parties, and easy to learn.

The community grew to 288 members by 1880, but it had its problems. Couples often fell in love, threatening their primary commitment to the broader community. And the hierarchical nature of the sexual arrangements eventually drew the ire of some members. In particular, some eventually rebelled against Noyes’ custom of initiating young women into the sexual community.

Eventually, that conflict killed off the utopian community, but only after three decades of complex marriage. 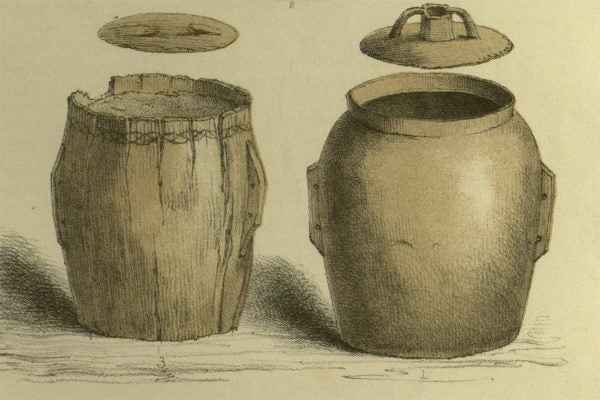