In a famous 1910 photograph “In a Piegan Lodge,” a small clock appears between two seated Native American men. In a later print, the clock is missing. 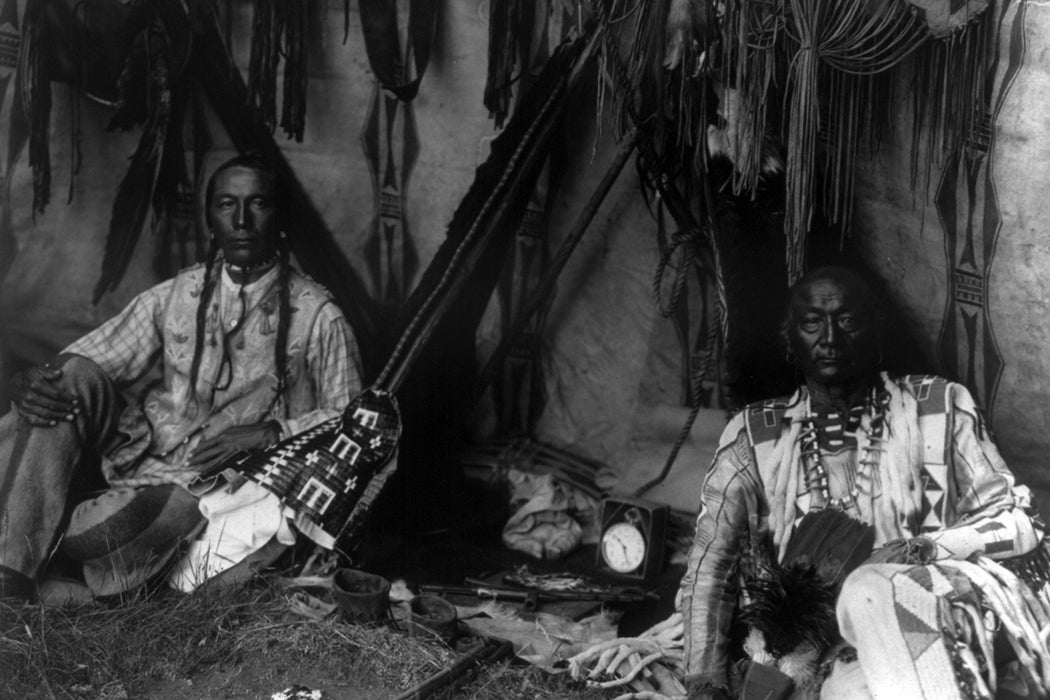 Much has been written on the complicated legacy of Edward S. Curtis, particularly following a resurgence of interest in his photographs in the 1970s. In Curtis’s famous 1910 photograph “In a Piegan Lodge,” a small clock appears between two seated men. In a later print, the clock is missing, erased from the photographic plate. The alteration is one of the most infamous of Curtis’s three-decade career, which he spent obsessively documenting the indigenous people of the United States, while sometimes employing staging, costuming, or retouching to fit an idealized vision.

Literary historian Shamoon Zamir describes Curtis’s photograph of his Crow interpreter Alexander B. Upshaw as “an illustration of the triumph of romance over reality, of genre conventions and racial typology over individuated portraiture.” Instead of the Western clothes and neatly parted hair that were Upshaw’s daily wear—as shown in a photograph by Frank Rinehart—he was dramatically dressed in a feather headdress, his chest bared.

Between 1907 and 1930, Curtis published twenty volumes of The North American Indian. Funded by John Pierpont Morgan, the text and photography series was groundbreaking, the first printed record of many indigenous customs, history, and ceremonies. By its end, Curtis’s marriage was destroyed, his finances ruined, and his copyright sold out of desperation to the Morgans. But despite his difficulties, there’s an ethereal lightness to his sepia-toned paper prints, which seem to channel a distant past.

Historian Louis S. Warren writes that the “notion of Indians as ‘Nature’s children’ never had a better publicist than Curtis, and if Indians were timeless and natural there could be little doubt they would disappear before people of progress and industry.” Indeed, the very first plate in the first volume was called “The Vanishing Race,” and featured a line of Navajos riding into a shadowy darkness.

Cultural traditions were vanishing, but not because of some inability to keep up with progress. When Curtis was visiting the reservations in the early 1900s, indigenous people were being forcibly assimilated by the American federal government after decades of violent eradication and seizure of land. In American Art, art historian Shannon Egan states that “[d]espite Curtis’s activism on behalf of the southwestern Indians’ political situation, he suppressed the plight of the ‘real’ Indians and replaced it with a narrative of Indianness that served the artistic and political needs of an Anglo-American culture.”

Curtis was far from alone in his framing of Native Americans as disappearing. A 1908 review in American Anthropologist of his first two volumes marveled at the extraordinary quality of the books, adding that it “is fitting that a monumental record of the American Indian should be made on materials that will endure long after his race has passed away.”

There is no denying that Curtis’s photographs are beautiful, from a portrait of Hopi woman that concentrates on the sculptural spiral of her hair, to the vista of three Sioux on horseback on the Dakota plains. They remain an invaluable record of culture. Yet recognizing the perspective behind the camera is essential. The 150th anniversary of Curtis’s birth on February 16, 1868 has invited further reexamination of his work. In Seattle, his longtime home, the Seattle Art Museum’s Double Exposure features more than one hundred photographs by Curtis, contextualized by twenty-first century works by indigenous artists Marianne Nicolson, Tracy Rector, and Will Wilson. 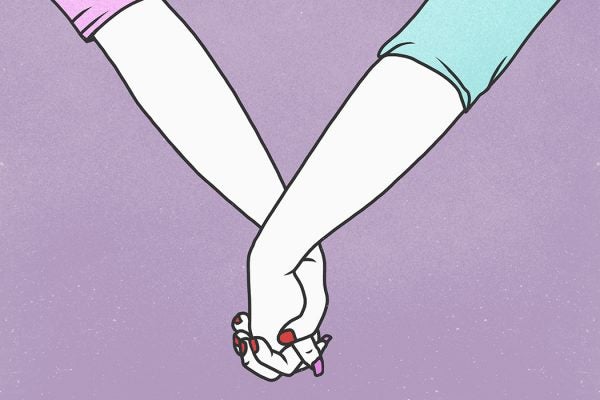 In the 1990s, lesbian characters were repeatedly transformed into "close friends" in film adaptions of LGBTQ-themed books.