Some celebrities like Buster Keaton and Humphrey Bogart are recognized for not smiling—and when they do, it comes across as, well, unnatural. 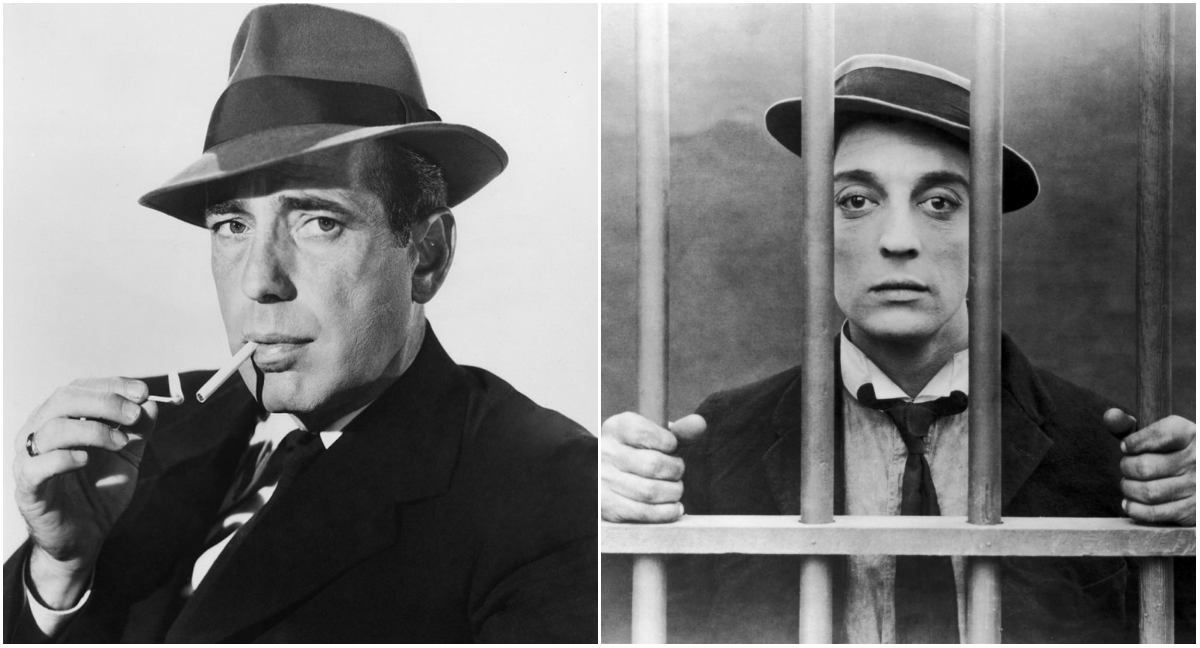 Some stars are identified by their smiles. Take Julia Roberts, for instance. Over the years, critics have described (as well as fetishized) her smile as “thousand-watt,” “million-dollar,” and the “most profitable asset in modern cinema.”

Similarly, with the release of Top Gun (1986), the media all but reduced Tom Cruise to his grin and dimples, which they often labeled as “cocky,” “flashy,” and able to “melt hearts both on and offscreen.”

Other celebrities, however, are recognized for not smiling—and when they do, it comes across as, well, unnatural. Two glaring examples of this are silent-film comedian Buster Keaton and film noir poster-boy Humphrey Bogart.

A veteran of vaudeville and star of some of Hollywood’s most beloved silent films, Buster Keaton perfected the art of physical comedy via his complex, captivating, and literally neck-breaking stunts (unaware, Keaton fractured his neck during the filming of Sherlock Jr.’s water-tower scene).

But Keaton is probably best known for his deadpan reaction to all things crumbling and crashing around him. His character’s house nearly falls on top of him? Stoic stare. His locomotive practically runs him over, multiple times? Total poker face. He’s almost shot to death by a feuding family? Blank eyes, into the camera.

Some have even speculated the comedian had a no-smiling policy in his studio contract (this is apparently false). Nonetheless, as a result of this feature, Keaton was eventually nicknamed The Great Stoneface.

In his tribute to the silent clown, Christopher Bishop likens Keaton’s “frozen face” to Abraham Lincoln’s solemn visage. He calls it “an early American archetype […] haunting, handsome, almost beautiful, yet irreducibly funny—the sort of hieratic face one would expect to serve as the figurehead on a clipper.”

Comedian/satirist Jon Stewart also knows a stoic face like Keaton’s yields great comedy, which is why Stewart often looks to his comic predecessor as a mentor:

“When in doubt [of some of the absurd clips on The Daily Show], I can stare blankly,” Stewart tells the NY Times. “The rubber face—that’s your old standby: what would Buster Keaton do?”

As a result, when we see images of Buster Keaton’s smiling as he is in this picture and in this early film, it is rather jarring.

The same is true for Humphrey Bogart, whose star persona boils down to “tough guy.” This label derives not only from Bogart’s film roles and promotional material—most of which portray him as hardened, devious, cynical, aggressively sexual, and/or erratic—but also from his outspoken political beliefs, rowdy behavior in public, infamous needling, and the slew of written and visual commentaries that continue to reinforce this image. In other words, both onscreen and offscreen Bogart’s stern and presumably tough behavior define him.

Bogart’s facial features contribute to this “tough guy” image as well. In Heavenly Bodies: Film Stars and Society, Richard Dyer explains that the body is the “raw material” from which a star’s image is ultimately fashioned as well as a way the star is often understood within popular culture. For example, Marilyn Monroe’s body represents sexuality, Paul Robeson’s “the nobility of the black race,” and Judy Garland’s “her problems and defiance of them.”

We might add to this list that Humphrey Bogart’s face and body symbolize toughness and a hardened masculinity. Indeed, as Virginia Wright Wexman notes, Bogart’s swarthy complexion, heavy facial features, and nasally voice make him an ideal choice for all of the tough-guy roles he plays. Further, she writes, his wiry body evokes “the fast-moving agility we associate with urban film heroes.”

To this end, a smiling Bogart contradicts his “tough guy” star image and, thus, can come across as peculiar. Remember in The African Queen, when he grins broadly while making that silly hippopotamus face? Or perhaps you recall Casablanca‘s Paris flashback when Bogart’s character falls in love with Ingrid Bergman’s, toasting her with champagne and unexpectedly smiling ear to ear?

It’s nice (I suppose?) that we’re allowed to witness this part of his character’s history in Casablanca. But it’s even more pleasurable to get back to the present—where brooding, miserable, non-smiling Humphrey Bogart really shines.

The 21st Annual International Buster Keaton Convention will be held Oct 2-3, in Muskegon, MI, and The Humphrey Bogart Film Festival will be held October 21-25, in Key Largo, FL.

"The Great Stone Face"
By: Christopher Bishop
Film Quarterly, Vol. 12, No. 1 (Autumn, 1958), pp. 10-15
University of California Press
The Transfer from One Medium to Another: "The Maltese Falcon" from Fiction to Film
By: Virginia Wright Wexman
The Library Quarterly: Information, Community, Policy, Vol. 45, No. 1, Proceedings of the Thirty-Seventh Annual Conference of the Graduate Library School, August 5-6, 1974. Differentiating the Media: A Focus on Library Selection and Use of Communication Content (Jan., 1975), pp. 46-55
The University of Chicago Press 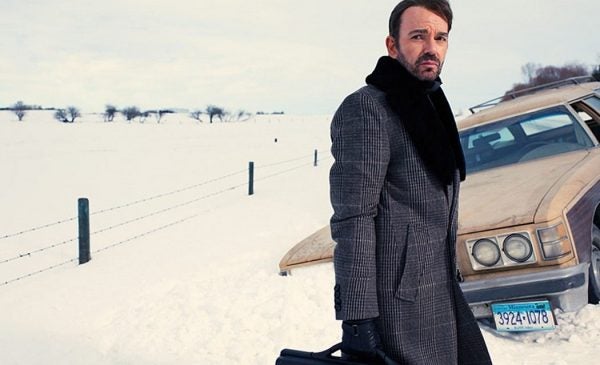 From Twain to Fargo: the Outsider in American Storytelling

The Lorne Malvo character on the new Fargo TV series, is like the character Satan in Mark Twain's final novel, The Mysterious Stranger.