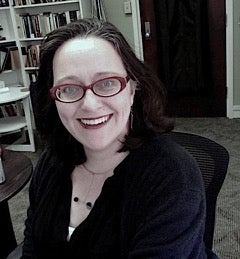 Susanna Ashton is Professor of English at Clemson University in South Carolina. Her research explores notions of authentication and identity in narratives of slavery and freedom. She is the author and editor of a number of award-winning books about nineteenth century literary culture and African American life writing, including Collaborators in Literary America 1870-1920 (Palgrave 2010),and I Belong to South Carolina: South Carolina Slave Narratives (University of South Carolina Press, 2010),  as well as works co-edited with Rhondda R. Thomas, The South Carolina Roots of African American Thought (University of South Carolina Press, 2014) and co-edited with William Hardwig, Approaches to Teaching the Works of Charles W. Chestnutt (MLA Press, 2017). She has held many academic awards and fellowships including a position at Yale University’s Gilder Lehrman’s Center for the Study of Slavery, Resistance, and Abolition as well as a Fulbright.

She has also published related work in journals such as Studies in the Novel, Symploke, College English, and MELUS as well as more outward-facing publications such as Commonplace, The Appendix and the Atlanta Journal Constitution. She is currently working on A Plausible Man, a biography of fugitive slave and activist author, John Andrew Jackson. For 2021-22 she is a W.E.B. Du Bois Fellow at Harvard University’s Hutchins Center for African and African American Research.