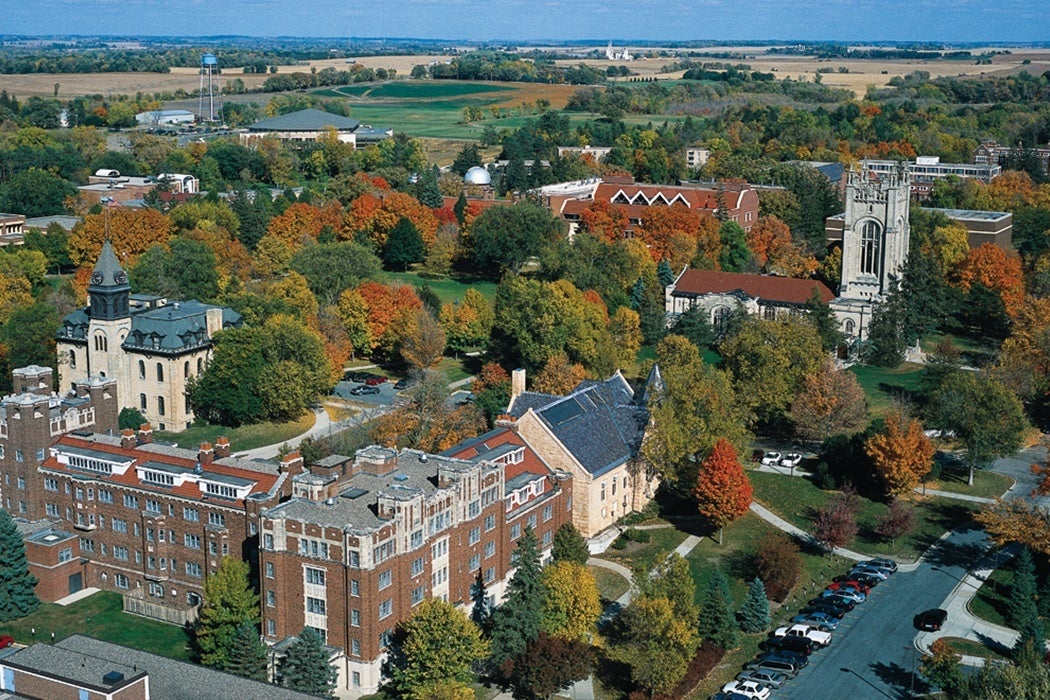 The Obama administration has recently suffered a setback in its plan to rate American colleges. In the summer of 2013, President Obama announced a college ratings system based on access, affordability, and performance. His goal was to inform students and taxpayers which schools provided a “bigger bang for their buck.” He also proposed tying federal financial aid to a college’s rating.

For two years, Republicans and the higher education community have pushed back against the Postsecondary Institution Ratings System (PIRS). In June 2015, the U.S. Department of Education announced that it would end this project and no longer assign colleges a grade of high, middle, or low performing. Instead, it would ask the Obama administration’s new U.S. Digital Service team to build a website that provides companies with data that may be repackaged for education consumers.

The administration, however, remains steadfast in its commitment to a value-added model for evaluating colleges. Ted Mitchell, undersecretary of education, said that the federal government would use its original categories to rate colleges, including “employment outcome measures,” i.e., postgraduation salary as collected by federal agencies such as the IRS or the Social Security administration. And Mitchell hoped that Congress would use the rating system for “performance-based funding” in its reauthorization of the Higher Education Act.

Many political and economic elites view liberal arts degrees as frivolous and want college to focus strictly on preparing graduates to make money. In this historical moment, advocates of the liberal arts would do well to re-cover the arguments of John Henry Newman’s classic The Idea of a University.

The federal government has explained its reasoning for the college rating system. In December 2014, the Department of Education released a draft of PIRS to solicit public feedback.

The report begins with a quote from Secretary of Education Arne Duncan: “As a nation, we have to make college more accessible and affordable and ensure that all students graduate with an education of real value. Our students deserve to know, before they enroll, that the schools they’ve chosen will deliver this value.”

How does one determine the value of an education? The report concedes that the benefits of college are often intangible, but rejoins that consumers and policy makers want a “simple set of key measures.” The key measure is “labor market success,” defined as “short-term ‘substantial employment’ rates” and “long-term median earnings.” The ratings will collect data on students’ income shortly after graduation and then anticipate incomes based on major. Before parents cut a check or legislators determine how much to fund a public university, they will be able to see whether graduates earn $30,000 or $60,000 a year (with detailed breakdowns by major). Furthermore, the federal government wants to use Title IV funds to reward high-performing schools with more Pell grants and affordable student loans.

The report promises to create new review boards to evaluate the college rating system. Universities will be able to provide a narrative explaining why they’ve been identified as middle- or low-performing. But the purpose of the ratings is to “hold America’s colleges and universities accountable for key performance measures” and “inform policy, accreditation, and funding decisions by states education authorities.” Unlike the U.S. News & World Report rankings, this framework is not designed to help top students decide between Hamilton and Colgate. Rather, its express purpose is to penalize higher education institutions that fail to prepare graduates for quick or predictable economic success.

The report states: “In today’s world, college is not a luxury that only some Americans can afford to enjoy; it is an economic, civic, and personal necessity for all Americans.” Most defenders of the liberal arts would agree with that statement. And yet the report does not elaborate why college is a civic or personal necessity. Rather, it emphasizes that the only relevant measure of college value is postgraduation income.

Is there a purpose to college other than making money? Can one make this argument without sounding like a dreamer?

In this context, we may turn to John Henry Newman, one of the great figures in 19th-century English intellectual life. Raised an Anglican, Newman became vicar of the Oxford University church before converting to Catholicism in 1845. In 1851, Archbishop Cullen asked Newman to preside over the Catholic University in Dublin, where he gave lectures in 1852 to persuade mostly working-class parents to pay for their children to read ancient Greek and Roman texts; learn geometry, astronomy, and music; and live in an “assemblage of learned men” carrying on debates, for example, about the respective limits of faith and reason. In other words, Newman encouraged ordinary people to pay for a liberal arts curriculum that, to this day, involves studying classic literature, learning foreign languages, conducting scientific experiments, and talking with other students in a learning community.

In these lectures, published as The Idea of a University, Newman argues that a liberal arts education tends to lead to greater income over time. The liberal arts rarely teach skills that one can immediately apply in a career. Instead, they impart a “habit of mind … which lasts through life, of which the attributes are freedom, equitableness, calmness, moderation, and wisdom.” Newman counsels anxious parents that a philosophical habit of mind is the best aid to professional and scientific study. A liberal arts education does not directly train you to be a lawyer, physician, or businessperson, but it prepares you to succeed in any career where you have to think, speak, write, or converse with others.

The government’s college rating system, however, incentivizes professional degrees rather than liberal arts degrees, even though the latter might lead to higher salaries in the long run. Does America really need a college rating system to show that engineers earn more than English majors shortly after graduation? Even if one measures quality of life primarily by income—a practice that philosophers such as Martha Nussbaum challenge—there is evidence that the liberal arts are a wise investment.

Newman also argued that knowledge is worth pursuing for its own sake. Following Aristotle and Aquinas, he contends that a life spent thinking is more satisfying than a life dedicated exclusively to mundane matters. The Idea of a University celebrates learning from the best thinkers of one’s own time and those of the past through great books. In the pursuit of knowledge, students gain a “clear, calm, accurate vision and comprehension of all things.”

One does not have to share Newman’s philosophical or theological commitments to recognize that a liberal arts education can be intrinsically rewarding. In How College Works, sociologists Daniel F. Chambliss and Christopher G. Takacs report that students pursue the liberal arts for a “better job, good friends, exposure to classic works of art, mastery of differential equations, the joy of singing in a choir, the thrill of no-holds-barred conversations in a dorm, or the lifetime satisfaction of rising out of poverty to a respected position in one’s community and the world.” Wealthy parents who attended liberal arts colleges rarely question whether this is a desirable option for their own children.

Politics and technical hurdles may have stopped PIRS, yet many people and organizations share the Obama administration’s belief that colleges should be evaluated almost exclusively on economic outcomes.

The Brookings Institution’s April 2015 report, “Beyond College Rankings,” for example, argues that students go to college to augment their incomes. Students, their families, and policy makers want to know which schools provide the greatest return on investment. The report looks at schools with similar student bodies, locations, and missions to determine how much graduates make relative to alumni of comparable institutions.

The report is filled with technical details about how to construct formulae and collect data. But, in a brief aside, the authors address the question of why they only consider economic outcomes. “Earnings data are relatively precise and easy to obtain,” they write, and, “[e]arnings are a major and important measure of well-being.” The Brookings report finds its data about salaries and occupational earnings from LinkedIn and PayScale. The lead writer of the report has said, “We assembled what we could out of imperfect spare parts, which I strongly believe is better than either no information or current ratings systems.”

In this instance, the Brookings report will induce colleges to emphasize majors such as engineering, health care, computer science, and business. Conversely, the report scolds low-performing schools for clinging to an “institutional legacy or mission” at odds with making money.

At my college, we require all students to take multiple courses in philosophy and theology to ensure that they have thought about large questions of God, religion, human nature, and ethics before beginning their careers. We also take pride that many of our alumni serve in the Jesuit Volunteer Corps and practice the Ignatian principle of being “men and women for others.”

According to Brookings, however, this kind of institutional legacy needs to be nudged aside—ideally nudged out of existence—and replaced with a concentration on increasing student earning power.

On the U.S. Department of Education’s College Affordability and Completion web page, there is an apology of sorts for focusing on money: “Clearly graduate earnings are not the only measure of college performance, and they shouldn’t be. But one purpose of college is to help students get a better, more secure career—and students deserve this information when choosing colleges.” To be clear, the government has the prerogative to collect and distribute information that will help students make informed choices about where to study. There is a role for federal statistical agencies such as the National Center for Education Statistics, which provides nonpartisan information to help policymakers and citizens. But the administration’s plan is not just to distribute information—it is to use data frameworks and federal financial aid to enforce a utilitarian conception of college.

In The Idea of a University, Newman observes that critics have often tried to displace the liberal arts from the center of the college experience. In the Middle Ages, the faculties of theology, medicine, and law tried to supplant the liberal arts. And in the 19th century, experimental scientists tried to extend the Baconian method beyond its proper sphere. In our time, however, the greatest threat may come from inside-the-Beltway organizations such as the American Enterprise Institute, the Brookings Institution, the Center for American Progress, and the Education Trust, which encourage the government to measure colleges by the bottom line—to mete out “tough love” if they fail. Colleges should, of course, prepare graduates for meaningful careers, but they also have a responsibility to perpetuate civilization and cultivate well-rounded, thoughtful citizens.

For many of us, college was a great opportunity to explore the riches of Greek mythology, modern philosophy, impressionist art, amateur sports, and community service. It would be a tragedy if college, for most kids, became merely preparation for the workforce. 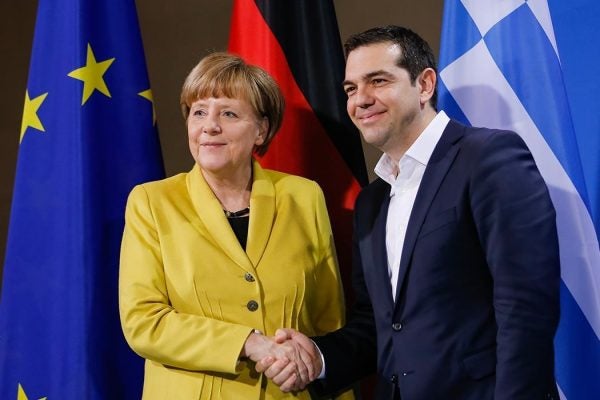