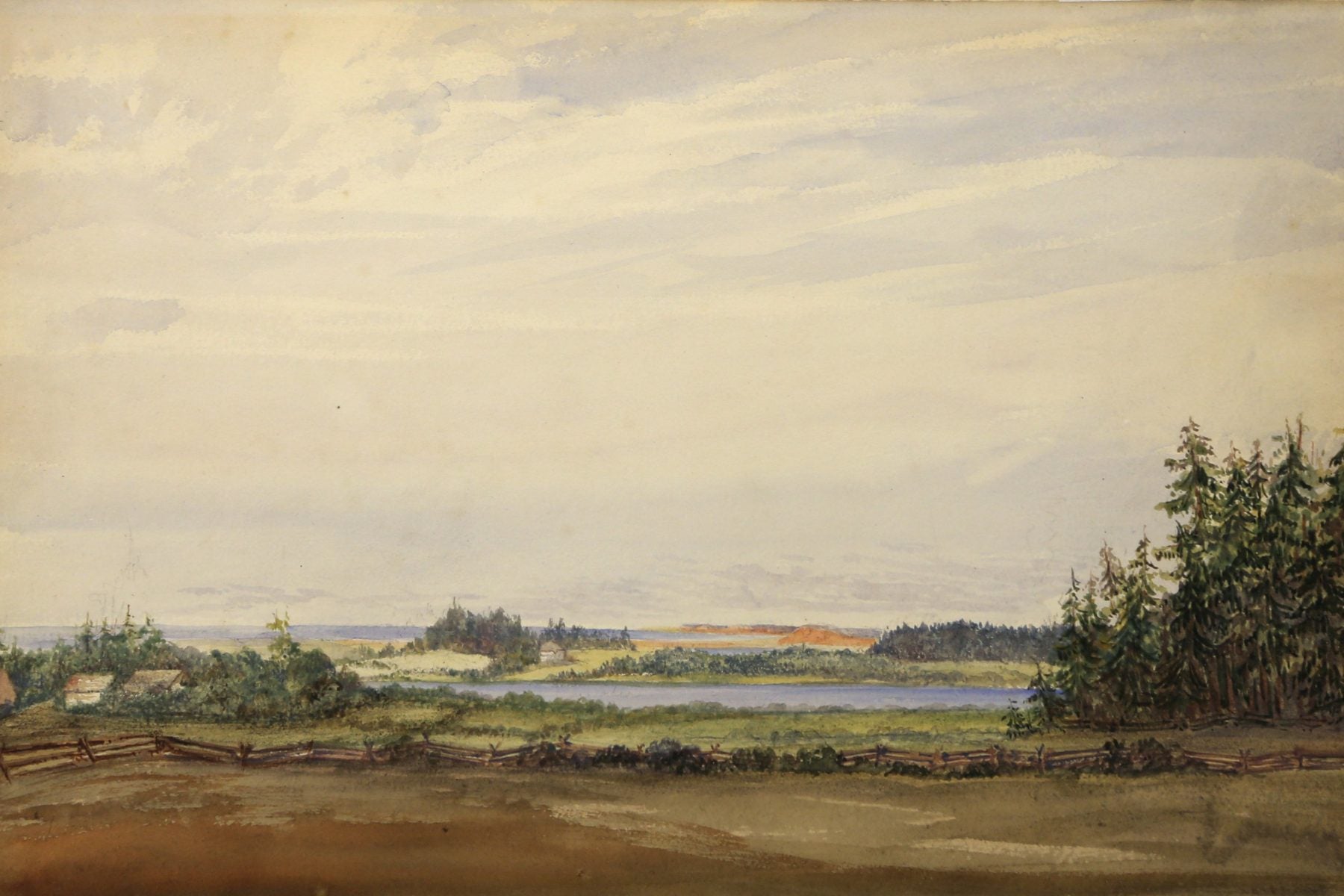 In the 1850s, while her father served as lieutenant governor of Prince Edward Island, then a British Colony, Caroline Louisa Daly painted and drew. She would take her pencils and watercolors to fields and harbors near her home at Government House, in Charlottetown, and hone her craft. She became a skilled amateur with an eye for color, for the way light hits objects, and for the precise lines of architecture.

She shared her creations with girlfriends but was never featured in any art shows. While her father, Dominick Daly, was knighted and appears in history books, Caroline Louisa was relegated to the footnotes. “She wasn’t very well documented. Caroline was known as a person, the local history community has known about her. But we didn’t think of her as an artist,” said Paige Matthie, registrar of the Confederation Centre Art Gallery in Charlottetown, in an interview.

But Daly was an artist in her own right. Some of her pieces are owned by Library and Archives Canada. And the Confederation Centre Art Gallery owned and frequently displayed six of her works, but under someone else’s name—a man’s name.

Daly’s malignment can be traced back to a series of small, inadvertent errors.

It can all be traced back to a series of small, inadvertent errors. At the same time, Daly’s scrambled legacy reflects a century and a half of systematic gender discrimination in the art world. “Even contemporary galleries have a hard time giving equal representation to female artists and artists of color. It’s still mainly a white male industry,” Matthie said.

In 2014, Daly’s great grandson visited Prince Edward Island and saw what he thought was Daly’s work. His inquiries triggered a two-year investigation by Matthie that confirmed the misattribution. Matthie then curated a show called Introducing Caroline Louisa Daly, which concluded in May, 2017, which displayed Daly’s six works with proper credit, plus six more donated by the family.

Daly was born in Montreal, in 1832, and travelled extensively with her parents and four siblings. They lived in Tobago, for five years in Charlottetown, then moved to Adelaide, South Australia, with some trips to England in between. She married at age 33, to a banker from Adelaide, then moved to Bournemouth, England, where she raised two daughters. She died in 1893. 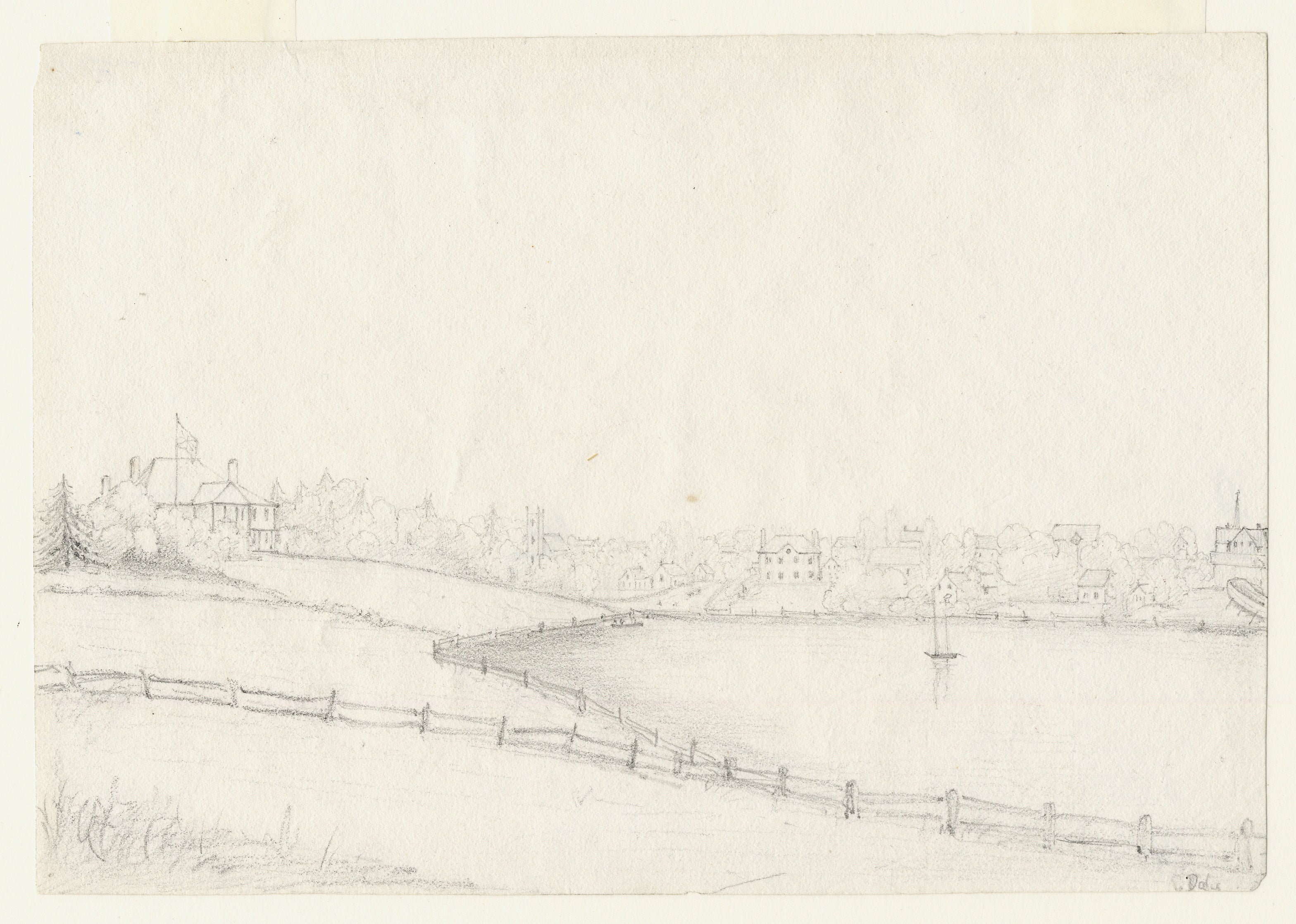 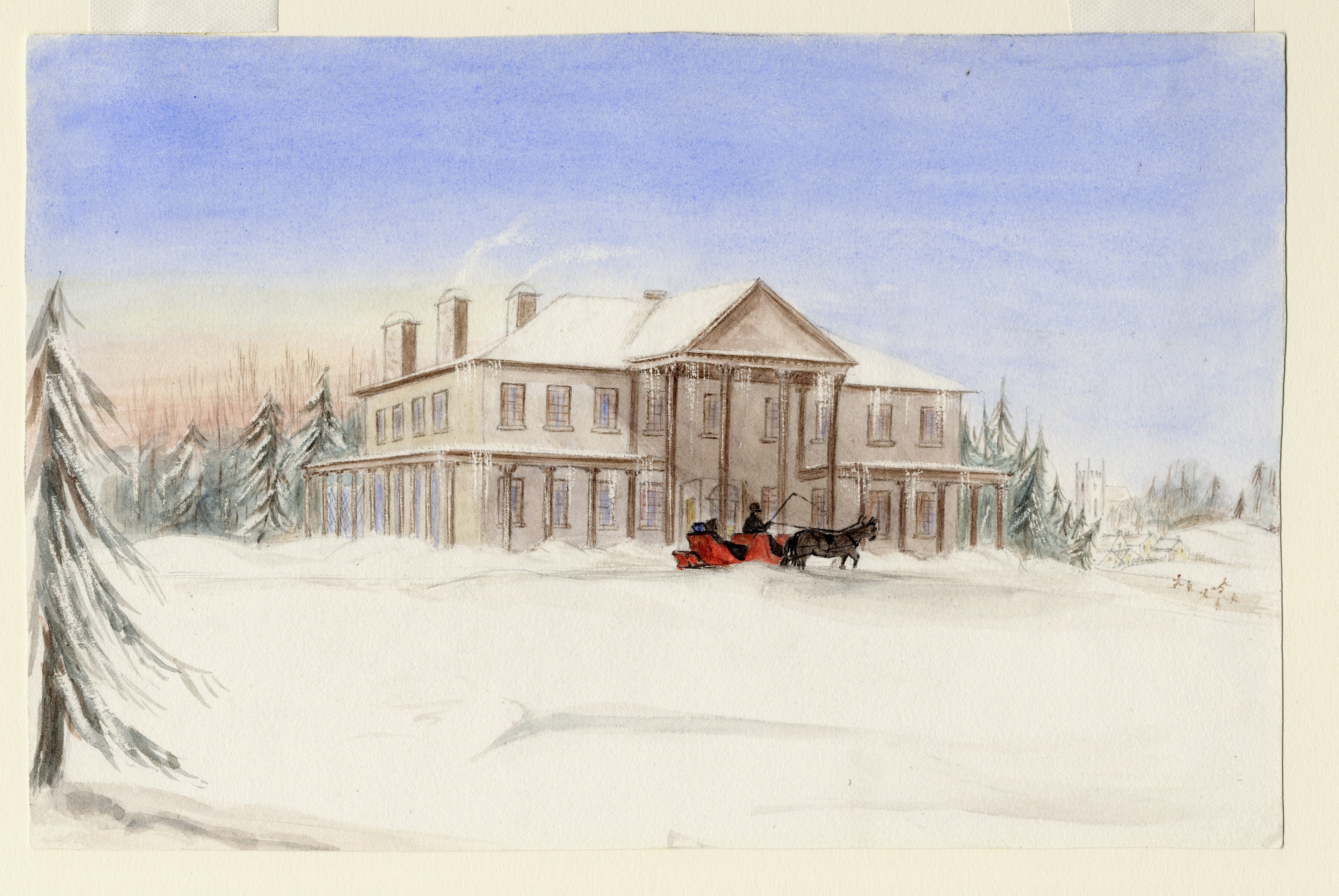 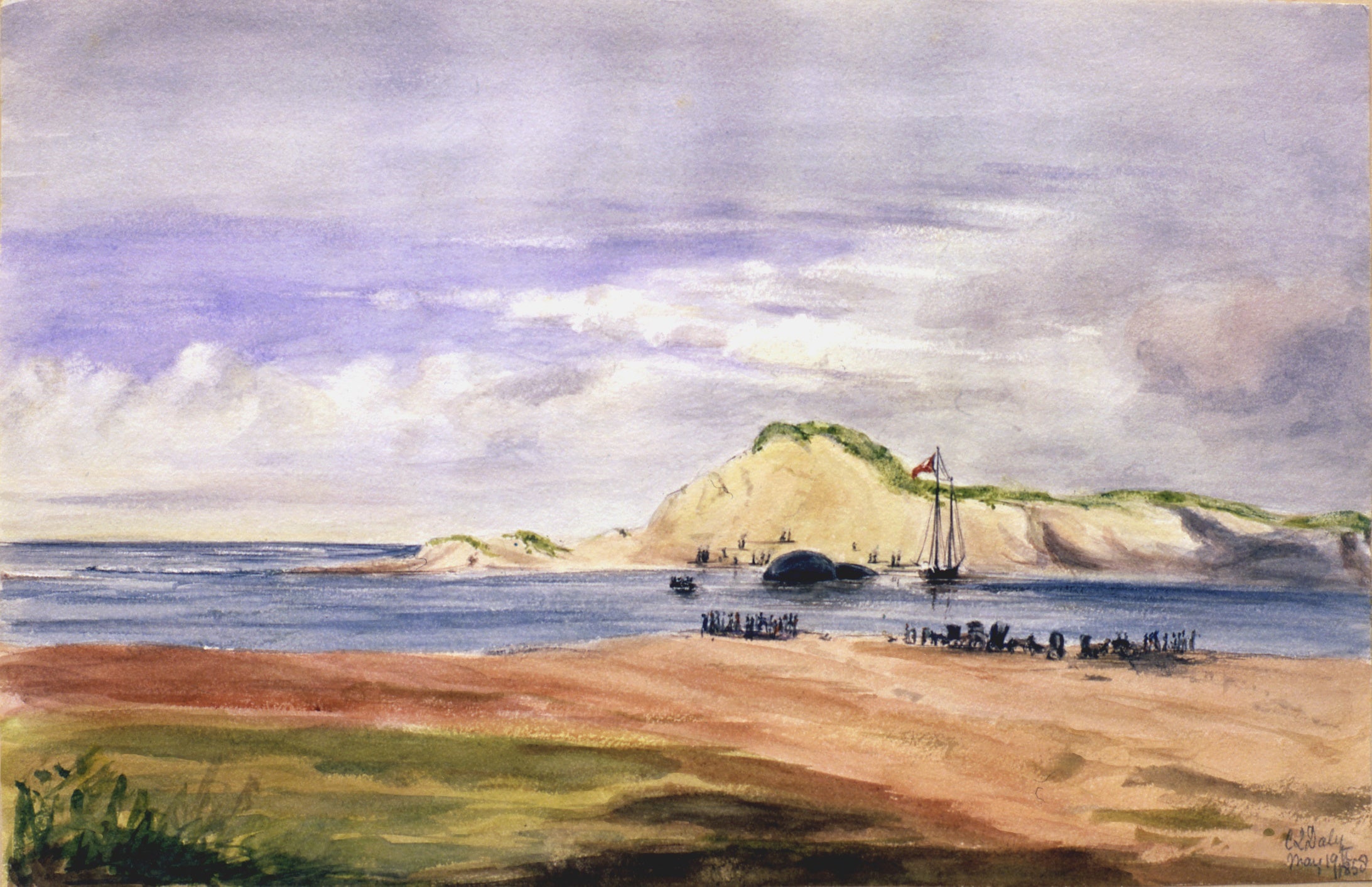 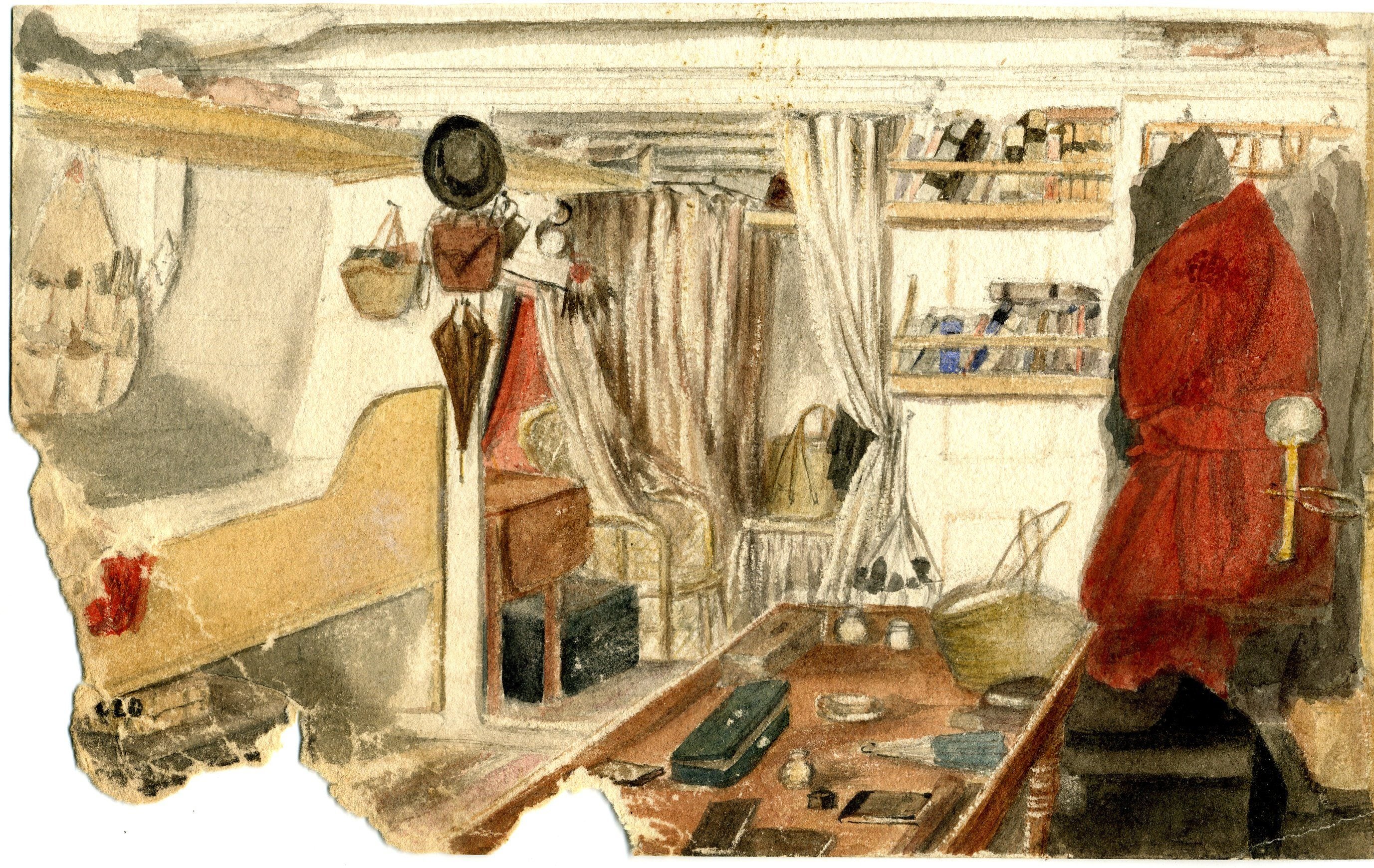 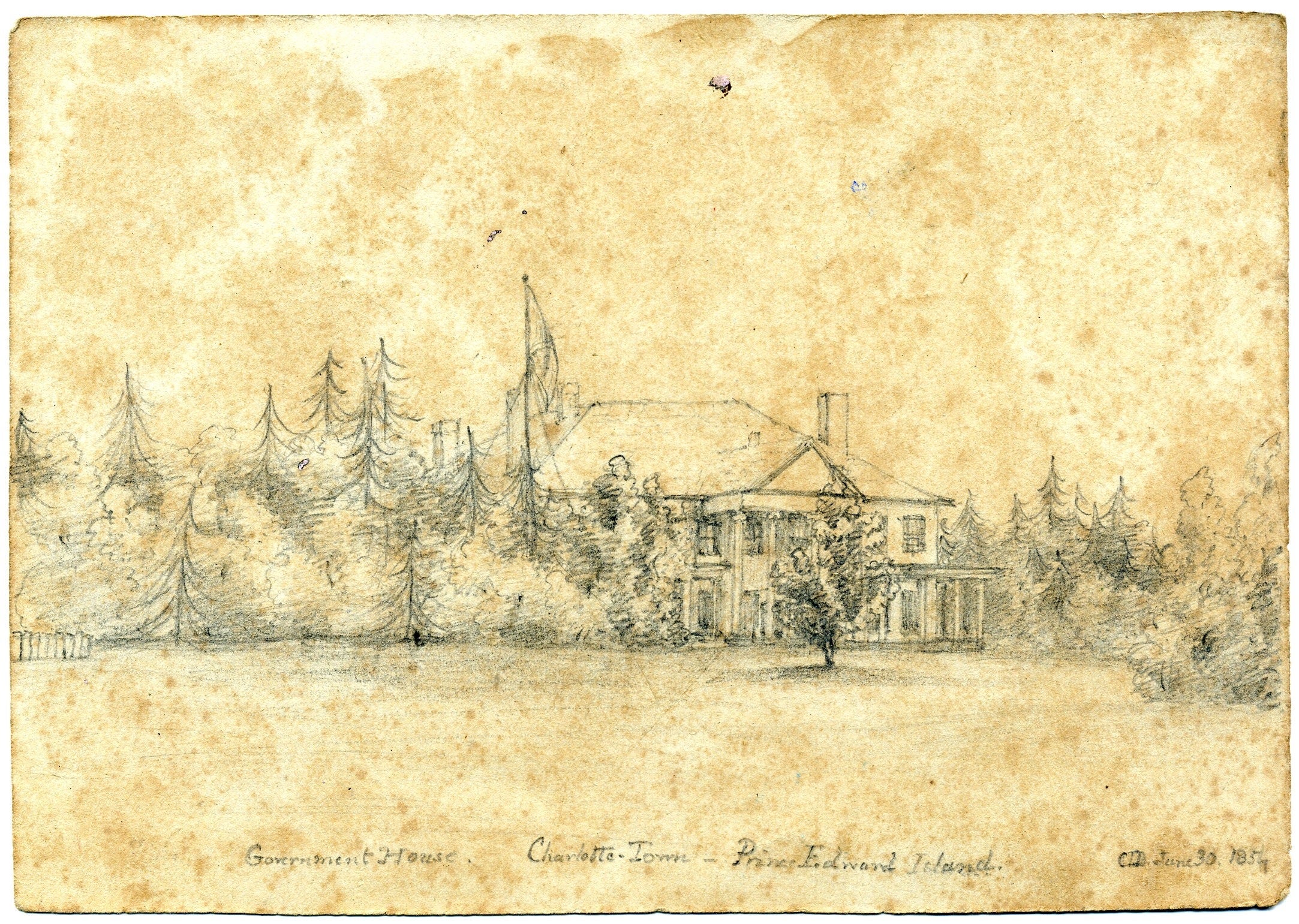 Nearly a century later, in 1969, the Charlottetown gallery purchased four pieces signed “C.L. Daly” from a collector in Montreal. They showed historical scenes of Charlottetown, something the gallery was always keen to acquire. The seller reported they were the work of John Corry Wilson Daly, a businessman of the early nineteenth century who was also the first mayor of the Ontario town of Stratford.

The gallery did what Matthie calls “some messy attribution research,” and determined that the paintings were really by Charles Daly, a municipal bureaucrat in Toronto who was also an artist and art teacher. Years later, the gallery acquired two more pieces signed C.L. Daly. They were automatically attributed to Charles Daly, piggybacking on the previous misattribution.

It was challenging for a small gallery to do research in this era. But Matthie’s modern-day digging revealed that there were no formal records of Charles having the middle initial “L.” Nor was there any evidence that he ever travelled to Prince Edward Island. John Daly didn’t seem to have visited either—or even to have painted.

Clearly no close attention was paid to the works themselves. Comparing works from all the artists involved and reference pieces of Caroline Louisa Daly’s from the family and government archives, Matthie noticed striking similarities, such as a consistent way of portraying trees and windows.

“I think it also comes down to what’s top of mind when you think of an artist. Most think of a male image,” Matthie said. Indeed, more than 150 years ago, Daly and her contemporaries were often relegated to the status of amateurs. “Women were allowed to be subjects, the sitter. Although they were doing art in many forms, it just wasn’t taken seriously,” Matthie explains. In a 1975 essay in Art Education, the scholar Cindy Nemser makes the case quite firmly: “most women find themselves outside of the highest art world circles.”

Access to formal art education was not common for women of Daly’s era. However, according to Matthie, she would have been well suited to training and a career in architecture. During a restoration of Government House, when a hospital wing for the treatment of wounded soldiers that had been built off the historic home during World War I was removed, local authorities used Daly’s pieces to guide their work.

Meanwhile, Daly would just swap work with friends, and enjoyed no public life as an artist. The work of others is included in the album of her work that was donated to Library and Archives Canada. That stands in stark contrast with the treatment of Charles Daly, who was known as an artist decades after his death. Incorrect information about him, including his tacked-on middle initial and credit for works he did not create, still exist digitally, including on Archives PEI’s website.

Consider what the curators who mislabeled Daly’s works decades ago were exposed to. A 2005 study published in Art Education found that, by the 1970s, few of the major art textbooks mentioned women. Just one, the 5th edition of the popular Gardner’s Art Through the Ages, issued in 1970, mentioned women at all: a paragraph and a few pictures devoted to two female artists.

Art books tend to canonize major artists who work with stone, bronze, or oil on canvas. As an amateur, Daly needed the inexpensive portability of watercolors or pencil on paper. “Oil is quite an undertaking that requires understanding from any of the people you’re around. It takes a long time to dry and it’s quite messy and stinky. It’s one of the limitations of working as an amateur in your parents’ house,” Matthie explained.

Today, there’s a growing interest in the portable, inexpensive, and often useful artistic works and handicrafts women produced. They’re interesting not just as historical artifacts, but as pieces of art or craft that merit attribution of authorship. Daly’s story reveals what one woman—albeit a privileged one—can do when she hones her craft.

Daly made artworks that reflect her time with vivid clarity. Her scene of Government House on a winter day perfectly captures how it looks in newfallen snow. One watercolor, a rare indoor scene, portrays the cramped but well lived-in cabin Daly stayed in during her long voyage to Australia in 1861.

In the eyes of critics, her works may seem to lack daring, but they were skillfully done and offer accurate documentation of life in her era. If only the record-keepers had been as concerned with the details. 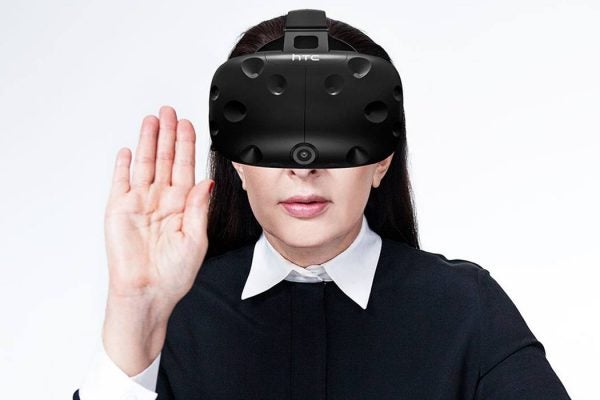 How Virtual Reality Could Change the Art World

Acute Art is a kind virtual reality marketed directly to artists. Marina Abramović, Olafur Eliasson, and Jeff Koons have been the first to try it out.