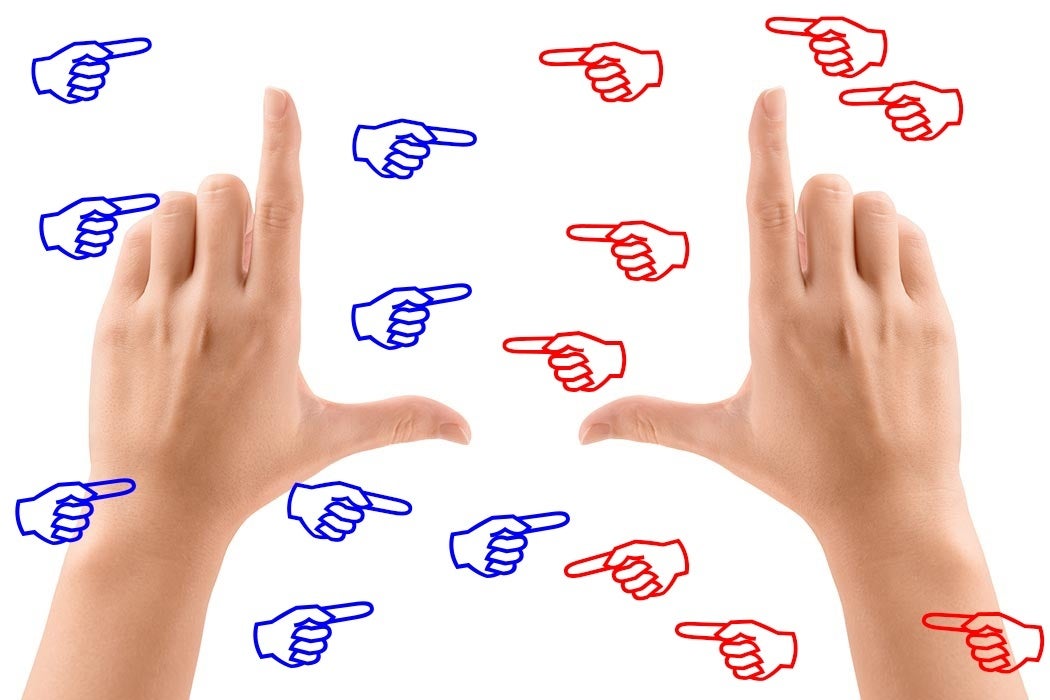 For people like me, Saturday morning yoga class is both a time to relax and a persistent mental challenge. Words like “right leg up; left arm out” have a way of stopping my flow, shutting off my breathing and making my mind go utterly blank. After my mini-mental shutdown, I subtly mime myself writing with my left hand—I’m a lefty. Then I need to mentally chat with myself to decide which body part goes where. Then I move. The process takes just a second or two, but I’m often the last in the class to glide into the pose.

It doesn’t stop there, either. Complex verbal directions easily get me scrambled—and I often transpose left and right. Being unable to find the hotel elevators based on the directions of the person at the front desk is normal for me. On the highway, I often ponder which way is East and which is West. I’ve driven miles in the wrong direction many times.

This is not something one owns up to in intelligent company—who over the age of five can’t tell their left from their right? As it turns out, lateral awareness is a more universal problem than you might think, with graver consequences than a perplexing workout or a twenty-minute delay in arriving at a destination.

Nine percent of men and 18 percent of women report a problem with left-right discrimination.

A recent survey of 800 people found that 9 percent of men and 18 percent of women report a problem with left-right discrimination. And when 290 undergraduate medical students from Ireland were tested on laterality using a series of stick-figure images, more than half of them had trouble, scoring less than 77 percent (the test had 144 questions). Both of these studies found that women struggled more than men; one of the world’s leading researchers on this subject, Dr. Gerard Gormley of Queen’s University Belfast, became interested in the subject because his wife often mixed up her left and right. (She’s a righty who also mimes writing to set herself straight.) The studies also found that lateral awareness did not affect intellect—although in practice, spatial reasoning troubles can make you feel like a doofus, in fact they do not indicate inferior intellect. (Phew!)

But why are left and right so hard to tell apart? If you’ve ever tried teaching a youngster to tie a shoe, you’ll know that left-right discrimination takes years to develop. One study of 148 children found only 70 percent of five-year-olds got seven questions regarding left and right on their own bodies correct. By age 10, 100 percent of kids were getting the questions right.

Telling left from right necessitates complex brain processes that include spatial perceptions, memory, language, and the integration of sensory information. The task is made increasingly complex when a person must identify laterality on someone else. Yoga teachers and other fitness instructors have it extra rough: While calling out to students to bend their left knee, the instructor has to raise their own right to mirror the class.

And when a person’s health is compromised, particularly their neurological health, left-right discrimination becomes even harder. Heroin-dependent people, for instance, don’t do well on left-right tests—and women on the drug do worse than men. People in pain or who suffer from brain injuries can lose their orientation abilities. After age 50, the skill starts to decline.

On an everyday level, this leads to many a squabble over wrong turns on the road or to calling out “no, the other left” while hanging paintings. Laterality-challenged children avoid certain playground games. And then there is the problem of directions: Any laterally-challenged person knows the terror of finding themselves turned around in an unfamiliar city and having someone say, “Just take a left, and then a right, and then another right, and then your second left…”  To process this, memorize it, and then execute it while walking down distraction-filled streets can prove a cognitive challenge (as well as a serious safety concern).

Pity those who spend time on boats and must keep their port and starboard straight (a clever construct that gets around issues of perspective and rotation). In theater, even the most savvy can struggle with stage left and stage right, upstage and downstage, and must flip the whole thing when they need to talk about house left or house right (where the audience sits). More seriously, those working in construction or transportation rely on strong directionality skills for safety. Consider the life-or-death consequences of a disoriented helicopter pilot or a crane aimed in the wrong direction.

However, the field under the most pressure to avoid lateral confusion is medicine. In the dentist’s chair, there’s money wasted when hygienists x-ray the wrong tooth. It’s even worse when a left-right-disoriented dentist pulls one or more teeth from the incorrect side of the mouth. It’s even more serious in general surgery: A 2011 report estimates that there are 40 wrong-site surgeries done weekly in the U.S., and many of those involve mixing up a patient’s left and right. This is a devastating problem: If a doctor removes the healthy kidney and not the cancerous one, the results can be fatal. Wrong eye? Now we have a fully blind patient.

Healthcare professionals work in tricky circumstances that make laterality harder. For them, distinguishing left from right almost always requires rotation. During a consultation, a patient is often sitting up, but that same patient is likely lying down during the subsequent procedure. The doctor or nurse’s perspective in the operating room could then change if he or she moves around the room while the patient stays stationary.

In addition, in medical situations—and in the transportation and aviation industries—there’s often time pressure and a bustle of other things going on. A 2015 study of medical students found that distracting people with sounds impacted their ability to tell left from right, and interrupting them with cognitive tasks made matters even worse. This is why the second item on the WHO’s Surgical Safety Checklist asks if the surgical site is marked—ideally by someone not distracted, and well in advance of the pressures of the operating suite.

What can be done about the laterality problem? Researchers use something called the Bergen left-right discrimination test to determine if patients struggle with this cognitive task, but anyone can assess themselves with a quick online test offered by the University of Washington. When the school first released the test, it was so popular that online users crashed the site. (I took it and performed rather poorly: It took me twice as long to assess left versus right compared to up versus down.)

Doing tests like this repeatedly—or trying the Recognise series of mobile apps, which offer exercises geared at people with injuries to help them relearn laterality—can help. But a 2014 study found that, although people got better after doing the tests many times, they may simply have memorized and honed their test-taking strategies without actually fine-tuning the mental process involved in knowing one side from the other.

That leaves us with our mnemonic devices. Some wear a wristwatch. Others make a capital “L” with their fingers. But it’s been shown that people who use mnemonic devices, particularly in a medical setting, are those the most likely to make mistakes. Our tricks fail, in other words, and practice doesn’t necessarily make perfect. Those of us who don’t know our directions cold are trying, but sometimes even this most basic of tasks gives us pause. 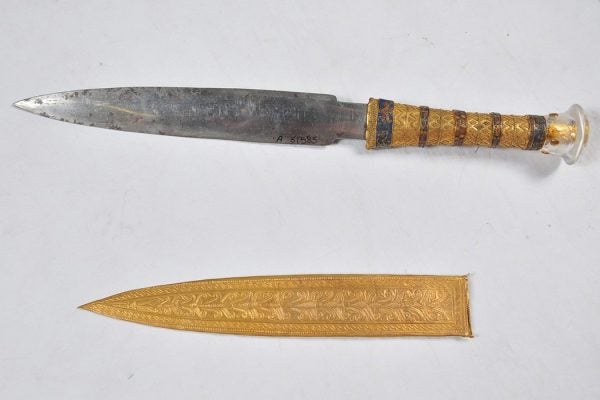 Why King Tut Had A Meteorite Knife

What do you get the boy pharaoh who has everything? A dagger made out of meteorite iron, of course.