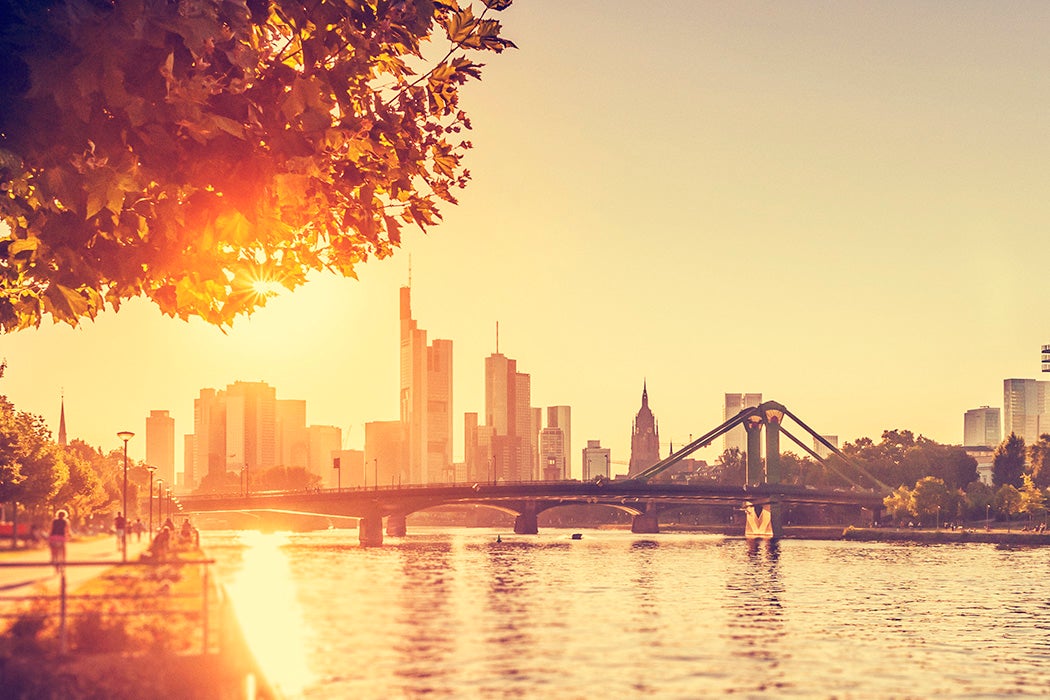 It’s not just you—many parts of the world are experiencing more frequent and more intense heatwaves due to the accelerating effects of climate change. And while these heatwaves are bad news for everyone, they may be felt more acutely in urban areas.

Almost three-quarters of Europeans live in cities, so addressing heat risks that are specific to urban living is critical for the European Union. Climate change aside, the urban heat island effect already leads cities to be warmer than the countryside. Densely packed, tall neighborhoods, surrounded by dark pavement, absorb more heat than do less developed areas. Consequently, cities also emit more heat at night. The city gets hot and stays hot. And this urban heat does more than make the living environment uncomfortable. Persistently high interior temperatures can lead to respiratory diseases, including lung cancer and pneumonia, and even to death.

Researcher Julie Donner led a Berlin-based team in a study to determine how cities are addressing the issue of urban heat hazards. While most EU development projects are legally bound by climate change legislation, her team asked if the extant climate action plans were more focused on mitigation (the reduction of greenhouse gases) or adaption (implementing measures such as increasing urban vegetation or open spaces).

Donner’s team selected twenty-four of Germany’s most densely populated cities and evaluated their climate plans. The team found that though climate is at the forefront of all the plans, the suggestions and action points tend to focus on carbon emissions and mitigation, with less attention given to heat and adaptation. Adaptation strategies such as upgrading housing insulation make few appearances in the plans. On the other hand, seventeen cities recognize the importance of “fresh air corridors that safeguard an air exchange between cooler air from the outskirt areas and the warmer urban air.” This positive is unfortunately counterbalanced by the low number (eight) of plans that consider adaption strategies such as albedo enhancement (increasing light-colored surfaces and reflectivity). Natural and synthetic updates in this area could keep homes—and people—cooler without requiring additional air conditioning.

There’s still a reliance on traditional cooling systems, but “the issue with air conditioning is that it would in turn lead to increased energy demands which is dependent upon the energy mix to additional emissions and thus gives a potential rise in temperature.” Donner suggests instead the “greener” alternatives of restoring or creating bodies of water, which deliver a cooling effect due to evaporation, along with surface unsealing (the removal of asphalt and concrete) to “reduce heat accumulation and increase surface percolation.” However, fewer than half of the plans respond to research that indicates that unsealing “can provide greater benefits to urban climate than CO2 reductions.”

Many of the cities studied look to open spaces to mitigate heat hazards. Natural updates such as green spaces can add shade, provide clean air, and minimize pavement which absorbs heat.

Public transportation upgrades, though costly, have many long-term mitigation and adaptation benefits. Driving leads to traffic jams that impact air quality and contribute to warmer global temperatures. Fortunately, most of the cities included in the study are already planning efficient and sustainable public transportation. Some, including Frankfurt, are also analyzing traffic to determine whether heat waves themselves lead to certain diurnal traffic patterns. “Providing public transport shelters offering shade and lower temperatures” are also proposed to help manage the urban heat burden.

Mitigating heat doesn’t end with one or two upgrades, suggests Donner. The new, hotter normal requires urban planners to consider heatwaves from conception to construction. And while this study makes clear that European cities consider climate change an urgent problem, “even ten years after the [2003] European heat wave which caused 70,000 deaths, the importance of heat adaptation strategies is still underestimated in many German cities’ policies.”

As Donner concludes, “there remains a need for guidance and more knowledge exchange among the cities on mitigation/adaptation options and preferably information on their effectiveness, to further assist cities in tackling heat stress.”