Can an Emoji Ever Be a Word? 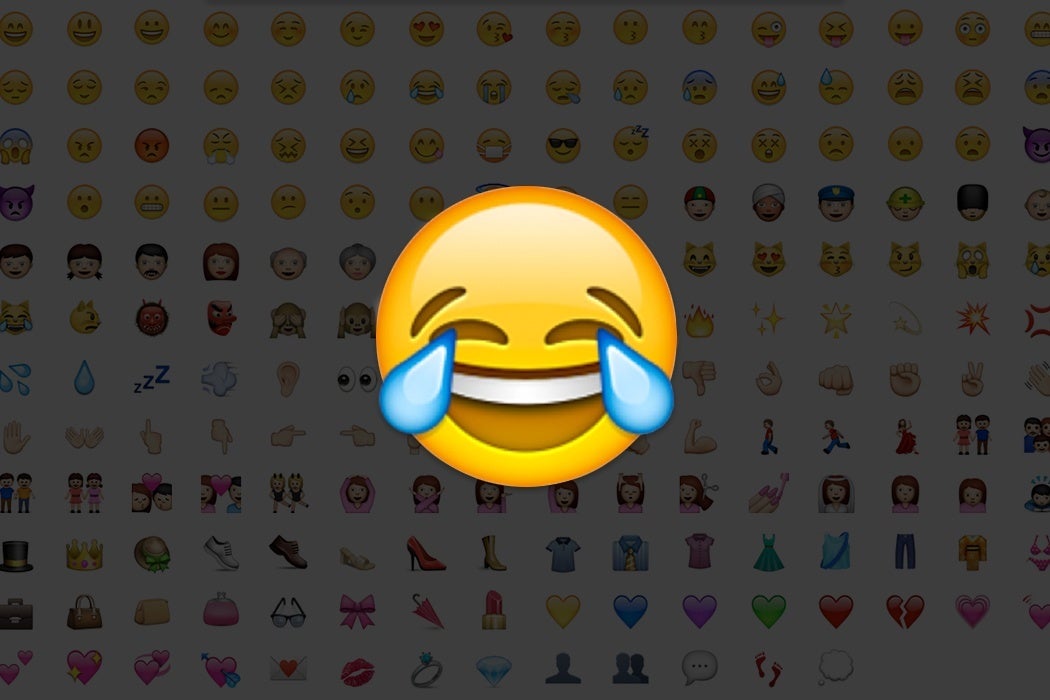 You might be forgiven for thinking that the merry band of lexicographers at Oxford Dictionaries were trolling us all when they announced their word of the year for 2015: ‘?’. Judging from the many incredulous responses to the news, everyone knows that ‘?’, described as a pictograph, is definitely not a word. It doesn’t even go in the dictionary (even if it has a lot of feelings)!

Is this idea just a limp-wristed media stunt to get down with today’s youth, or is there perhaps something to it? Even if you don’t heart emojis or their use, it’s hard to deny their growing impact on the cultural life and language of the internet. Could emojis and other such symbols ever be words? To find out, they’d have to walk like a word, talk like a word (and quack like a duck, or some kind of serious abductive test like that). And to know that, we’d first have to know what a word even is.

It might surprise you, but it turns out that defining exactly what a word is is not easy. From the Ancient Greeks onwards, philosophers and linguists have been wrestling with this very question. So far, defining “word” is still an unresolved linguistic mystery.

So what IS a word? It’s complicated. Margaret Masterman’s 1954 philosophy of language paper on the subject categorizes three common, yet distinctly unhelpful responses to this question:

Essentially, most people assume we already know what a word is, but no one really knows for sure because languages can be weirder than expected in the ways they choose to encapsulate meanings. Often linguists avoid eye contact with the definition and end up using other technical labels that behave better, such as morphemes, lexemes, graphemes, roots, stems, tokens, etc.—all of which overlap with some notion of the word.

If it’s not in the Dictionary, it’s not a Word

On a naive level, most of us are pretty sure we know what a word is. It’s one of the first concepts we absorb as soon as we learn to read. As reported by A. Sterl Artley’s 1975 paper, a British study of children suggested that, before the advent of literacy, it’s quite likely that we had no meaningful idea of the existence of words, though we were using them. Words become more salient once we enter the textual realm. Visually, they’re handily delimited by spaces. But words can still exist outside of the written symbol, such as in spoken or gestural languages that do not have a written form. It’s not the act of being written down or being bounded by white space that defines what a word is.

Perhaps we instinctively know what a word is and what it ought to look like because we’re used to looking it up in a dictionary. Oxford Dictionaries defines the word as “a single distinct meaningful element of speech or writing, used with others (or sometimes alone) to form a sentence and typically shown with a space on either side when written or printed.” (You might note that as it stands this definition doesn’t actively exclude emojis, which are also, like writing, meaningful symbols in a textual medium). Dictionaries end up by default as our linguistic authorities for the regular working state of the language. They record most known words and their common meanings. So, we might assume if a word happens to be in the dictionary, then it’s a word. If it’s not in the dictionary, it’s not a word.

So is an emoji not a word because it’s not in the dictionary?

If we decide to “pin our faith blindly to the Oxford Dictionary,” as Masterman would have it, there isn’t really a problem. For most, dictionary definitions work fine for typical words (so please don’t throw out your dictionaries just yet). But a dictionary is still only a guide to language, not a definitive source of it. Lexicographers have to choose and record new words from somewhere and generally they track how people actually and popularly use language. “The common idea that it is the dictionary that ‘defines’ the word, or that gives it its meaning … is a common error, and one that is directly or indirectly responsible for some of the common blocks and imperfections in communication,” Artley quotes. Truth be told, not all senses of a word are even captured by your standard dictionary entry, particularly when we include figurative usage. So while dictionaries are pretty useful, lexicographers are ultimately not the boss of you when it comes to what makes a word a word.

There are actually plenty of words we use that never make it to the dictionary. These include certain names, acronyms, slang terms, technical jargon, long compounds and the like. It doesn’t necessarily make sense to include these words in the dictionary, often because their meaning can be reasonably derived from their components, such as in the case of certain compound words composed in a language like German. In a similar way, a compound phrase in English such as “government tobacco price support program“, separated by spaces, is also actually a single word — which is not always recorded in the dictionary.

Sure, maybe you can’t use these non-dictionary words to win a Scrabble game but they are still words and we still use them. Evidently, we can’t just depend on the authority of a dictionary to determine whether something is a proper word in every case. And if in the future a novel unit of communication such as, oh, I don’t know, the emoji, nudges its way into a respectable dictionary, does that automatically make it a word? Rather than naively pointing to a dictionary for proof of ‘wordhood’, we clearly need something more.

Does an emoji behave like words that we know and ❤? We’ve previously discussed how emojis and their relatives, emoticons and reaction gifs, are providing a whole new level of rich paralinguistic information in the internet age that was formerly lacking in written communication. Emotive nuances and intentions, once conveyed through whole phrases, can now be added to sentences through a handful of pictographs, which softens easily misunderstood statements. In this role, emojis have been described as a kind of richer (or sillier) set of punctuations for the web. However, the increasingly inventive and more complex use of emojis, both alone and with traditional writing suggests that emojis may be developing into something more linguistically significant—if not actual words, at least more word-like than we might have expected when they were first introduced.

The words we’re more familiar with are composed alphabetically in their written form and phonetically in their spoken form. However, if we look at the many languages of the world, words can have their little quirks. Emojis are pictographs—but so are Chinese words and Egyptian hieroglyphs. Emoji pictographs are not arbitrary forms disconnected from their real concepts, in the Saussurean sense—but neither are onomatopoeic words or words in sign languages, where some signs can have a meaningful relationship to the action or object being conveyed. Sign languages, too, show that words can be gestural and don’t have to be spoken or written.

One persuasive argument against emojis is that they don’t participate in morphological or grammatical processes in the same way as words do. The word ‘organization‘ for example, is made up of word parts organ + –ize + –ation, each of which contributes some meaning to the overall term. An emoji can’t be broken down any further but is a single standalone unit. Similarly if I want to refer to more than one of something, such as a cat, I’d have to add a plural suffix –s to make it ‘cats‘.  “?s” is not really what we use when translated into emoji.

But in this study of words and word compositionality, Mark Aronoff presents data from Al-Sayyid Bedouin Sign Language (ABSL) showing that words, surprisingly, are the most basic linguistic unit of the language. They can’t be broken down into smaller morphological parts—similar to emojis. Speaking of Chinese, ABSL also has no inflectional morphology, meaning things like grammatical plurals aren’t shown by altering the word. Some have pointed out that because emojis can’t be pronounced, they can’t be real words. But likewise ABSL does not seem to have a familiar ‘phonological’ system (usually consisting of typical handshapes and movements) that allows words to be pronounced consistently. Instead, like emojis, each word is one conventionalized sign.

And if that wasn’t enough, it appears a very rudimentary emoji syntax is starting to emerge, with strict patterns developing on sequential emoji ordering that most people adhere to without even knowing it. Computational linguist Tyler Schnoebelen apparently found sequences such as the example below, in which weeping occurs before a broken heart, to be a more common order than the reverse (although logically they could be in any order to represent the same sad state):

But it turns out we can point to an even older example of an emoji-like symbol becoming word-like and infiltrating both the English language and the Oxford English Dictionary: I❤NY or “I Love New York”. It’s due to this iconic 1977 logo that caused ❤ to be widely read (and pronounced) as a symbolic alternative for the verb ‘love’. The symbol then developed another humorous reading as the more literal ‘heart’, which became a widespread colloquial synonym of ‘love’. Most don’t have trouble reading or pronouncing this symbol in writing. This verb sense subsequently entered the OED in 2011. So in a sense, an emoji symbol has already ‘become’ a word and entered the dictionary.

All this is not to say that emojis are words, but that they shouldn’t be discounted as a new and unusual force in language simply because they don’t look like other, more traditional words. The truth is that “word” is complicated to define. Can an emoji ever be one? ¯\_(ツ)_/¯ Whether they are ultimately words or not, what’s clear is that they’re straddling the divide between fast-paced human speech and codified writing and emerging as something quite fascinating in the world of human communication. 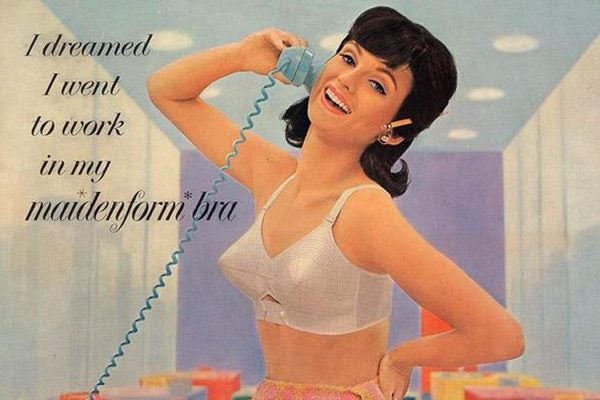